I have been after one of these DCU's for quite some time and was lucky enough to source a very nice used one. To top it off, the 1st MARDIV patch is theater made.

I don't know if you can see, but on both sleeves, there have been two small velcro squares that have been either glued or sewn on. These would have been for the attachment of glint tape.

As far as the 1st MARDIV patch on the right sleeve, these were authorized as combat patches for US Army units who were attached to US Marine units. The 2nd Infantry was attached to the USMC during their 2004/2005 deployment to Iraq.

Here is a little history of the 2nd ID in Iraq:

In Iraq, the 2nd BCT was given strategic command to much of the sparsely populated area South and West of Fallujah. Their mission, however, changed when the major strategic actions began to take place within the city of Fallujah. The 2nd BCT was refocused and given control of the eastern half of the volatile city of Ar-Ramadi. For this mission, the Brigade fell under the direct command of the 1st Marine Division and for the second half of the deployment they were attached to the 2nd Marine Division. This command structure was ironic in that during World War I the 5th Marine Regiment and the 6th Marine Regiment of the 1st Marine Division had fought under the US Army's 2nd Infantry Division.

The 2BCT fought in the Fallujah offensive in November 2004 and provided Iraqis the opportunity to vote in the historic national elections of January 2005. They spent the past year helping the citizens of Iraq build a secure future by battling the insurgency and establishing more favorable conditions for the emerging democratic Iraqi government. The 2BCT also trained and partnered with thousands of Iraqi Security Force soldiers, enabling them to better secure their country. Additionally, the 2BCT provided humanitarian relief to hundreds of displaced civilians, schools, hospitals, and the underprivileged across its area of operations. In August 2005, the 2BCT redeployed from Iraq to its new home at Fort Carson, Colorado. 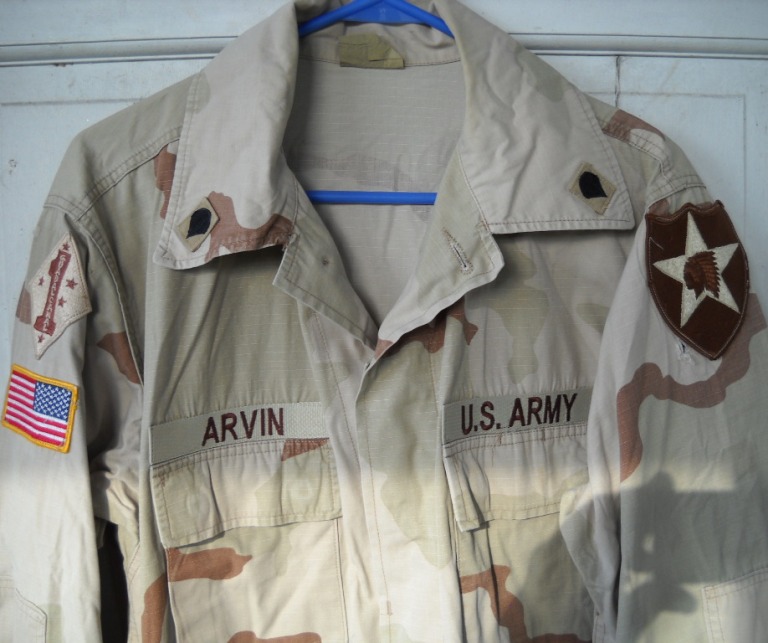 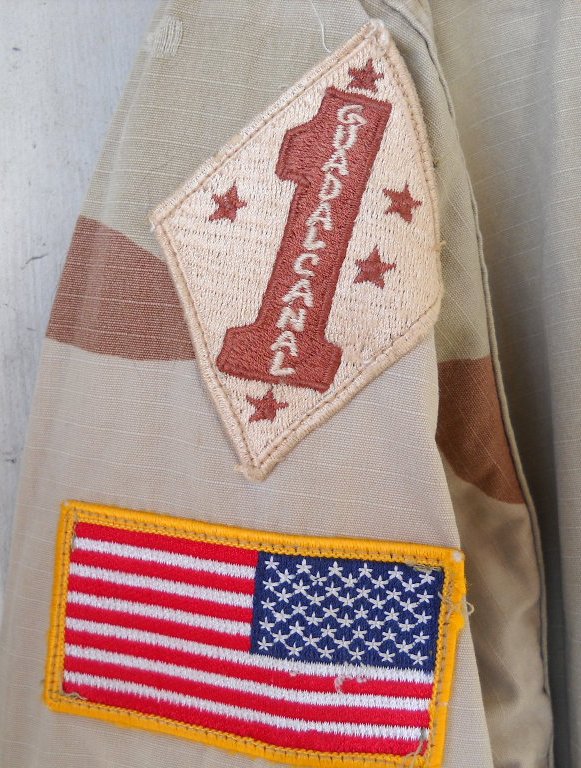 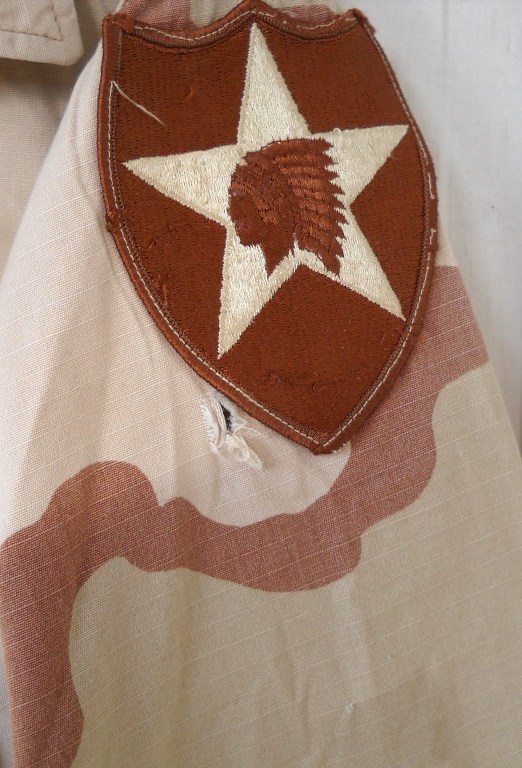 The 1st Marine Division shoulder patch originally was authorized for wear by members of units who served with or were attached to the Division in the Pacific in World War II; it was the first patch to be approved in that war and specifically commemorated the division's sacrifices and victory in the Battle for Guadalcanal. It features the National Colors - red, white, and blue - in its diamond-shaped blue background with red numeral "1" inscribed with white lettering, "GUADALCANAL." The white stars featured on the night-sky blue background are in the arrangement of the Southern Cross constellation, under which the Guadalcanal fighting took place.
http://www.i-mef.usmc.mil/external/1stmardiv/history/insignia.jsp


Since the 2nd Brigade Combat Team fought along side their Marine brothers in Iraq during the HELLACIOUS combat of Fallujah and Ramadi, they were authorized to wear the USMC 1st MARDIV patch as their combat patch since they were attached to them during that time.
_________________
Always looking for Central American militaria 1965 to 1991. Especially items relating to Coronel Velasquez El Salvador Armed Forces
nkomo

Thanks, Steve! It is definitely a "been there, done that" jacket!
_________________
Always looking for Central American militaria 1965 to 1991. Especially items relating to Coronel Velasquez El Salvador Armed Forces
Gemini

Thanks for the information.
nkomo

Thanks for the information.

You are quite welcome, sir.