I found an odd bush jacket that has an absurd degree of tailoring, and no markings, whatsoever. I know that we try to stick to *military* subject matter, and that police items sometimes slip past only because they're kinda' paramilitary... but if this represents something well-known that I am ignorant of, I'd appreciate help identifying it.

I also know that this could have been the property of some dude who was neither military, nor police-- and he might have just had it made for him, for some reason. 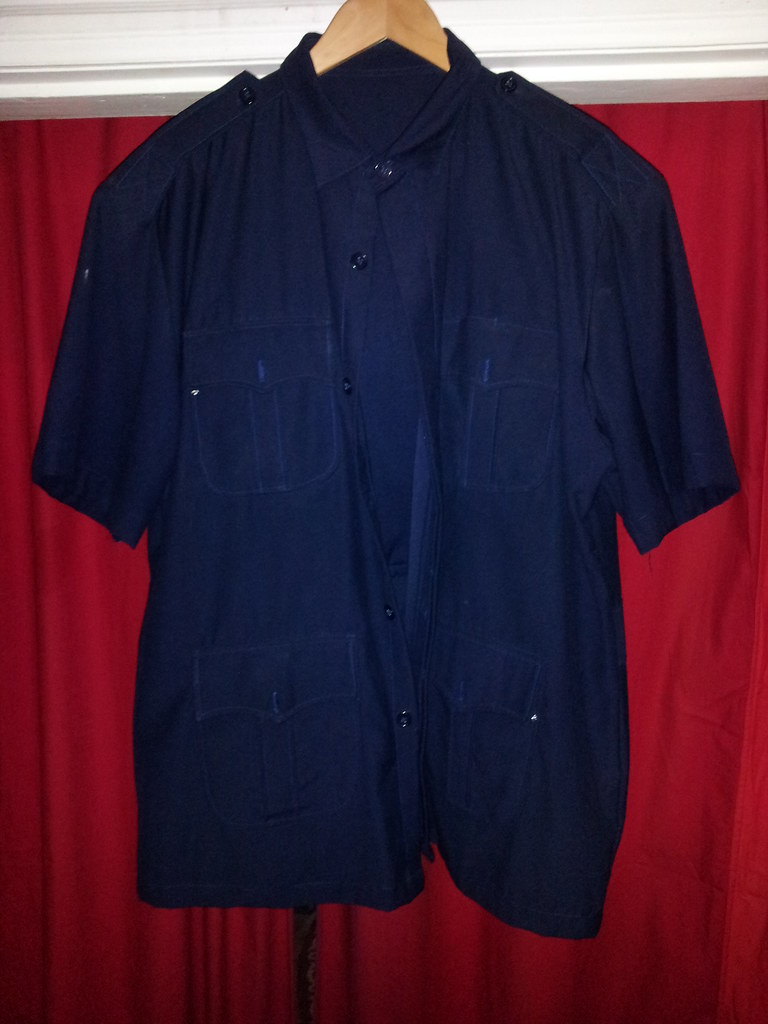 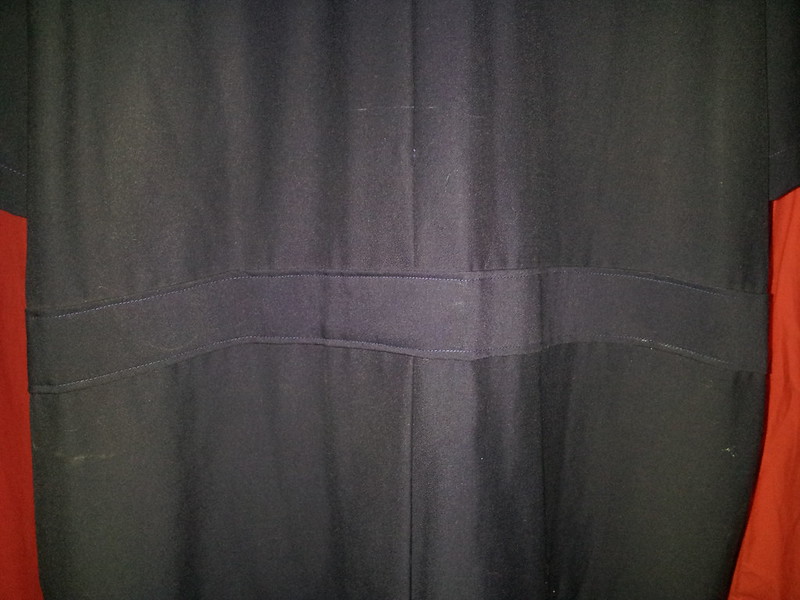 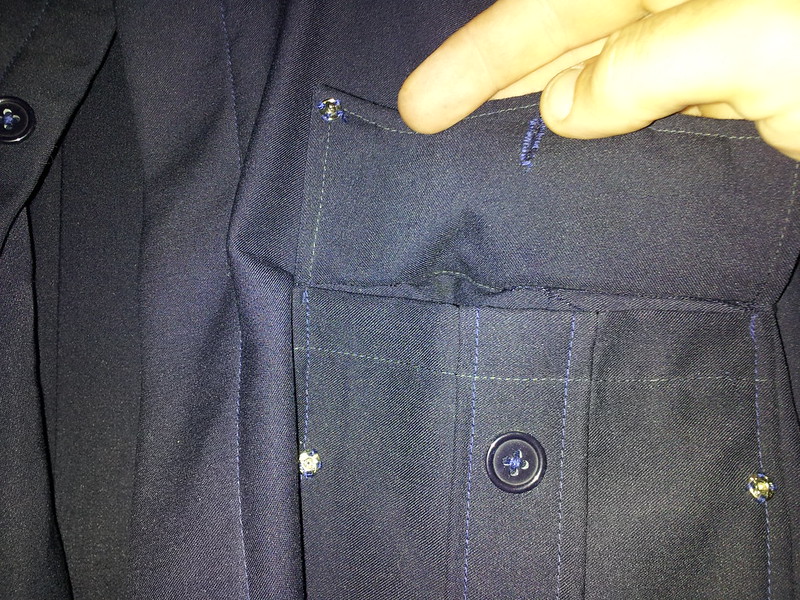 Tiny snaps... totally something from the fabric store, right?

If this was somebody's Halloween costume, they went nuts with it. I know it isn't SAPD, because I have one of those from '89, and it is a very *official* looking piece of kit
(clearly marked, and no-nonsense military in nature).

Not many clues to go by ... could have been run up by an Indian tailor in the Far East for all we know ...
sh4pak

Yep. That was my thought as well. Thanks for taking a look.