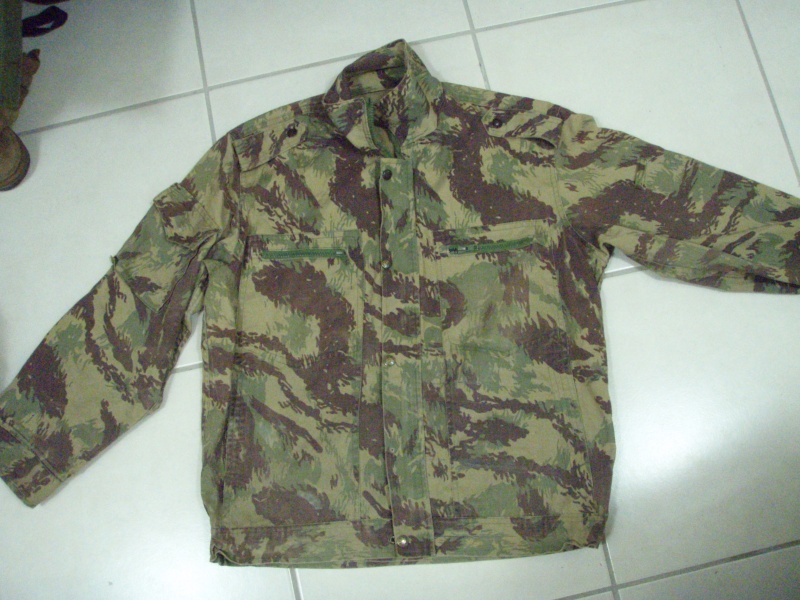 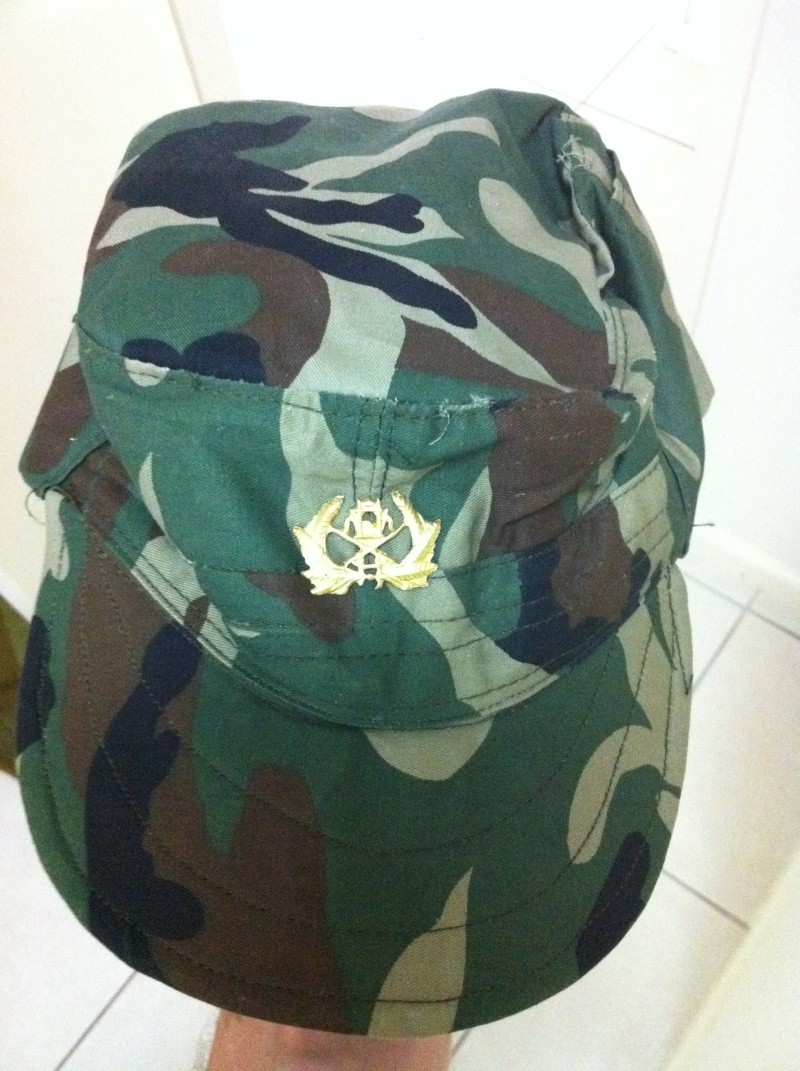 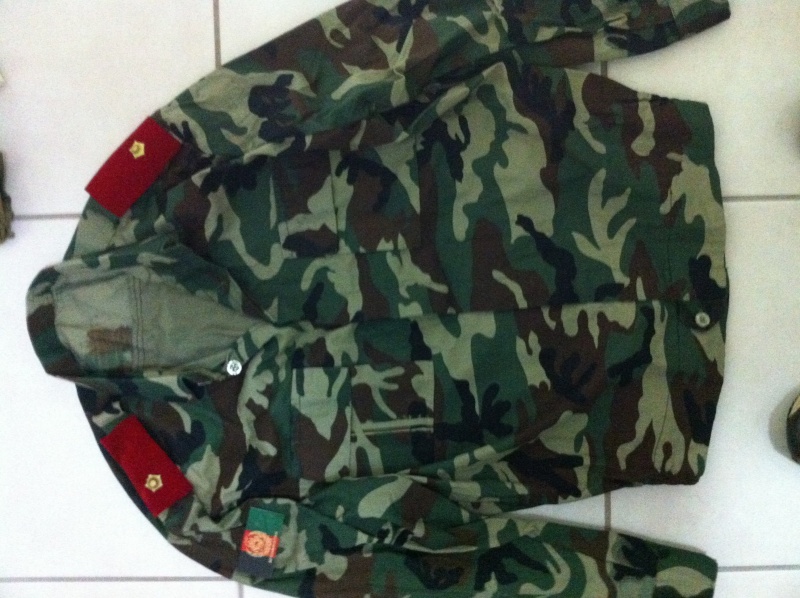 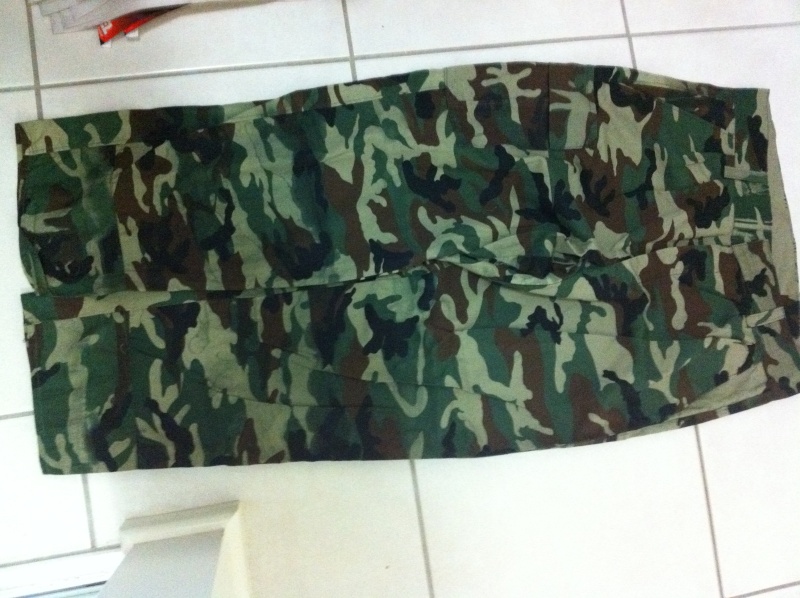 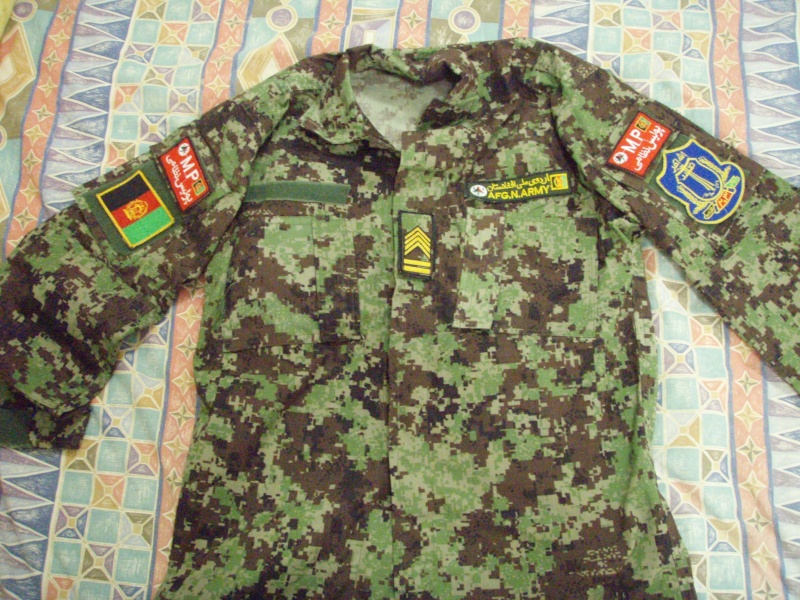 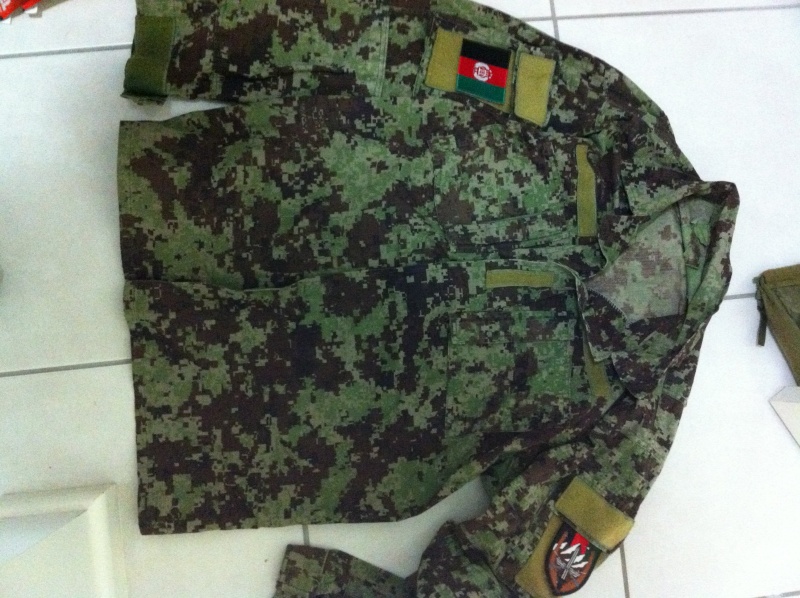 Excellent collection of Afghan stuff! I don't think I've seen a woodland set like that in a collector's hands. Good one. Could be Chinese made? Certainly the Chinese had Woodland during that timeframe and the print looks similar.

I'm curious about the Chinese cut of the NA cloth. These were readily available for a period of time. I had 2 or 3, all sourced from China. I've never seen any evidence of them being used in Afghanistan. As was common at the time, surplus runs of cloth from legitimate contracts were made into PLA cut uniforms and sold commercially.

I had one legitimate set of NA and it was in a traditional ME style 2 pocket shirt and trousers. Based on a few pictures I think it's consistent with that one.

So the question is... do you know for sure that your jacket was used in Afghanistan? It wouldn't surprise me too much, it's just that up until now I've not seen any evidence that it was.

Great stuff, sir. Looks like your woodland set is the same as the set I posted back in 2012.

I originally thought it was an early ANA pattern, but was told it was Taliban era camouflage. I have always wondered if these were ever used by the early ANA.

As far as I am aware yes it was used by early ANA, the woodland and Taliban leaf uniforms came from the same ANA officer and worn by him, maybe not i'm mass use by ANA but was as a time.
Steve with the NA lizard I have seen many different cuts of them used in photos and this is a jacket not a shirt, has Chinese stamps so could be just Chinese.
CollectinSteve

It's a standard Chinese Type 9x (where x = a specific year of the design) jacket design. There were a few variations and I don't remember what the differences are, but either way it's a standard PLA cut. As far as I know this cut was not exported to other nations, though it was widely used as a commercial uniform using surplus cloth. All have PLA type markings, though someone who knows the details of those markings (not me!) can see that they are not PLA.

The Chinese wore this as a standard top without anything, or just an undershirt, worn beneath.

I think I have sold/traded all of my Chinese cut uniforms in the NA pattern, but I did check some pictures and yours is the same type as mine.

If you have a picture of this exact cut being used in Afghanistan that would be cool to see. I've tried to find one and so far haven't. 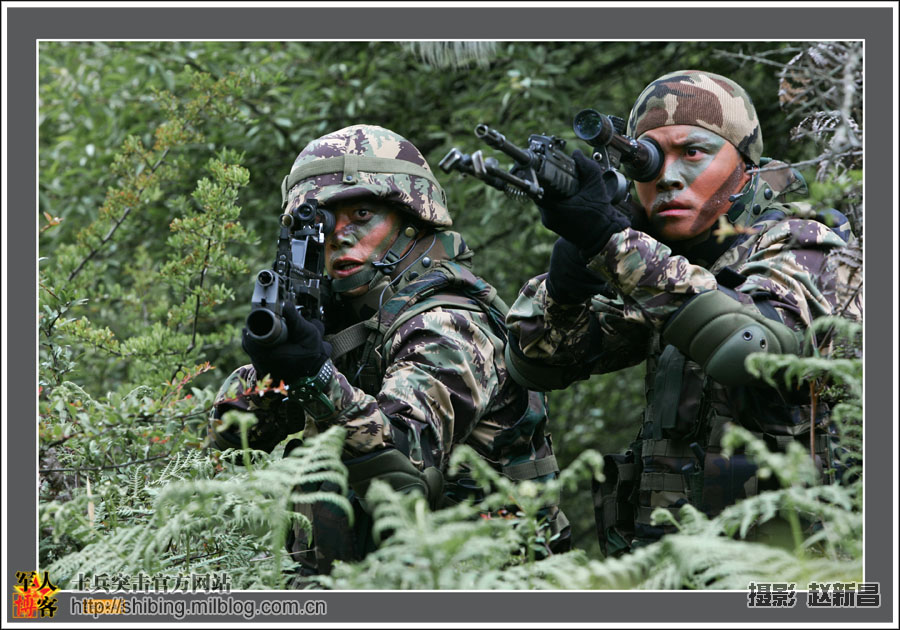 Chinese soldiers in training with this pattern
The only garment in this pattern that received the north aliance after September 11, 2001 are cap shirt pant and parka
See my website, the parka is same cut than the parka of the second pattern
http://vonstuckcamouflage.free.fr/afghanistan.php
Gilles
CollectinSteve

Interesting. They don't appear to be wearing the same jacket. The left sleeve should have two fairly easy to see loops on it, and I don't see it. Also, if the colors of the picture can be believed this is a more yellow version that was used for uniforms made by Rothco. Standard BDU cut with epaulettes, IIRC. I might even have one of those around.

Maybe this picture is for Airsoft or something other than actual military use?

Yes, that looks like a TV show to me. The other pictures show the right arm, which clearly is not the uniform that started this discussion. There's a buttoned pocket there instead of the snap pocket. 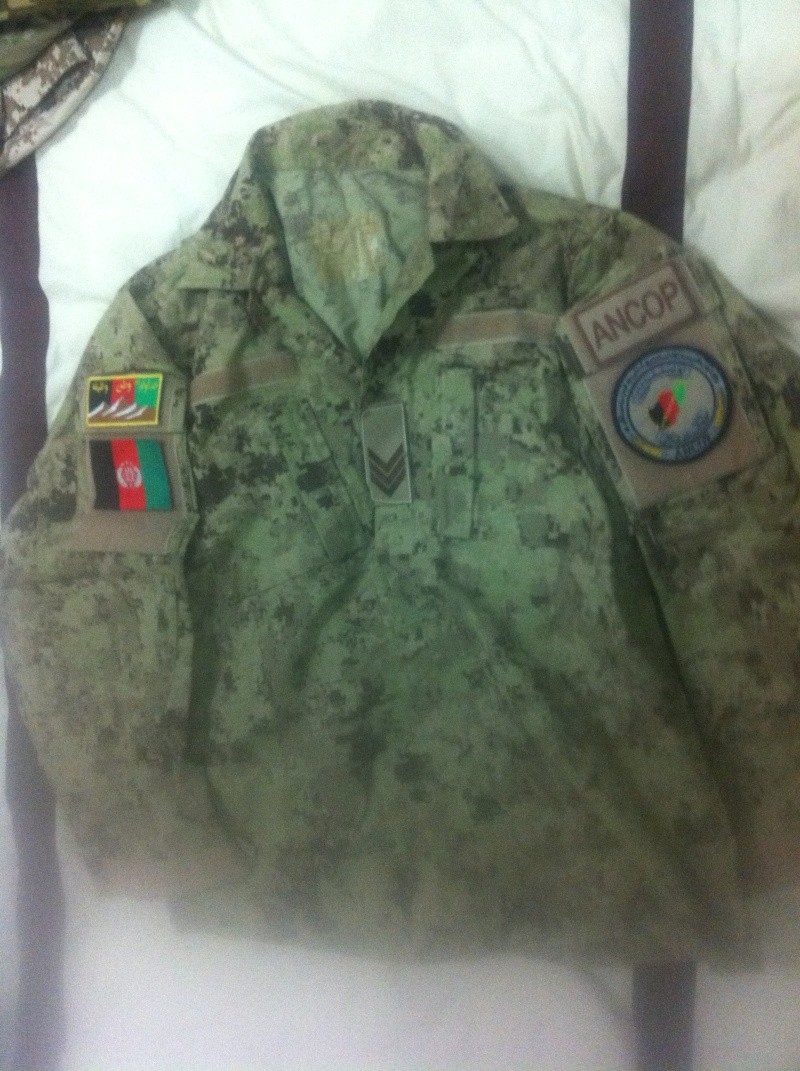 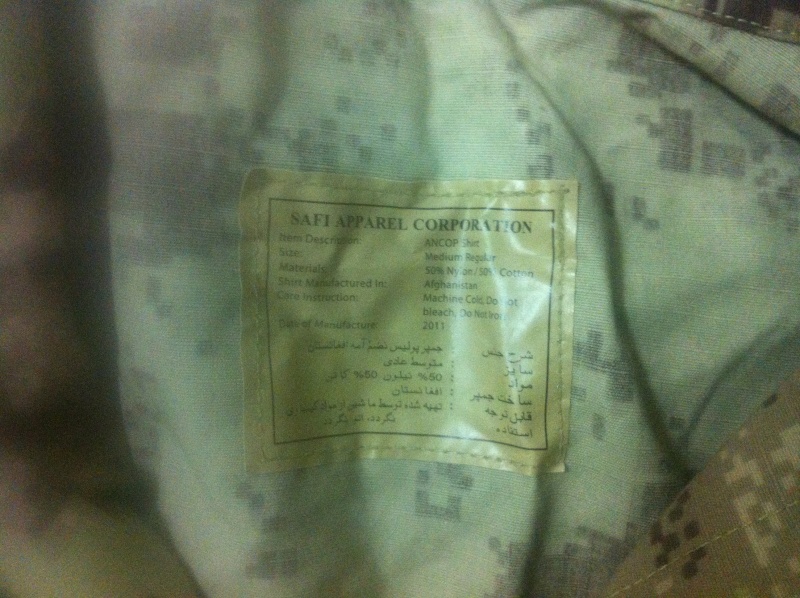 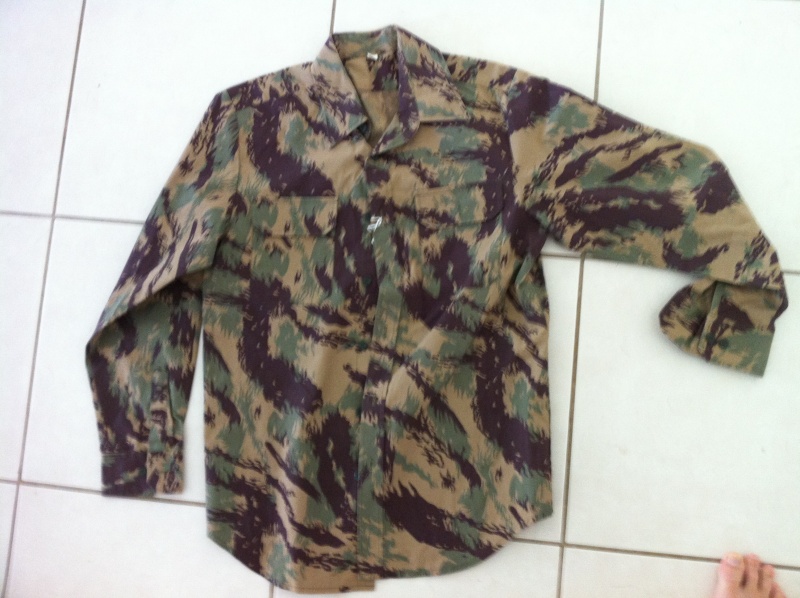 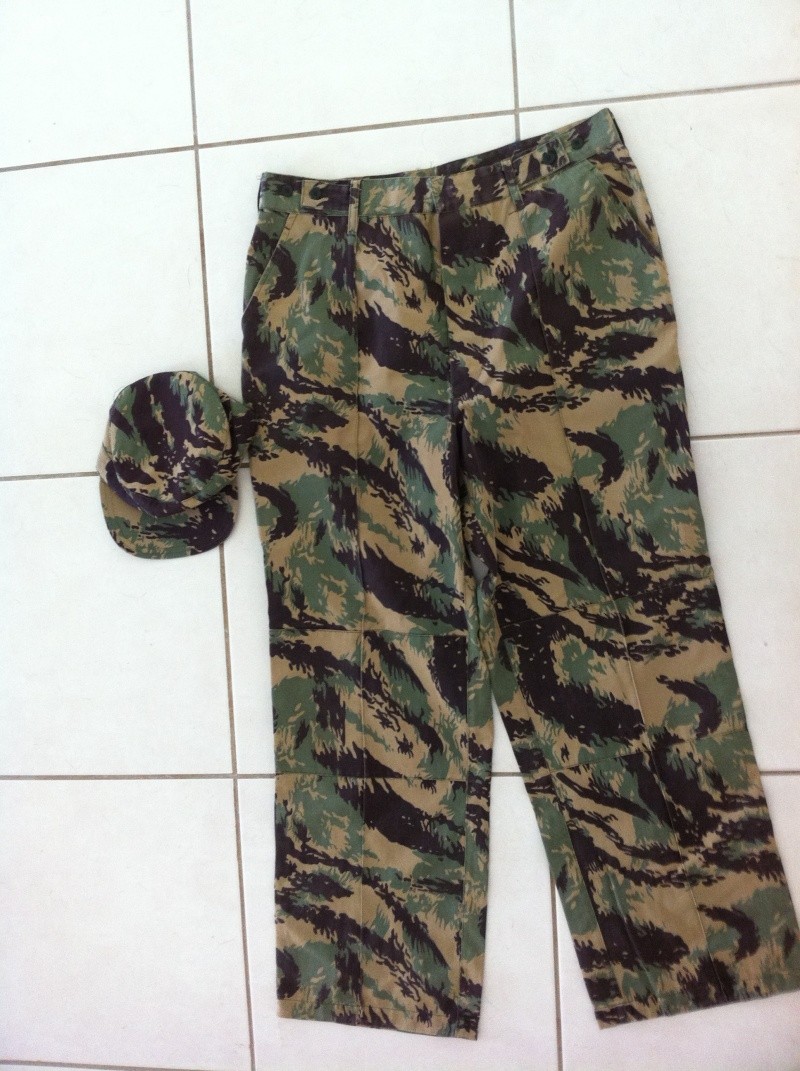 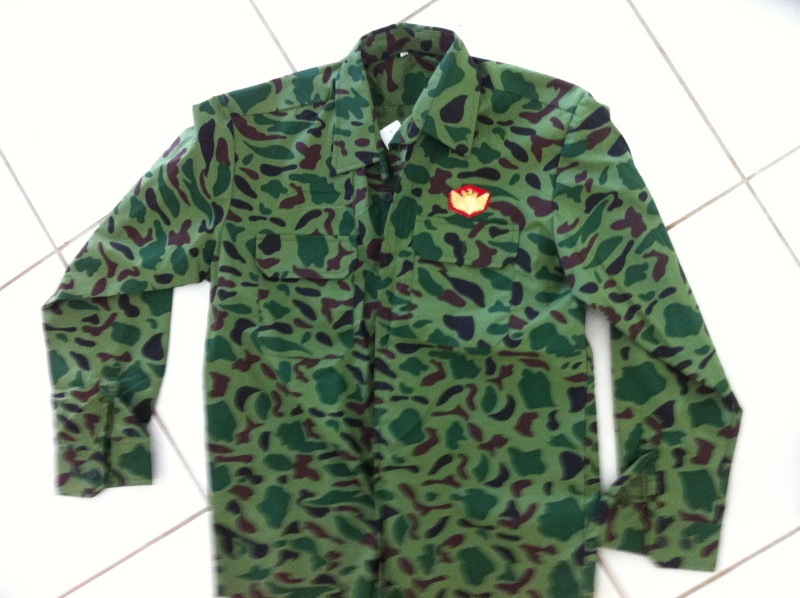 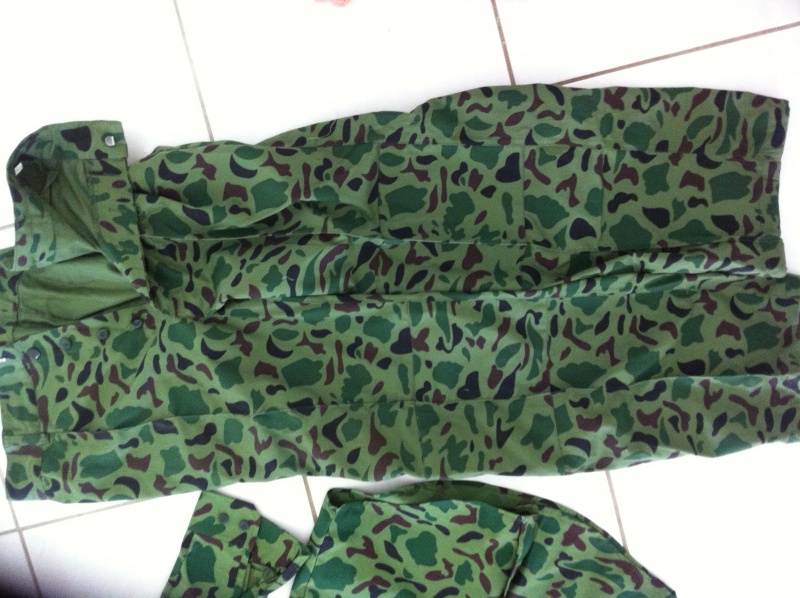 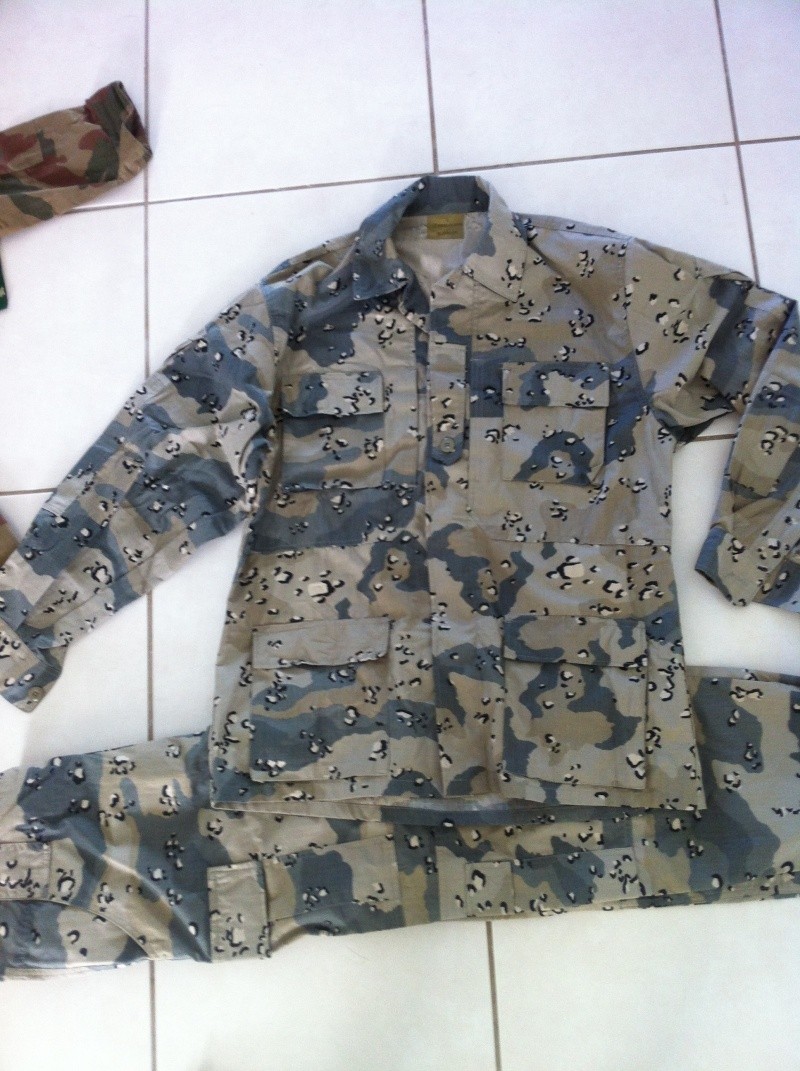 Nice seeing something new, thanks for sharing that ABP uniform! 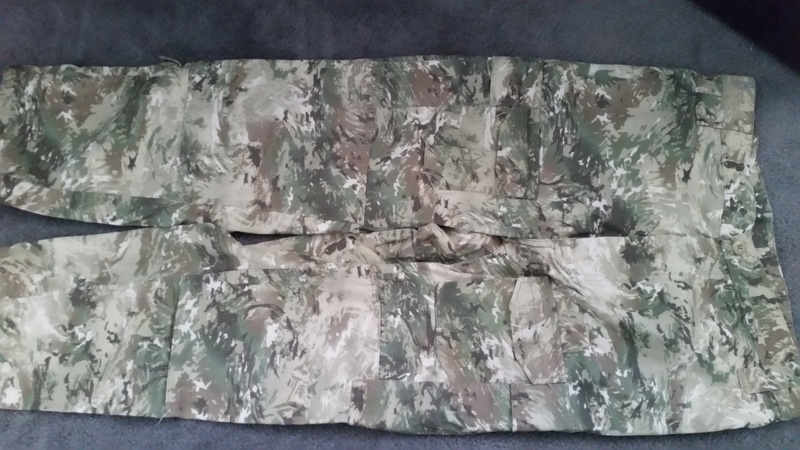 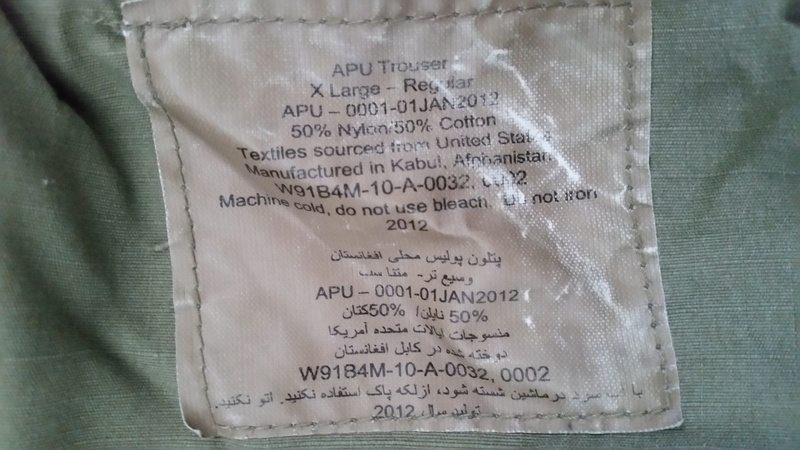 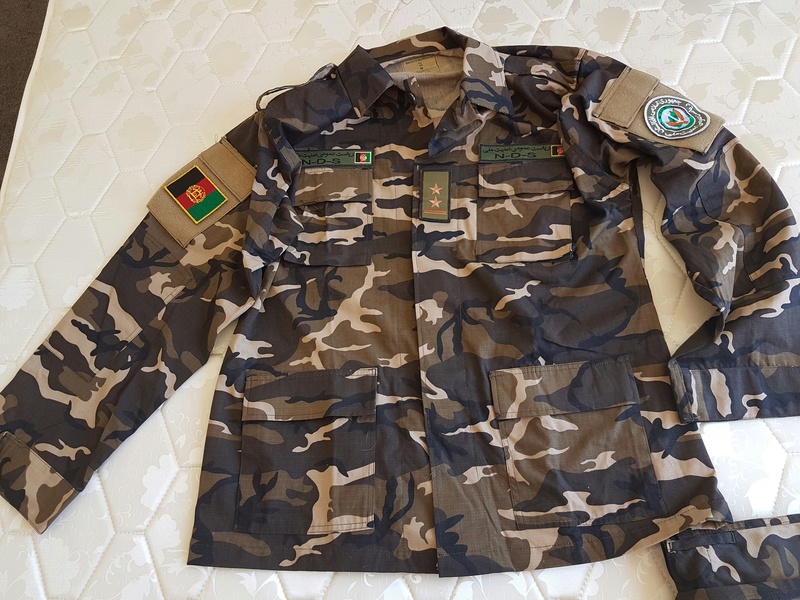 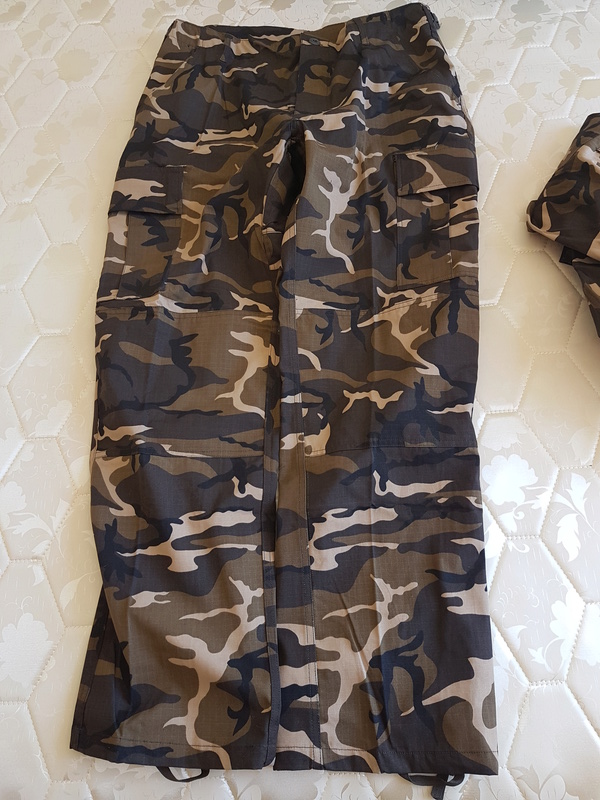 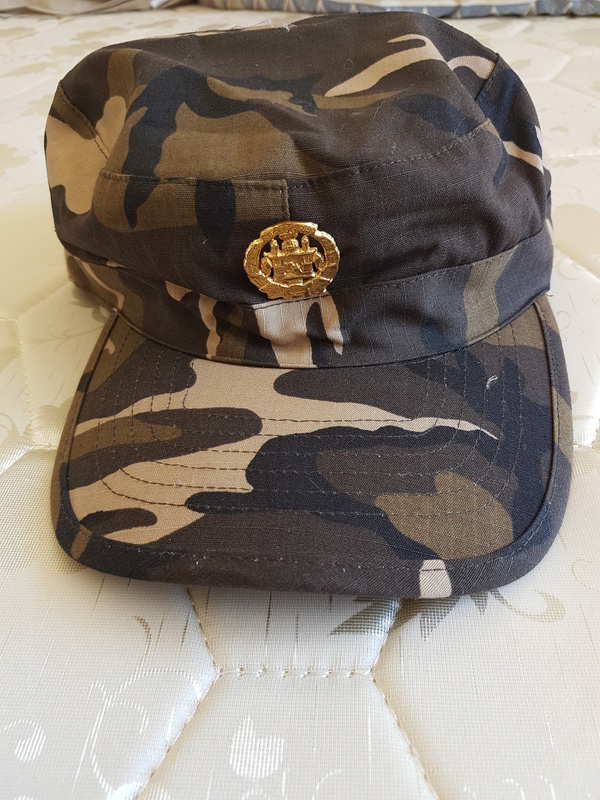 Another nice uniform Jimmy, I like the brown woodlands pattern.
steph04 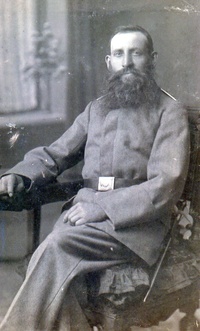 Two green berets of the ANA: 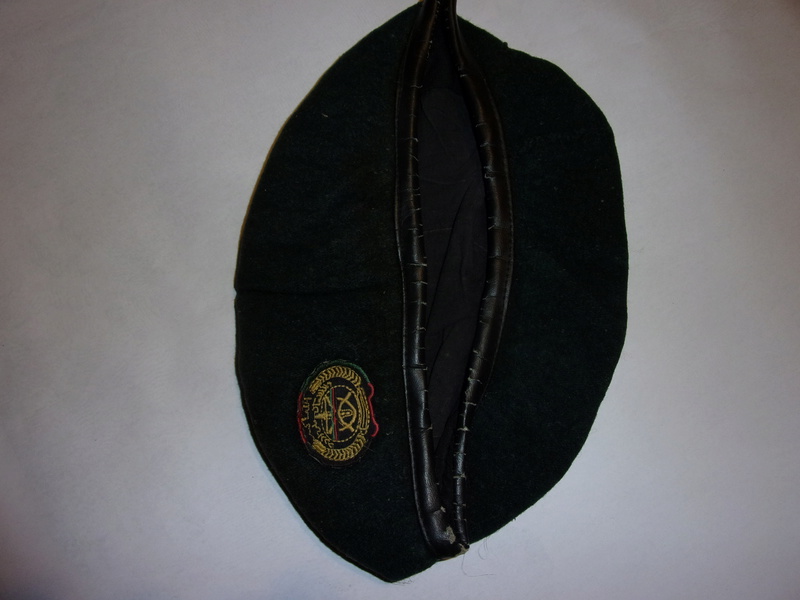 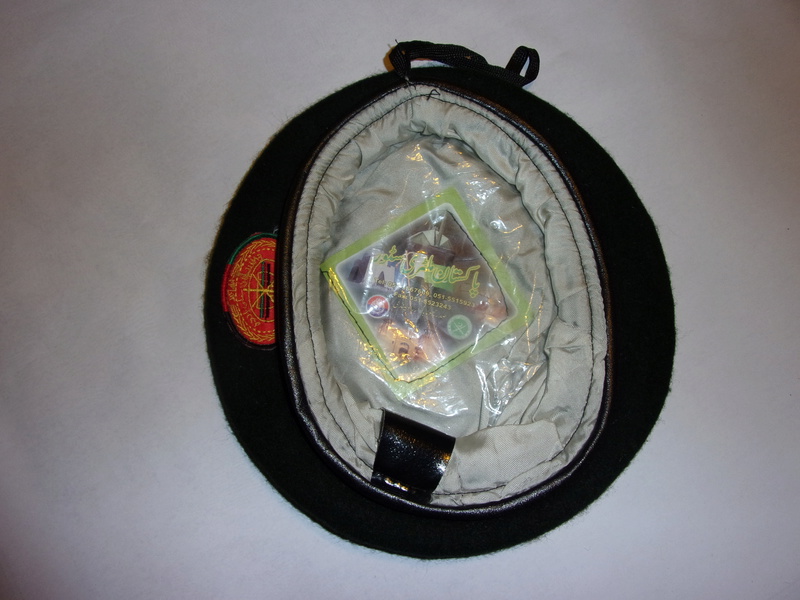 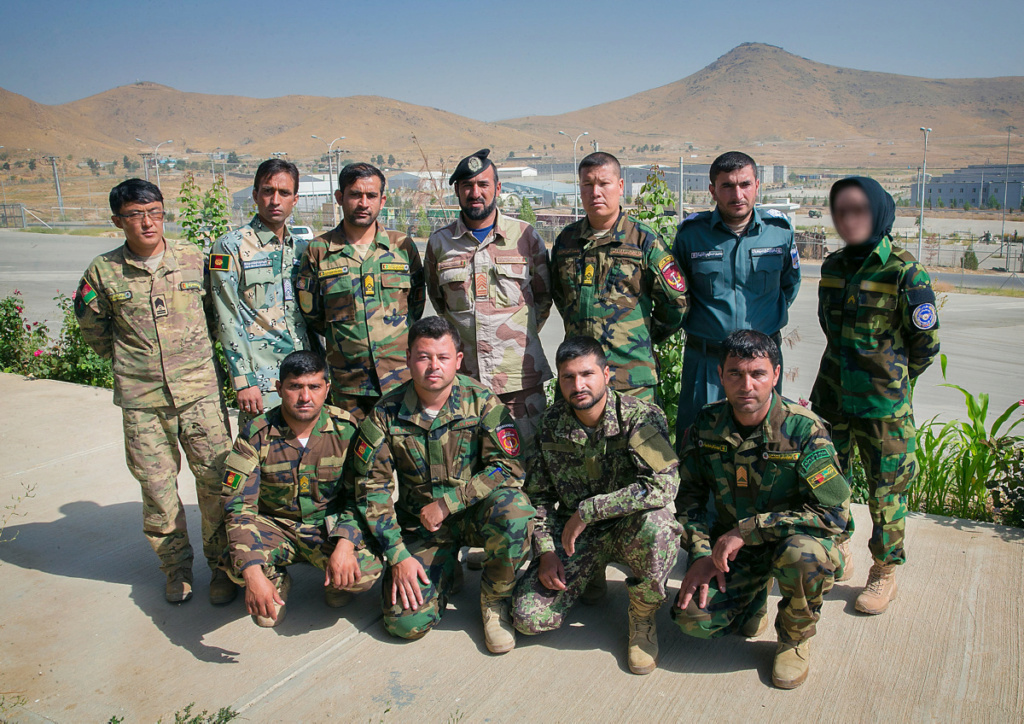 That is quite an interesting picture! Two different woodlands, the Hyperstealth digital ANA uniform, the blue police uniform, 6 color border guard, Multicam, and Norwegian desert. I presume the Norwegian uniform is the real thing and not a knock off from China.

Any notes about the picture?

Sorry to revive a dead topic, but I've been curious about something for awhile.

Does anyone have any information or examples of the Blue Afghan Police uniforms? I've seen full wool sets, as well as some sort of cotton version. I've also seen M65 type coats in the same dull blue color.

Any idea the origins of these? Are they made locally, or manufactured in the US/China?

I have a blue anp ripstop uniform. The photo was deleted on server issue on the online storage. It is made in Afghanistan like the army uniform.
Sponsored content