Something I didn't even know existed until recently.  This is a US Air Force TFDU (Tactical Flight Duty Uniform).  It appears to be 100% identical to the US Army's A2CU Flight Crew Uniform except for one extra piece of velcro above the left breast pocket and that it is made out of fire resistant ABU cloth.  From what I can tell the uniform was a special contract made around 2011 and was authorized for wear by US Air Force personnel serving in Afghanistan flying who crew H-60 and C-130 aircraft.

Note that this is not the same FR cloth that is used in the ABU-G uniform. 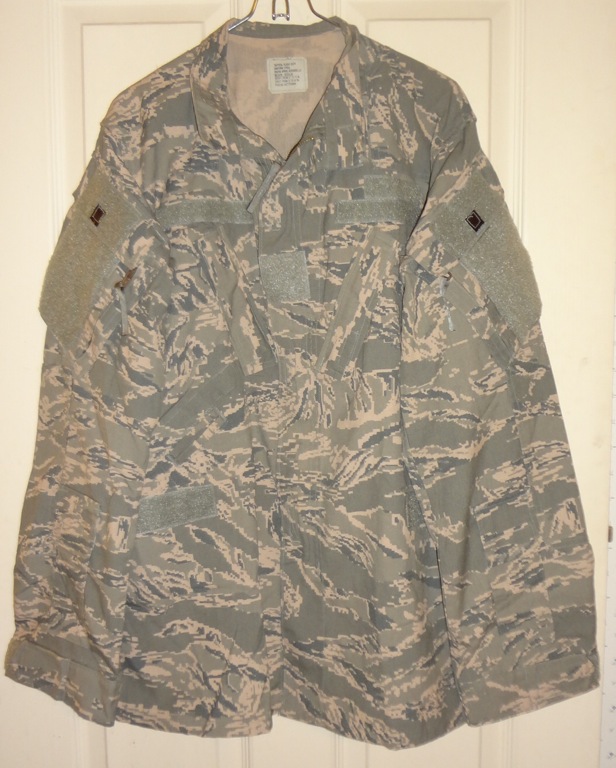 This version was probably very short-lived since they began issuing all deploying aircrew MultiCam TFDUs.
_________________
Interested in any European digital camo.

From what I read it was authorized for wear at the same time. Some AF guys were saying that a bunch of US Army contract pieces were private purchased ahead of the official authorization, which apparently retroactively approved that practice as well as the digital tiger camo and tan.

Isnt it the same or similar to the one I posted up a while back?
CollectinSteve

I must have missed that! If it is in the same cut as the Army's two piece flight suit (A2CU), but in Air Force camo, then it is almost certainly the same thing. I don't know how many manufacturers there were of the uniform, but I think it was more than one. Mine was made by Creative Apparel. So far I've seen only 3 pieces of this uniform and all three were made by that company.

Not sure where the pics have gone.
CollectinSteve

Awesome! Yeah, somehow I missed that entire thread! Yours is made by the same company as mine. I'm curious to know if any other manufacturer got a contract for these.