Here are some tins of the infamous olive drab blanco that is often found plastered on Dutch army webbing from the 1950s-1970s. This is the later style, similar to shoe polish. The earlier style was in powder form. One of the tins has been refilled, because there are burn marks on the bottom from when a previous batch was heated up for easier application to the webbing. 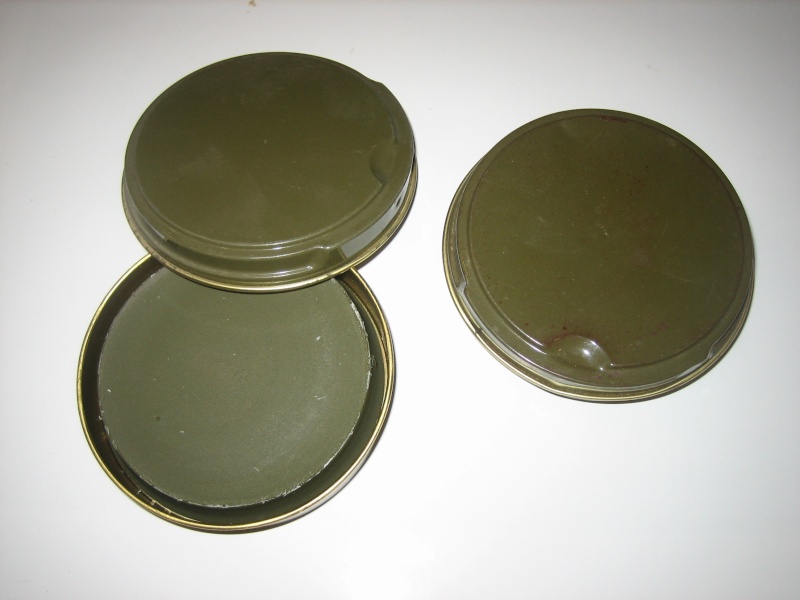 Brown shoe polish, such as for the M57 or M66 combat boots, was issued in identical tins, painted brown instead of olive drab though.
Current date/time is Mon May 25, 2020 8:27 am