Well worn seldom seen early lizard dolman ; first portuguese camo pattern worn  by a variaty of special units such as paras from the airforce and the hunter groups  in  African conflicts. 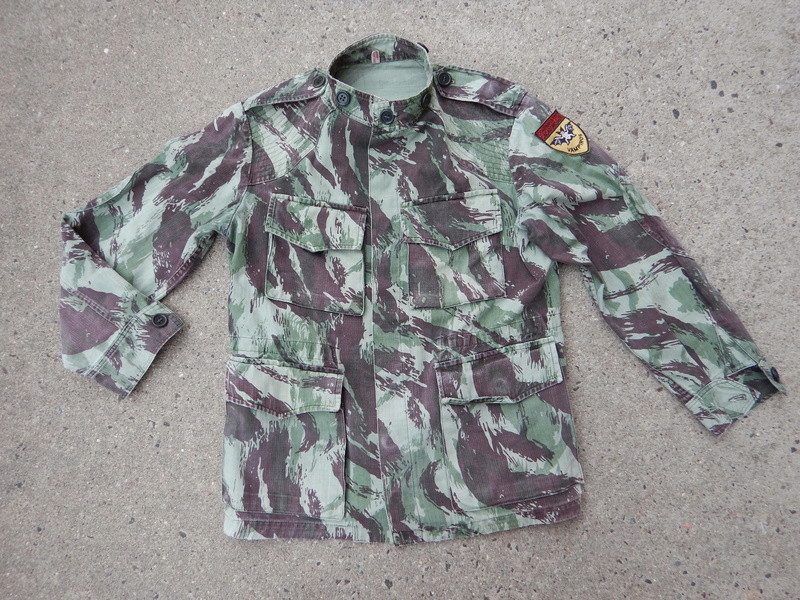 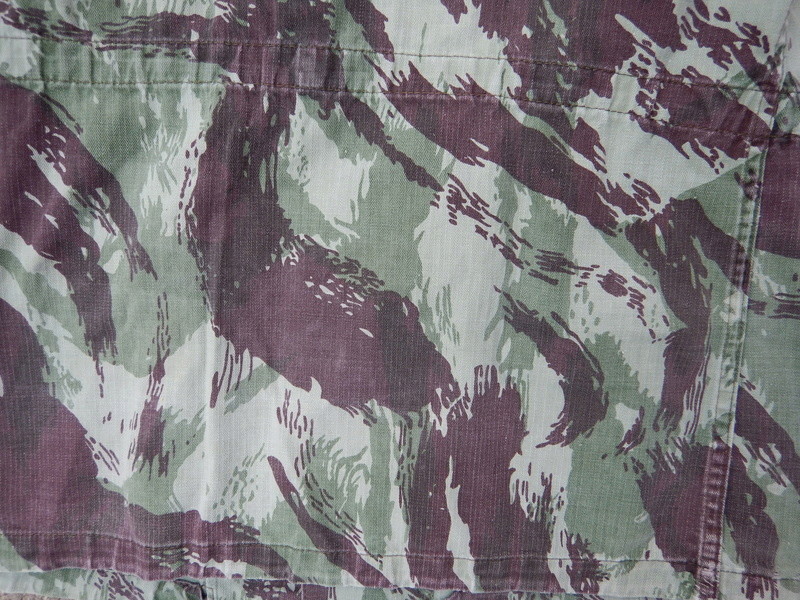 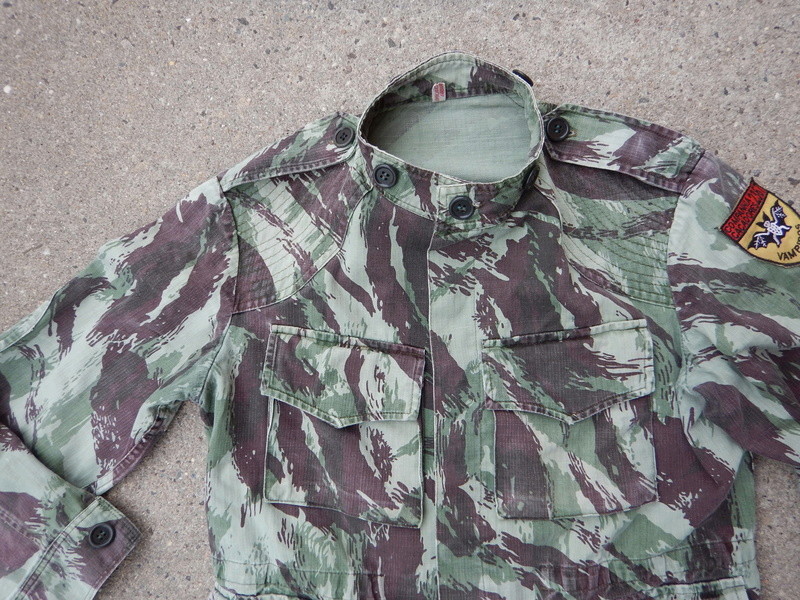 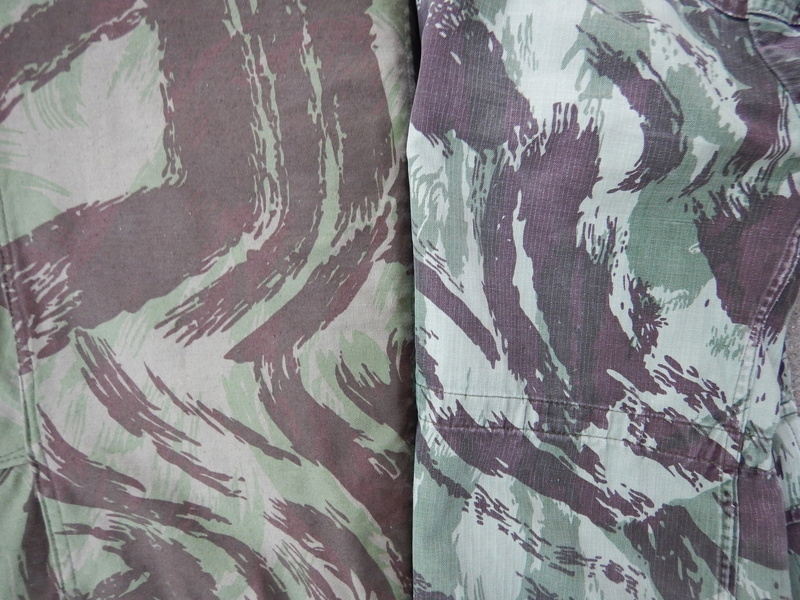 I don't know if mine is simillar to yours..But looks like.
1corporal 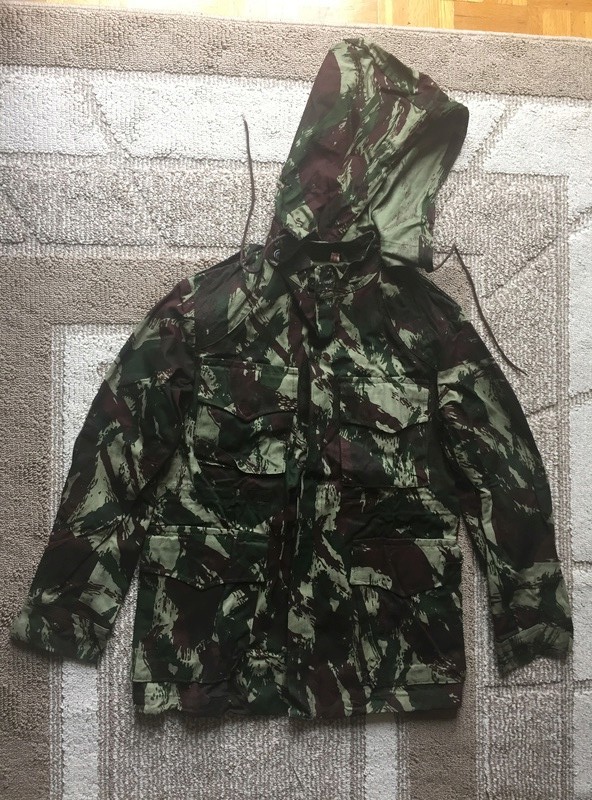 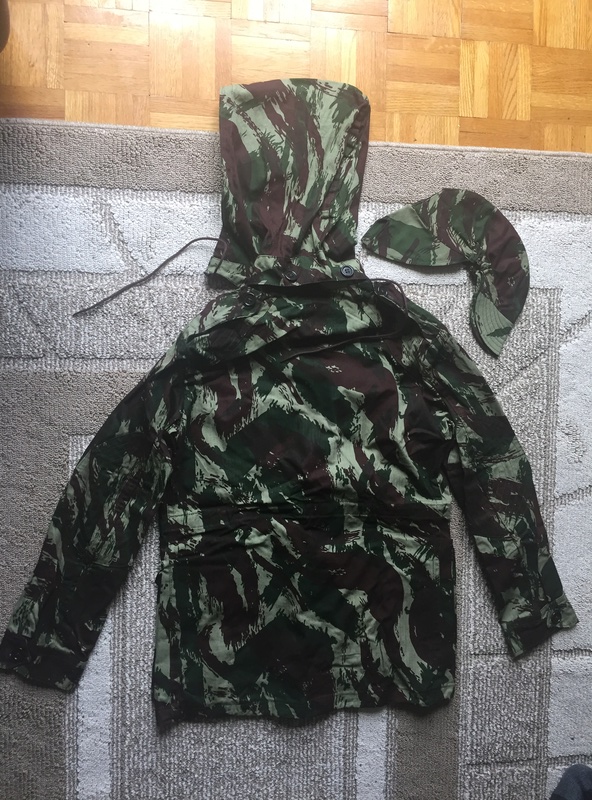 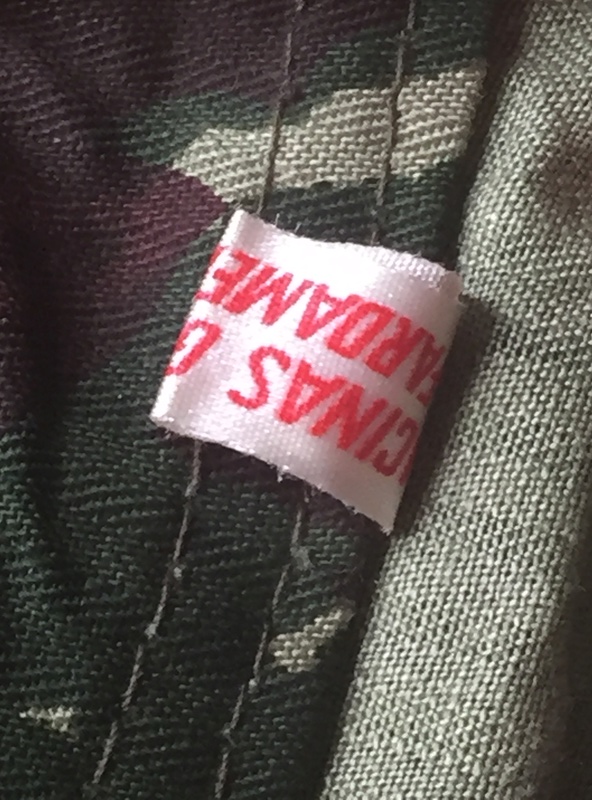 Yours  is a second pattern dolman..Earlier version with mint green base color. 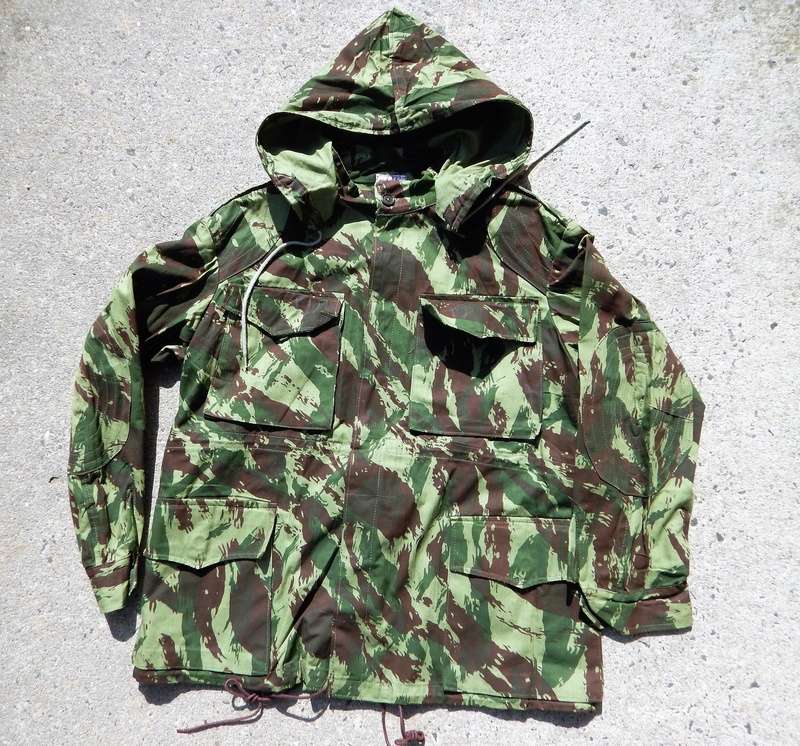 Thanks or the information. I bought this one a couple weeks ago and came with the trousers. 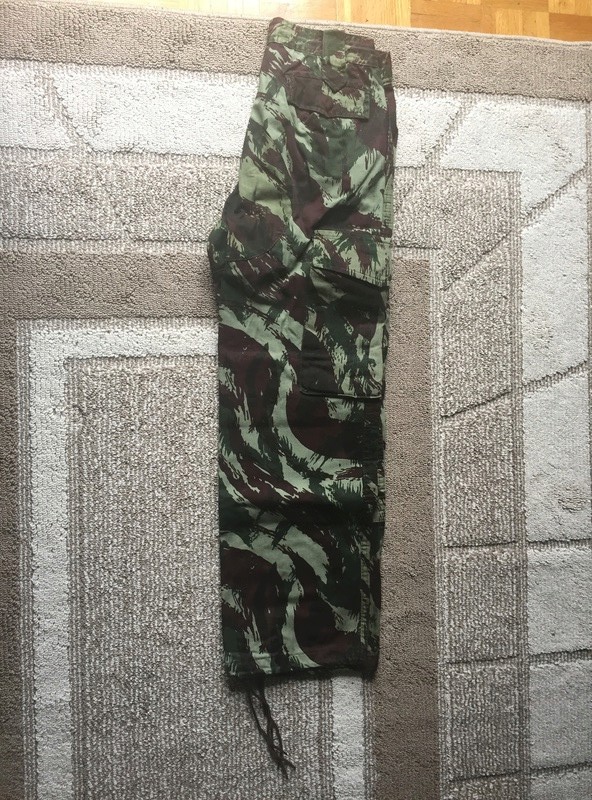 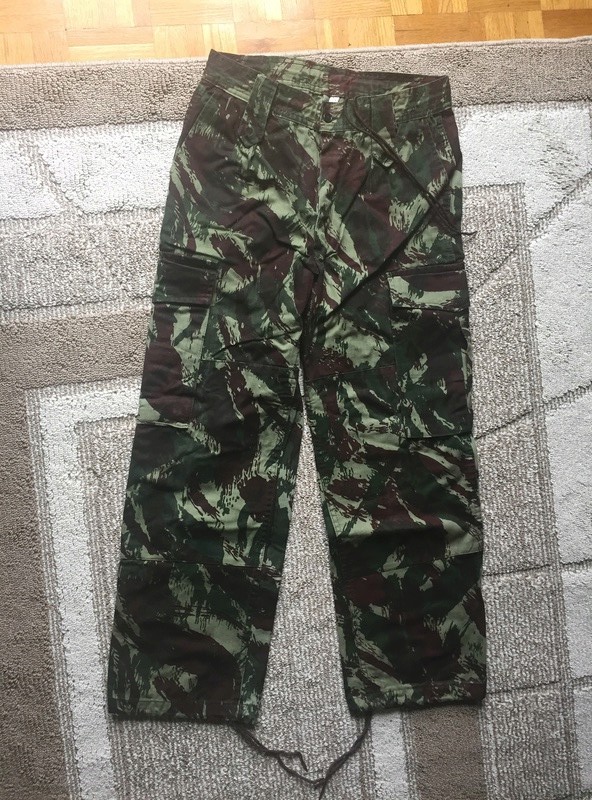 You have the cap, all you need is a shirt.  Should be easy enough to find one  ( unless you need larger sizes ).

There is a different version of this uniform with an earth basic color  issued in the '80s and afterwards .. 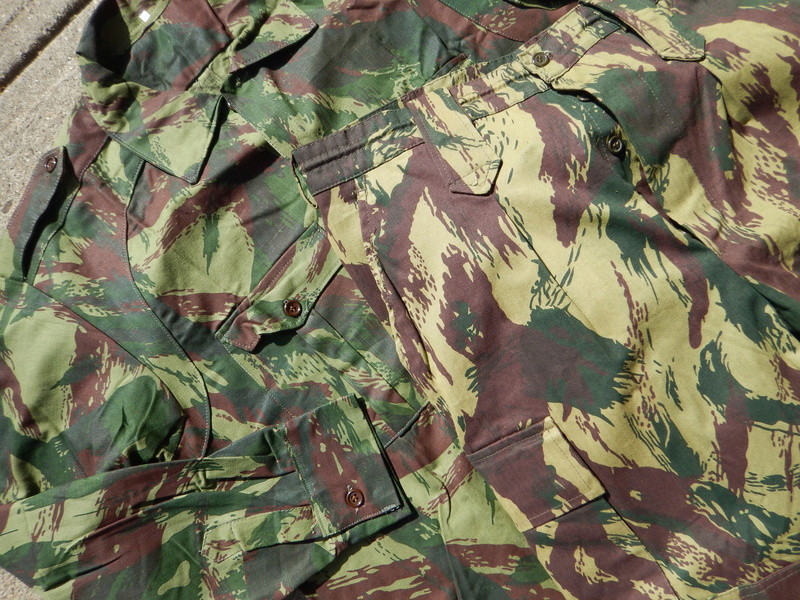 This one came from USA.. I bought  the shirt and the  trousers from a Veteran of Vietnam. They are unused.. 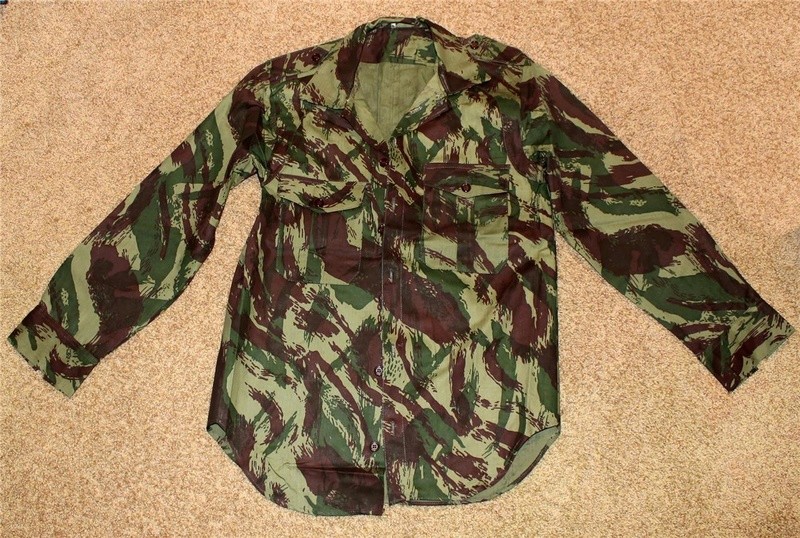 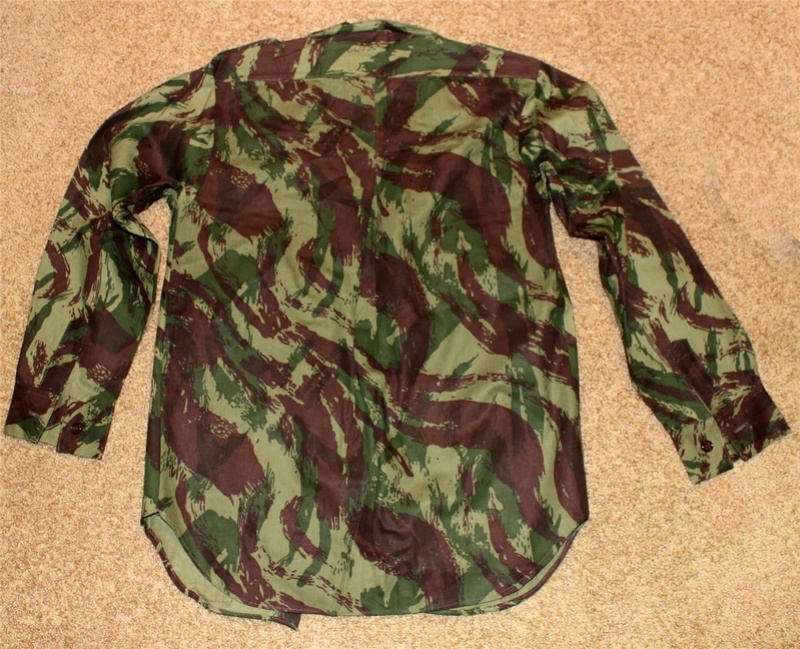 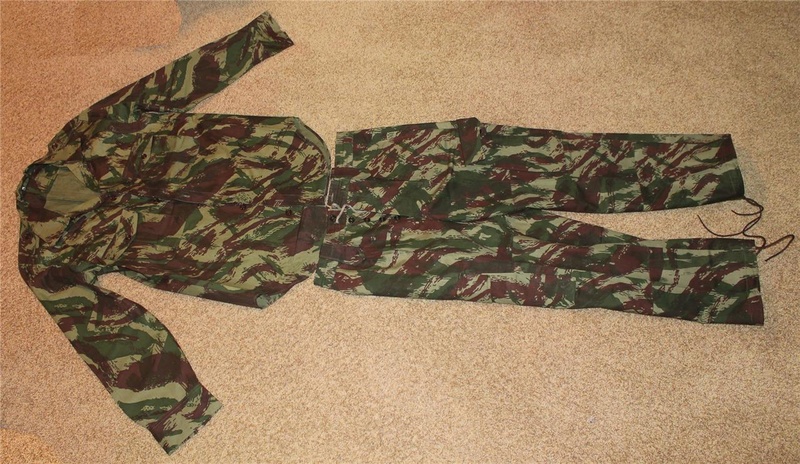 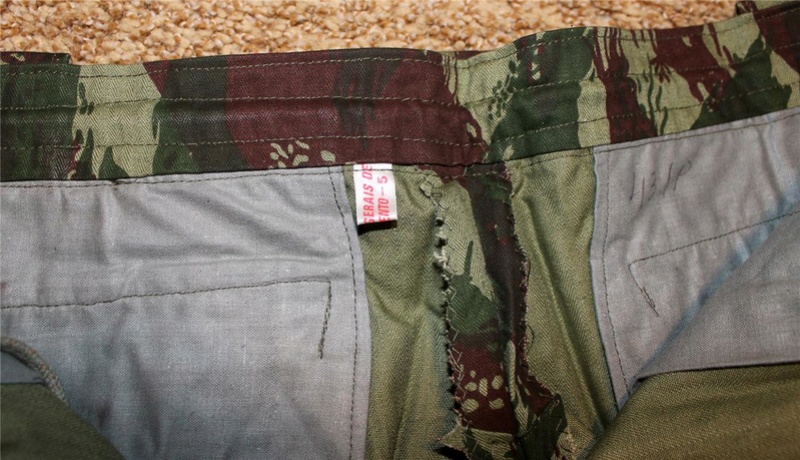 Here is the  poncho came up together with the shirt and trousers.. Looks unused.. It still has the talcon powder on interior, so the rubberized cloth wouldnt stick.. 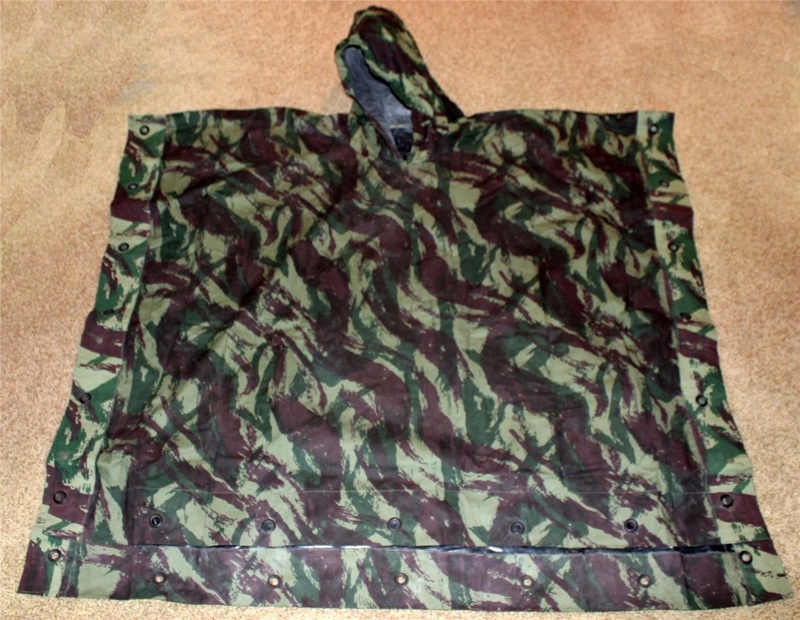 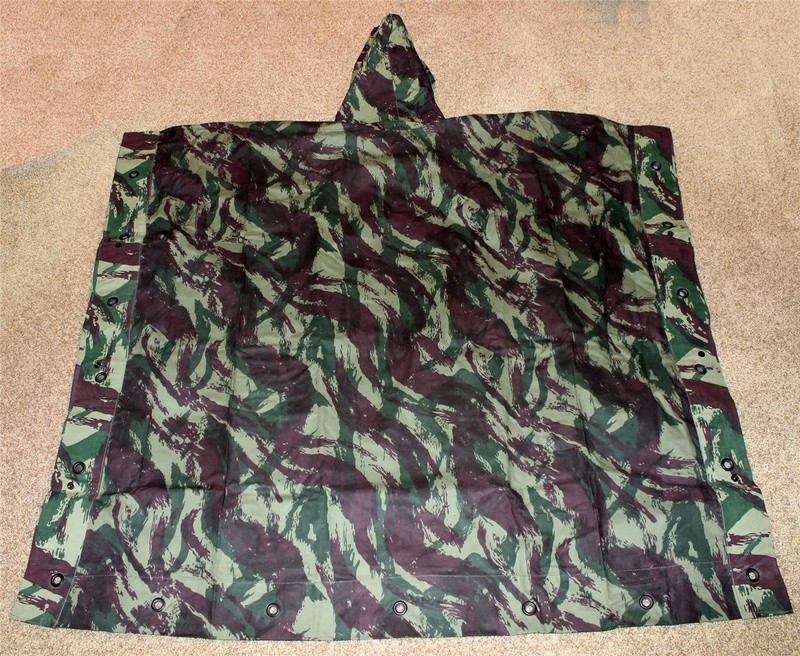 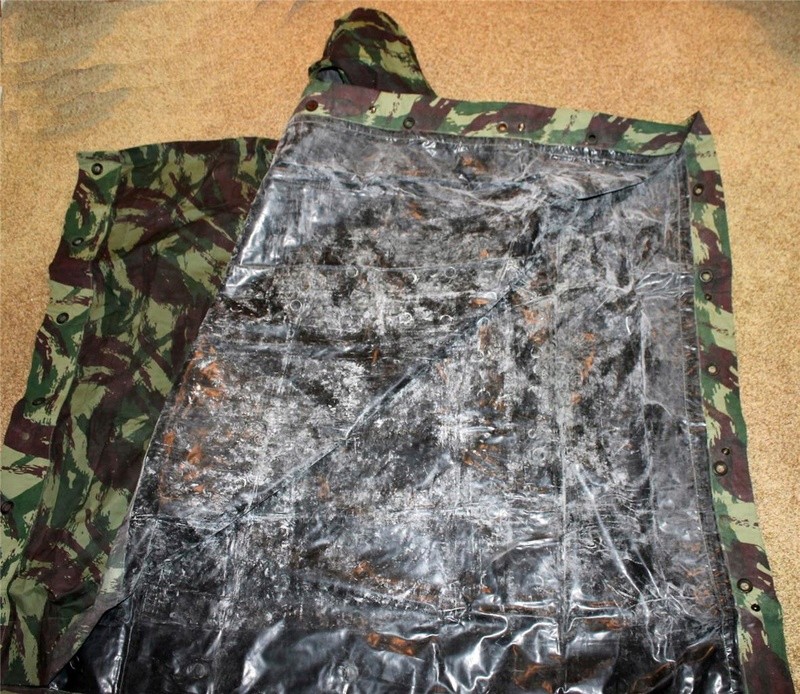 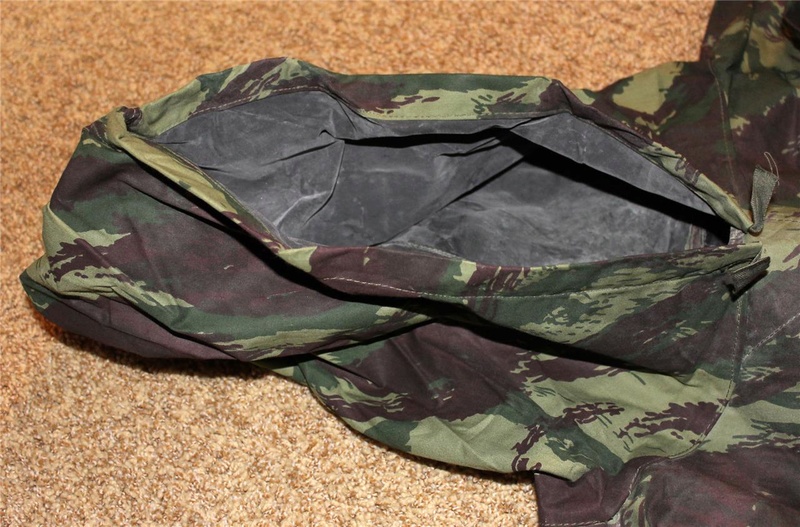 I was looking at that poncho as well..

LOL I was looking for one like this since a longe time..
The price of this poncho plus the shipping and the extra that I had to pay in customs was a little expensive.. but it was worth..

In 1985/86 when I made my tour in the Portuguese army it was delivered to me one like this. but I cultnt bring it with me.. Rules of Portuguese army at that time.. Burn everything in the end of every tour.
PedroPato

The first jacket is also an m/964, there were some colors variations along its production and in the earlier years the color variation in the fabric ranged from the red lizard to greenish colors.

The first Portuguese lizard uniforms made were the m/960 nº2-C mainly used by the paratroopers and special hunters and then replaced by a simplified variant, the m/961 nº2-G, that was widely issued. In 1964 the Army introduced the m/964 pattern.

The combat jacket m/960 nº2-C had press studs for closing the pockets and attach a hood to the neck, had one zipper pocket beneath the left chest pocket and had drawstrings at the waist and hem.

The combat jacket m/961 nº2-G did not had zippers nor press studs, the drawstring at the hem was eliminated and the cuffs were closed by one button.