I am somewhat annoyed to have come across this site, (which was purely accidental), as I was "confident" I had happily moved on from a life of collecting militaria (primarily NZ Army from the early 1980s to the early 2010s) five or so years ago, "assuming" a literal life long "addiction" had weened off and cured itself.  Oh how wrong was I!  After an EPIC 12hr marathon reading every post in the this category until approx 0400hrs this morning, the excitement has been re-ignited.  Oh no ... what have we done!

Whilst EVERY contributor to this category has played a role in the above (Ive got to blame someone ... and as many as possible haha), special mention needs to go to @2/1RNZIR, @2/1kiwi, @Bolty717, and @onward288 for their amazing contributions and being the "go to" knowledge bank on NZDF.

Sadly as part of my weening I sold all my ALICE packs I had acquired over the years (mostly sold last year), regrettably including my very first one I had ever purchased in approx 1991.  This was most likely the first DPM ALICE issue with quite yellow / mustard colouring, and was quickly modified with extra pouches on each side, an extra top flap, a claymore type pouch added on the uppermost top flap, Fastex clips with rubber cycle tube all round, modified straps with Fastex clips, rubber cycle tube, and extra padding, and a 2" seatbelt type belt with Fastex clip added to the kidney pad.  I had this done by a commercial canvas sail maker around the age of fourteen as a result of quite a bit of exposure to SPT COY lads during my Cadet years.  My initial set of webbing consisted of two magazine canvas pouches, two water bottle carriers, a canvas butt pack, a nylon webbing belt with metal fastener, and a nylon Y-yoke.  Needless to say, the Recon bug had well and truly bitten ... and hard ... so the webbing was quickly modified with the help of the same sail maker to consist of seven (from memory) magazine canvas pouches with the rigid plastic insert which were all covered in current issue wet weather DPM material of that time, the ALICE clips removed and webbing loops added, and Fastex clips with rubber cycle tube added all round.  A canvas H-yoke replaced the nylon Y-yoke and too was covered in wet weather DPM material.  The belt had the metal fastener removed and a large Fastex clip added with some 2" seatbelt material for ease of adjusting.  A spare ALICE pack kidney pad was also added to the belt.  I had that pack and webbing for 25yrs or so, and may still have some of the pouches somewhere.  Having written this, I think I am going to contact the chap I sold my pack to last year and see if they will sell it back to me, for sentimental reasons.

I managed to use my modified pack and webbing for a couple of years until we had the Second Gen DPM packs and the numerous variations of DPM webbing and vests issued.  Sadly I do not have any photos that I can find (laptop HDs and I do not get on too well), but if I do find anything I will be sure to add some to this thread.

On a separate note, last month (November) I purchased five ALICE packs, and another one in August for a venture I am looking at starting in the New Year.  I will keep the number small to start (five pers plus one) but would like to increase it to ten, which would obviously require procuring more packs.  It will be based heavily on pack work, with the odd RFL, Battle PT etc thrown in.  Pack weight will be 35kg (jerry can filled with water plus a little extra to make the weight).  Other training aides will include S10s and additional jerry cans, both of which I am trying to source more of.  Decisions are still pending on additional training aides, but the emphasis will primarily be pack, body weight, and environment.

HI TCR. PIC'S OF ANY BACKPACKS APPRECIATED, AS I HAVE A FEW, NONE HAVE BEEN MODDED THOUGH. REGARDS JIM.
Bolty717

Ill see if my PB site still work, I have new unused 1999-2000 issue NZ Alice which I just acquired. Will post over the weekend.
loski

Bolty717 wrote:Ill see if my PB site still work, I have new unused 1999-2000 issue NZ Alice which I just acquired. Will post over the weekend.

Hi I have moved to using postimage for 3rd party posting https://postimages.org/ its a good replacement for poto bucket
TCR

Camo-collector1951 wrote:HI TCR. PIC'S OF ANY BACKPACKS APPRECIATED, AS I HAVE A FEW, NONE HAVE BEEN MODDED THOUGH. REGARDS JIM.

Hello Jim!  Thank you for your interest.  I will get some photographs of the recently acquired packs during the weekend for sure.  Sadly day light hours start after I log on duty and have vanished by the time I log off, and lighting at home is not so photo friendly.  Do you have any pics of yours on here by chance?  Thanks Jim

Bolty717 wrote:Ill see if my PB site still work, I have new unused 1999-2000 issue NZ Alice which I just acquired. Will post over the weekend.

Hello Bolty!  I have actually caught a glimpse of your new unused pack (sporting an impressive harness) and it looked AMAZING!  More photos please Sir.  Thanks Bolty

First time using Postimage, NZ ALICE from the 1999 era. Unmodified other than the rivets and some additional stitching that was added by a local contractor once they arrived in NZ. 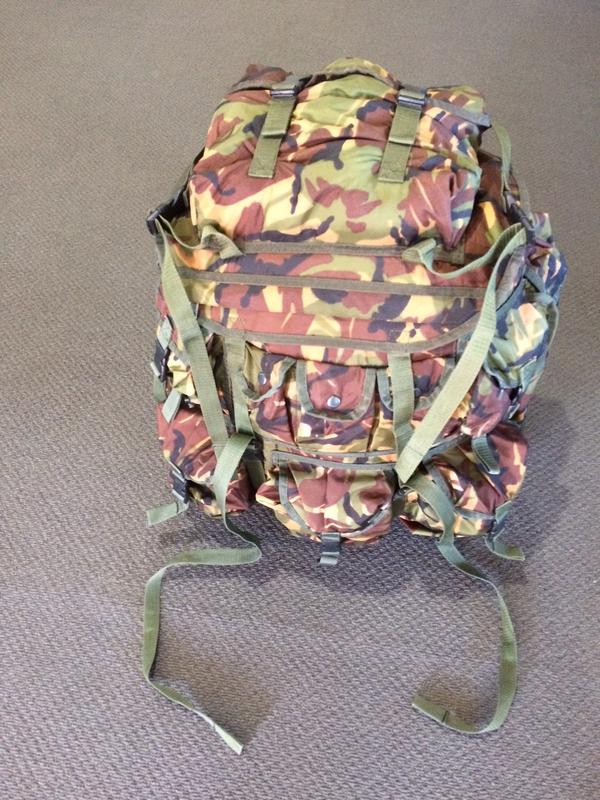 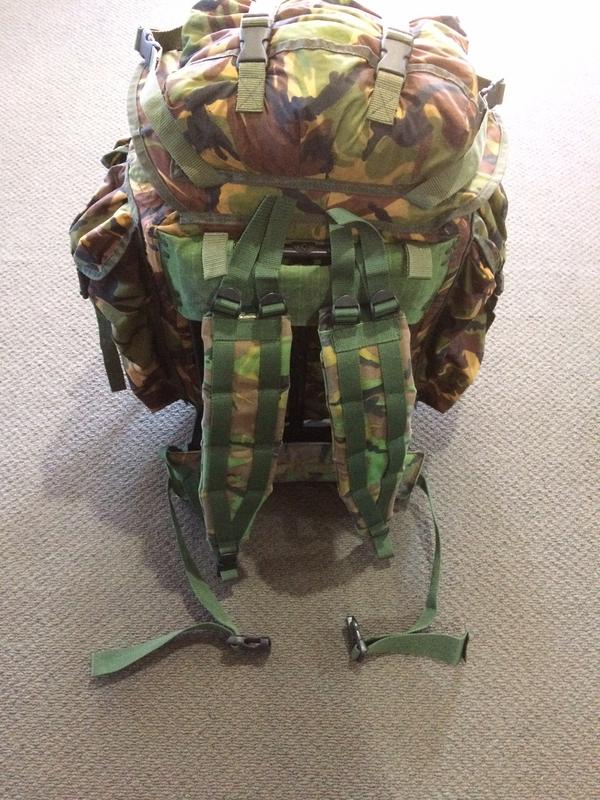 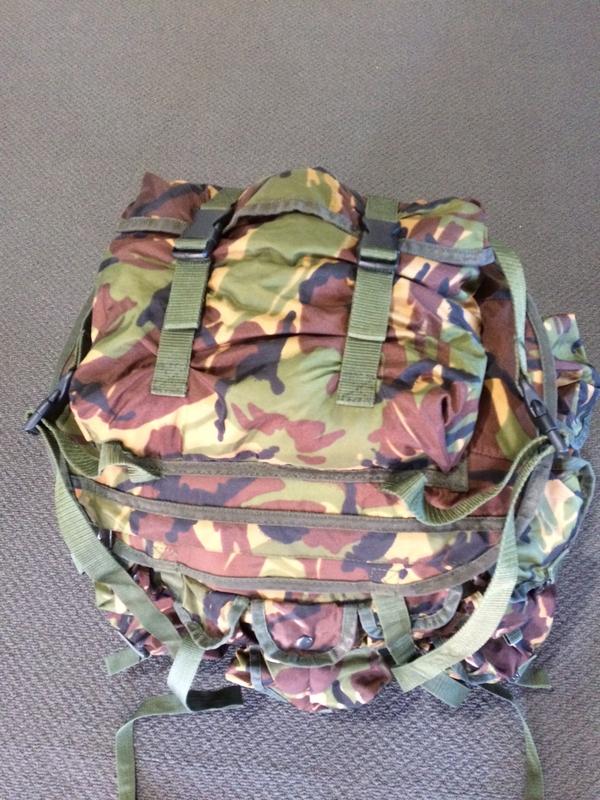 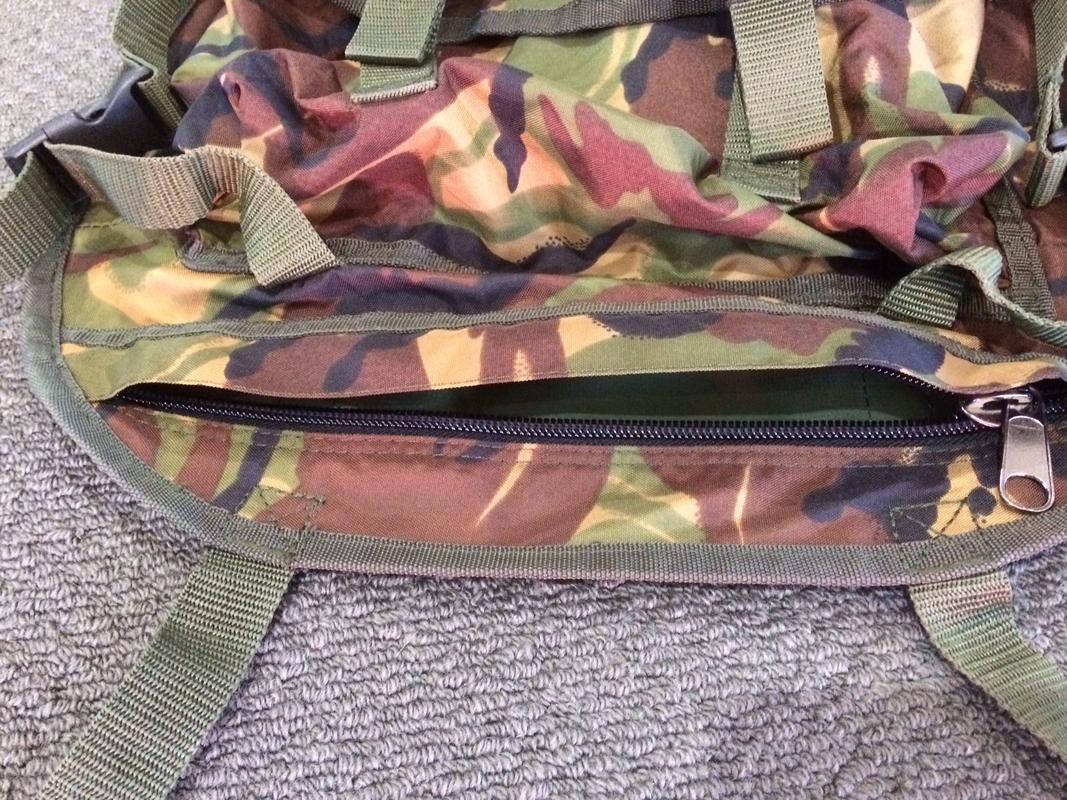 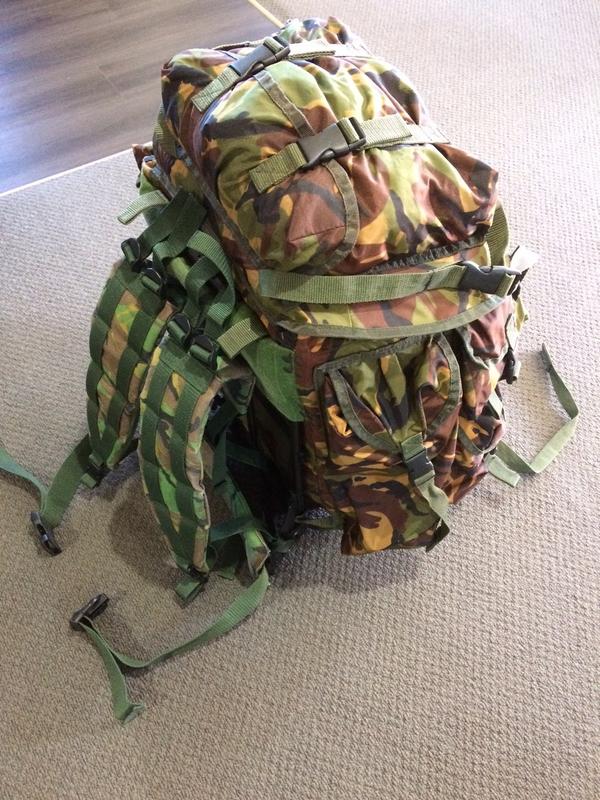 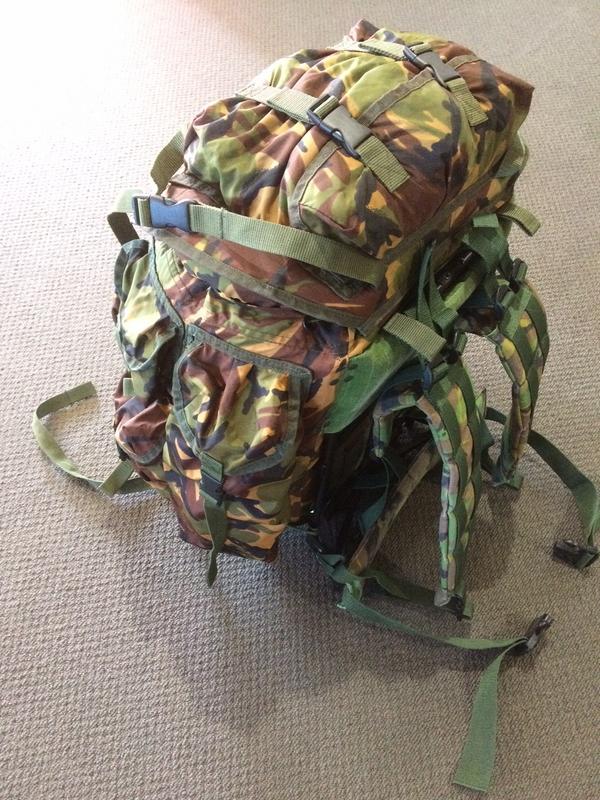 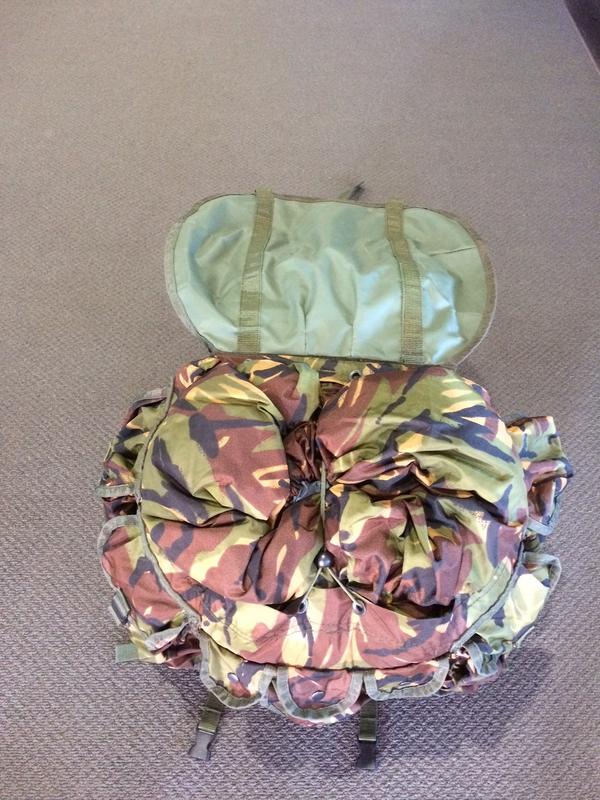 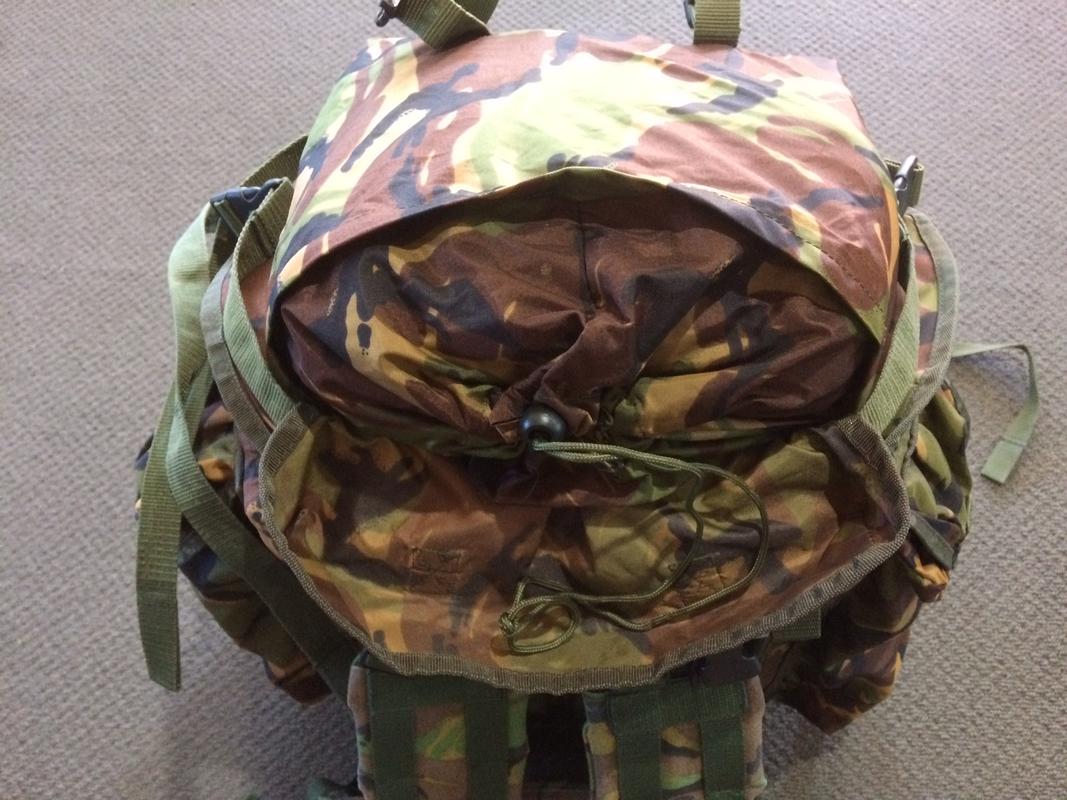 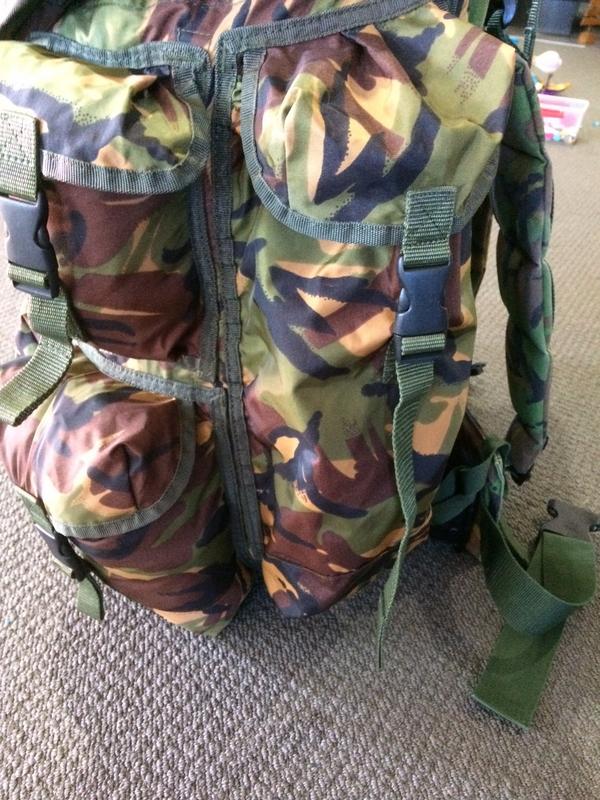 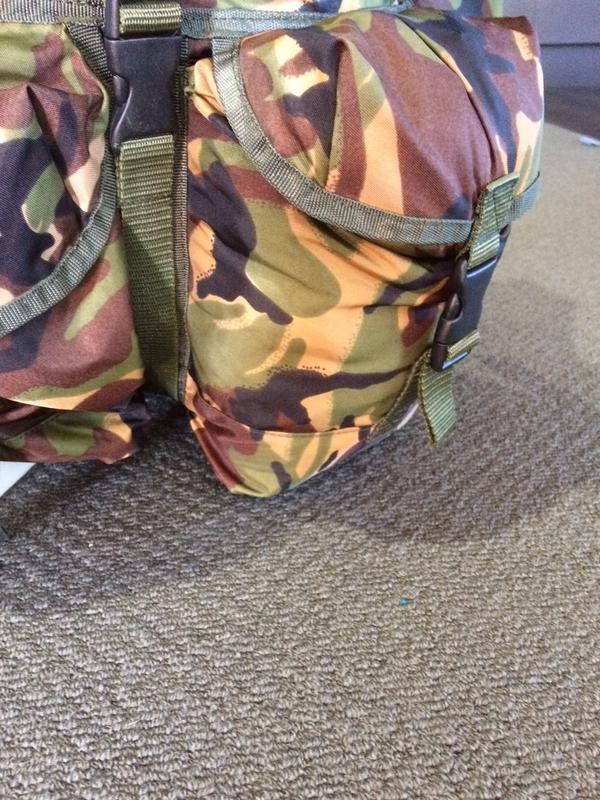 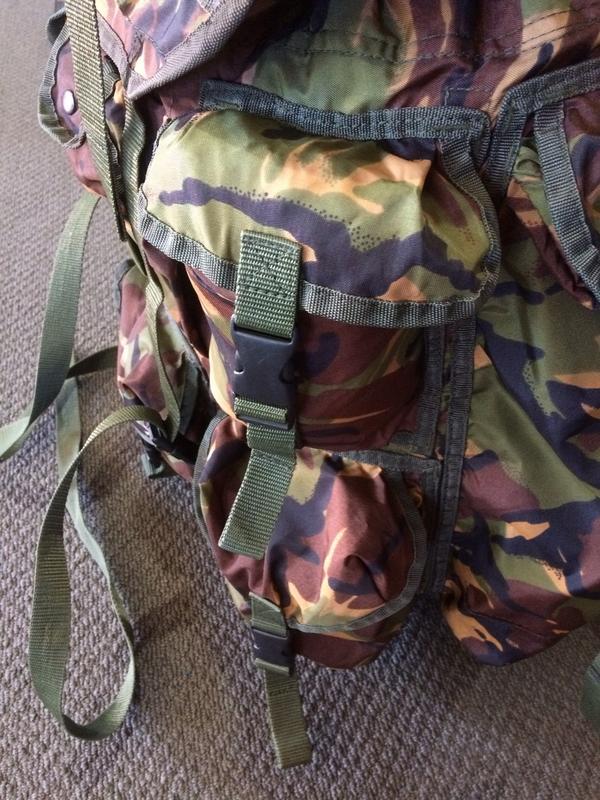 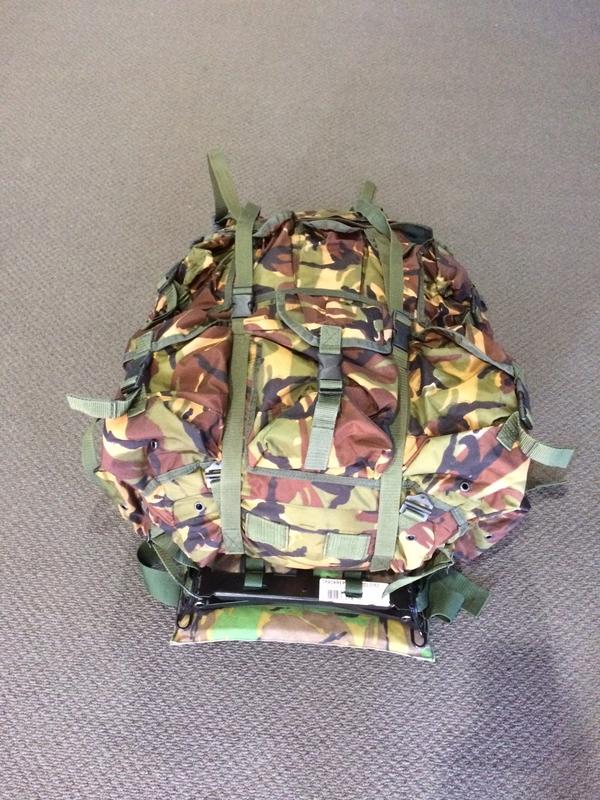 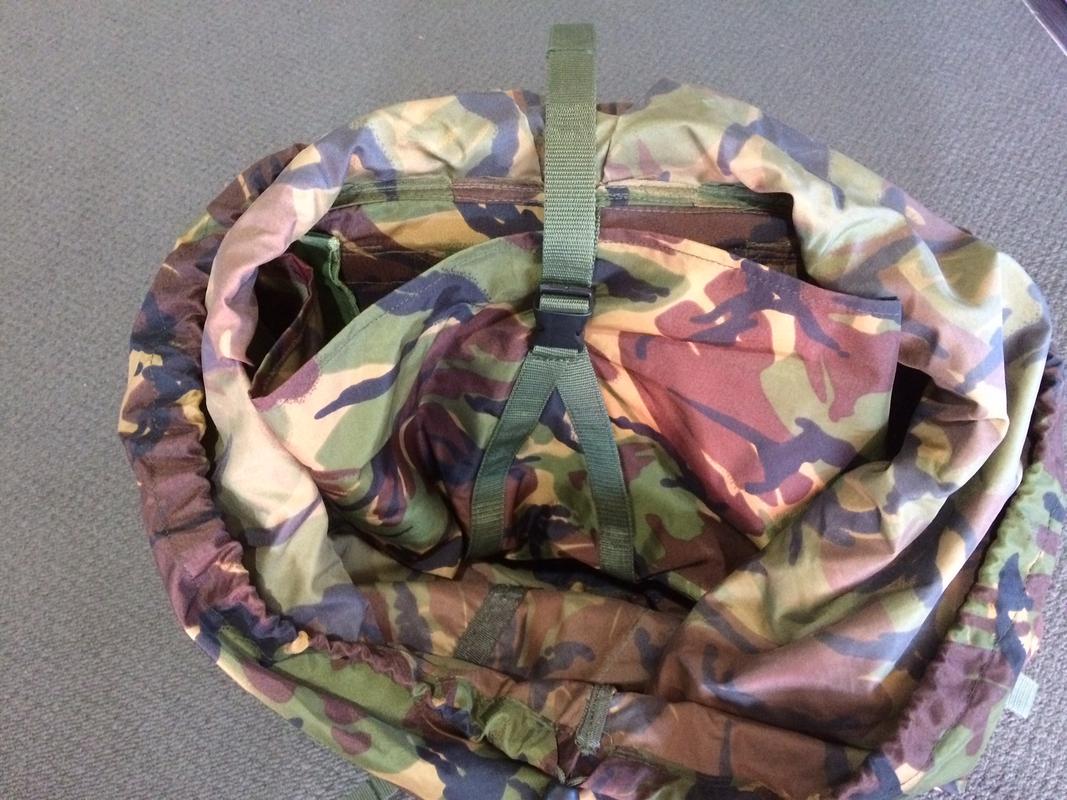 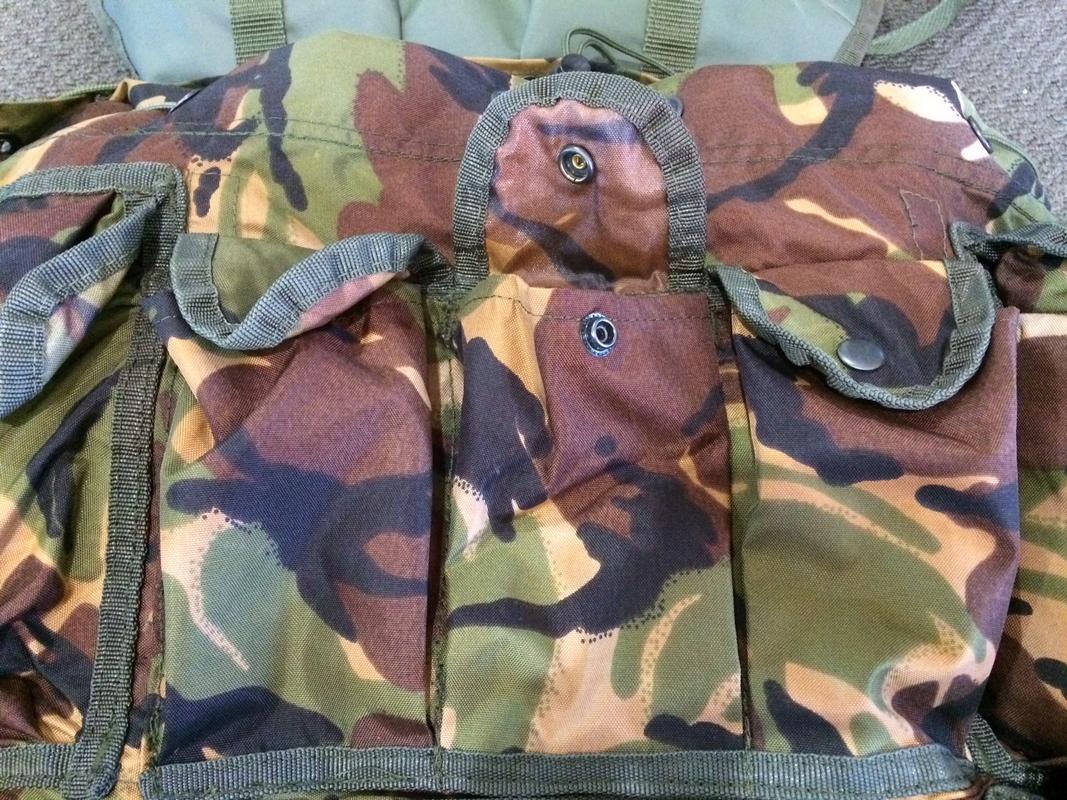 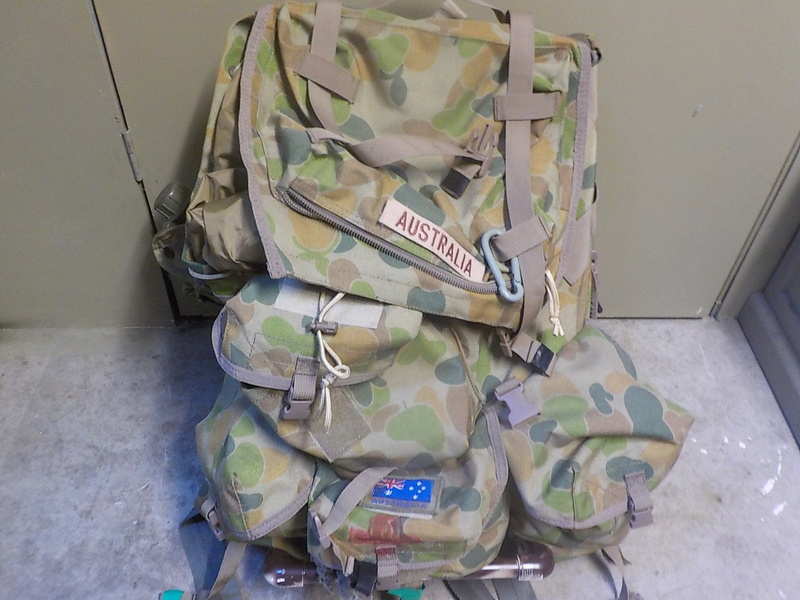 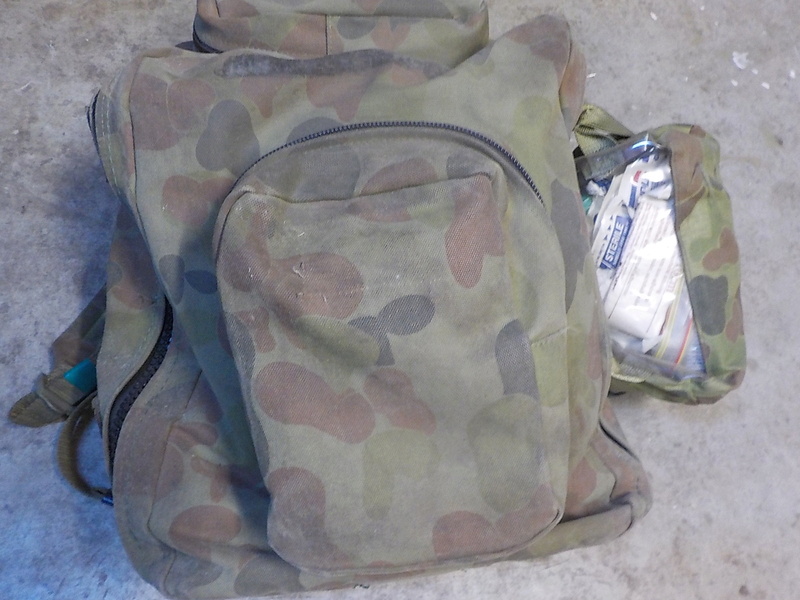 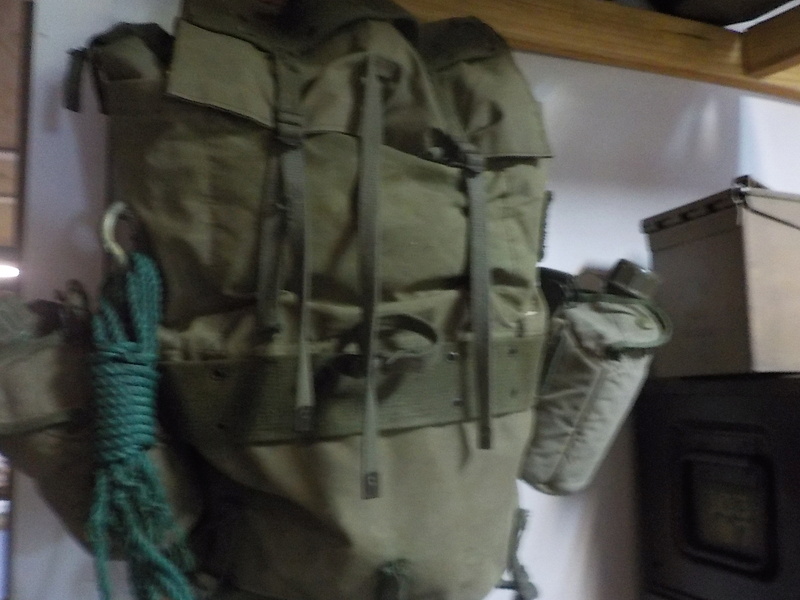 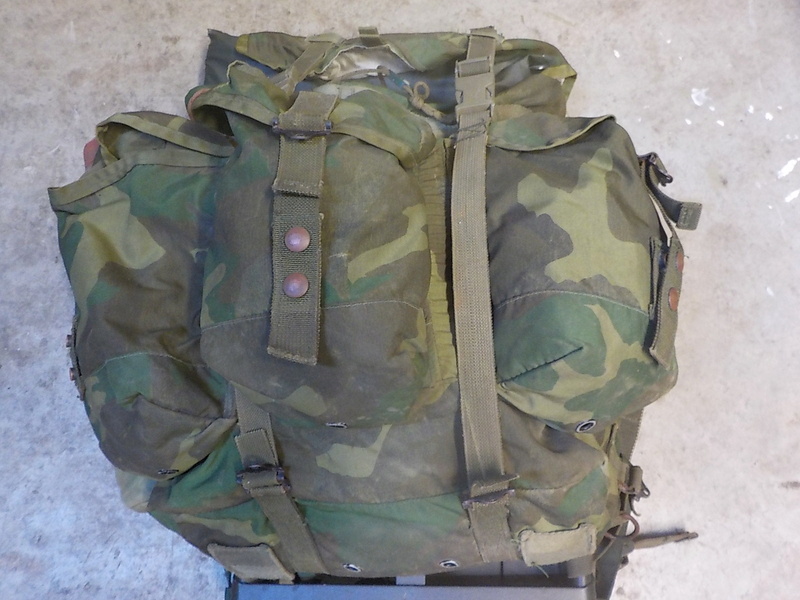 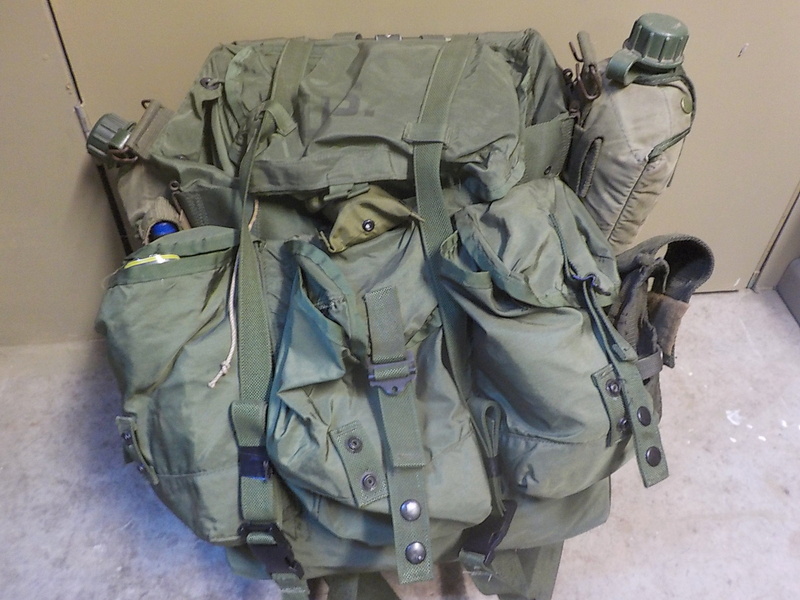 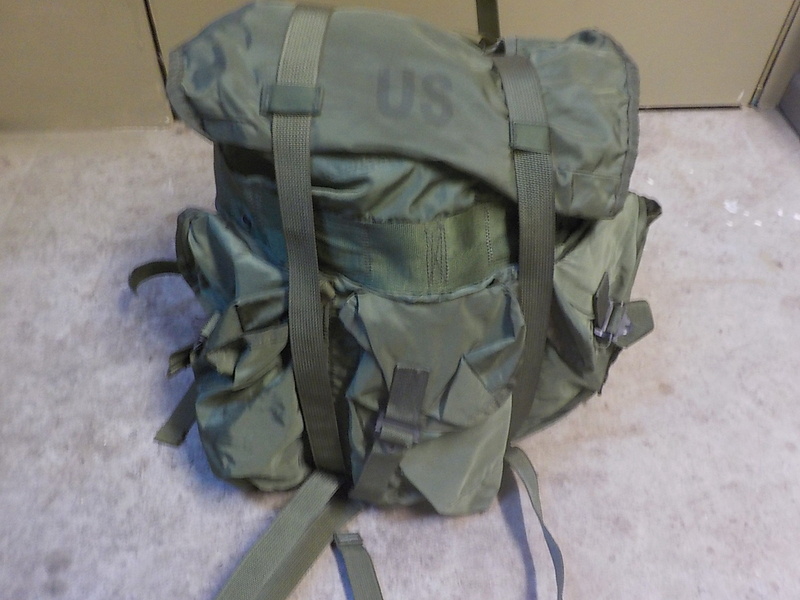 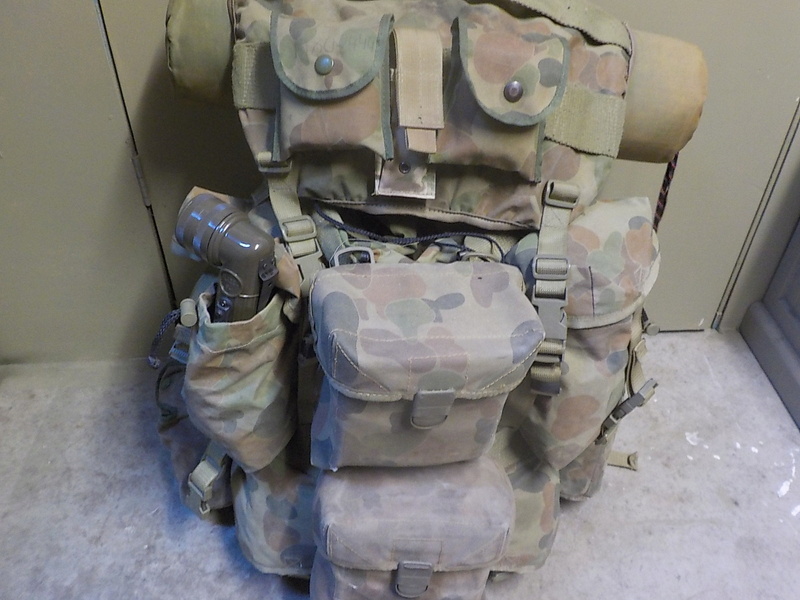