Cold weather jackets* were issued by the command as needed and not permanent individual issue.
I never saw the trousers in use during my service.

Generally, jackets were  less than in good conditions as they were used for dirty work aboard ship.  They frequently had stenciled paint marks denoting command/squadron, etc.
These things tended to get rather greasy so brass did not want sailors walking around wearing them while not working.  Did see a few rare clean ones ; usually worn by E7s and above.

These jackets would be superseded by the great M65 for the US navy . USMC was already wearing M65s but wore US Navy issue cold weather clothing aboard ship, or while working on aircraft. 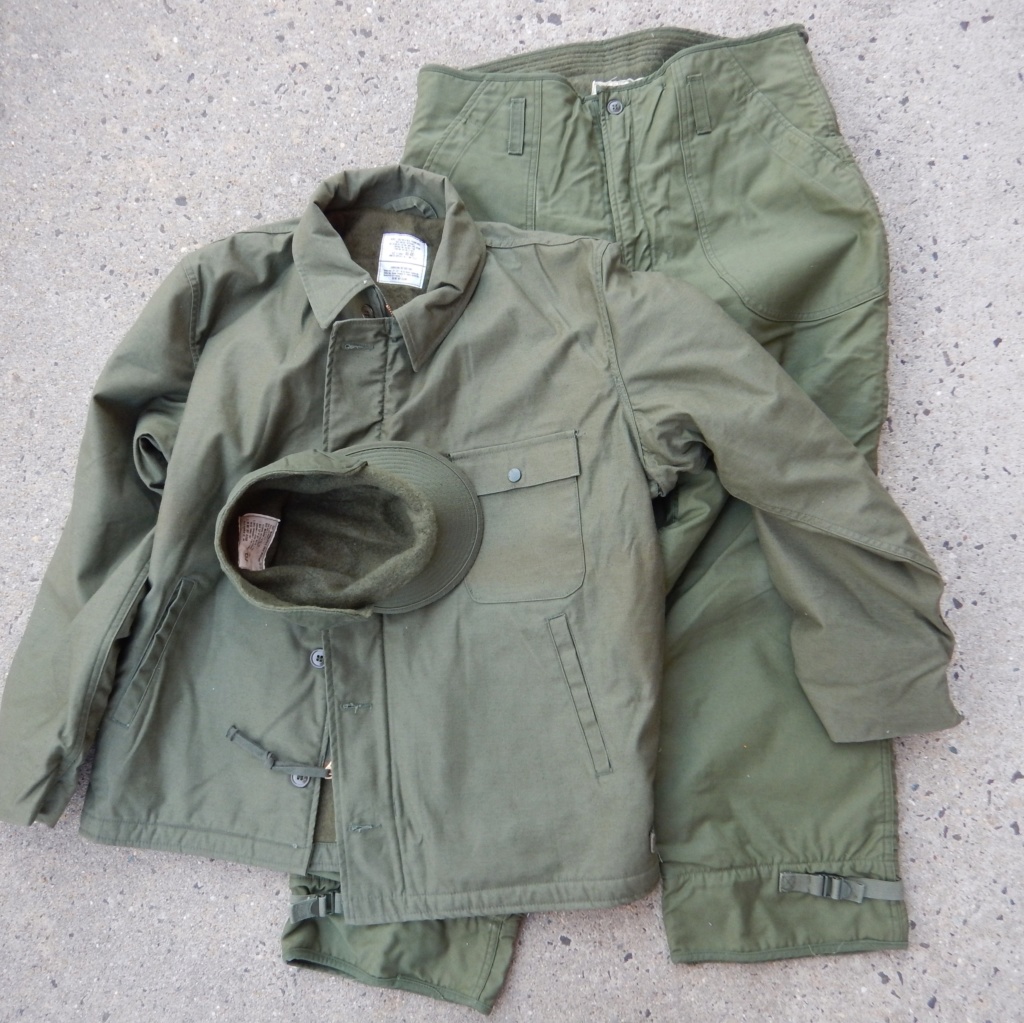 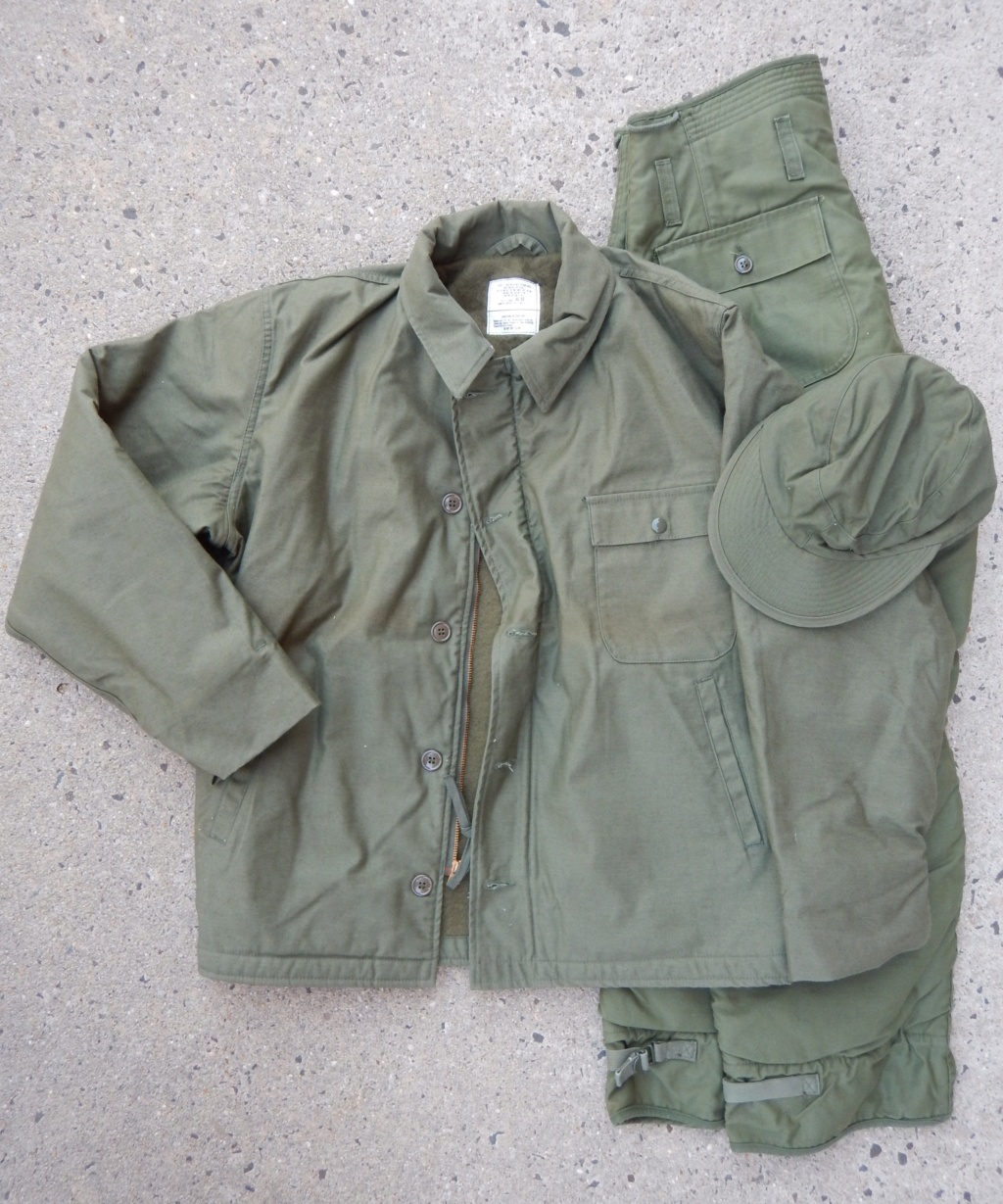 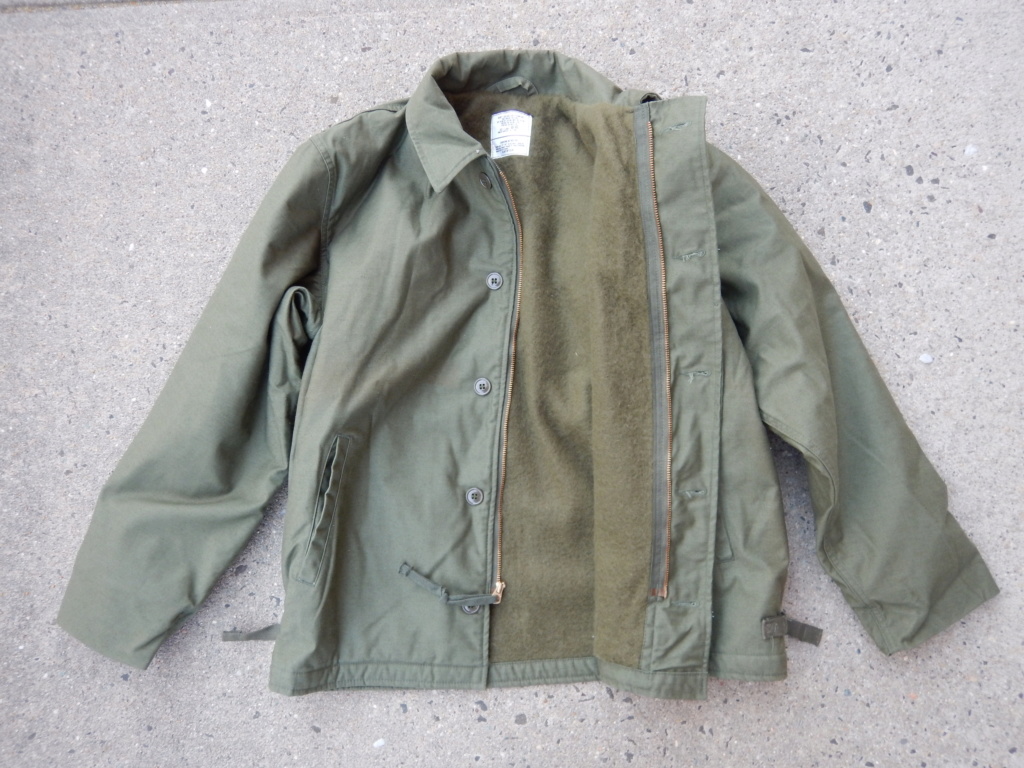 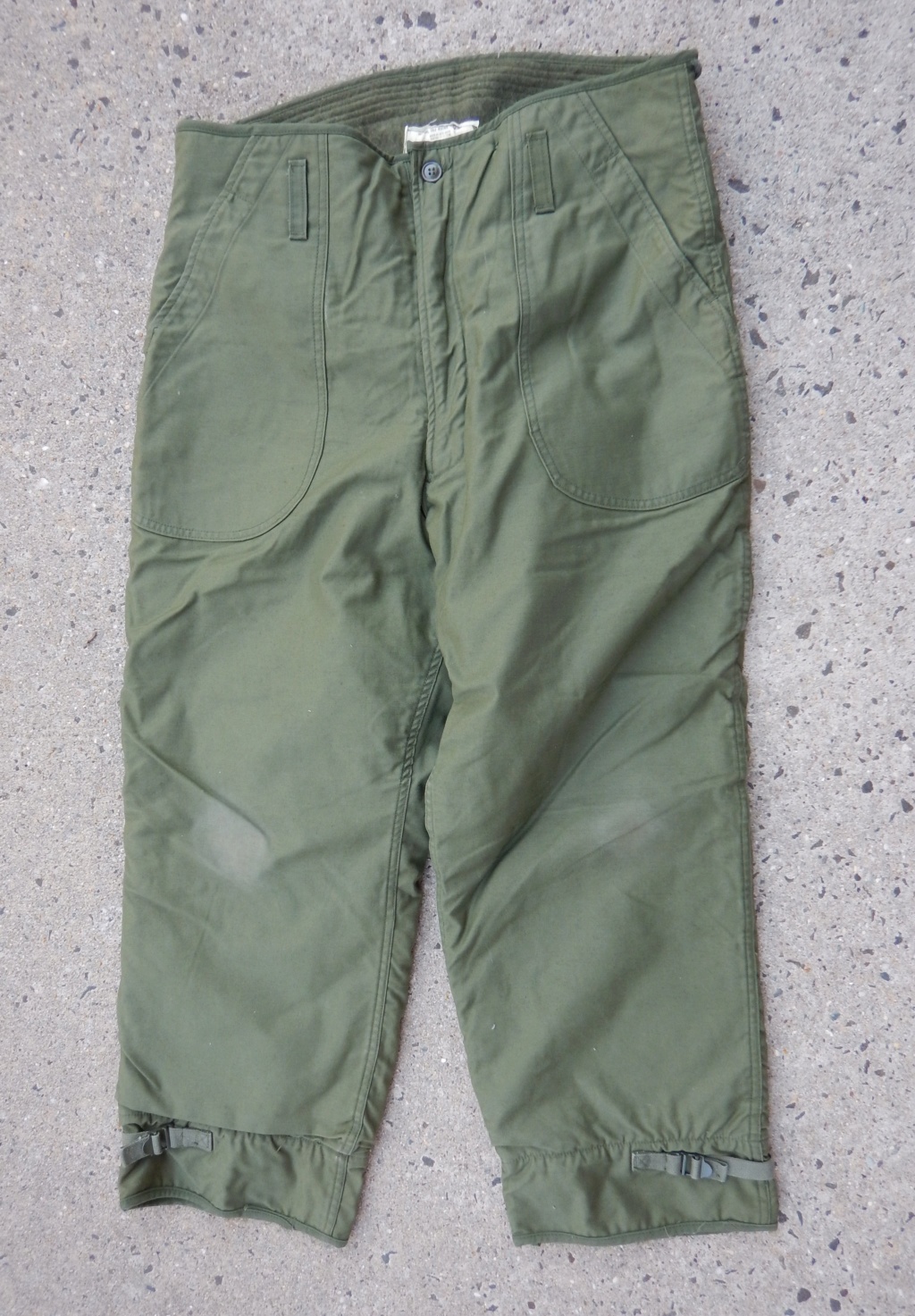 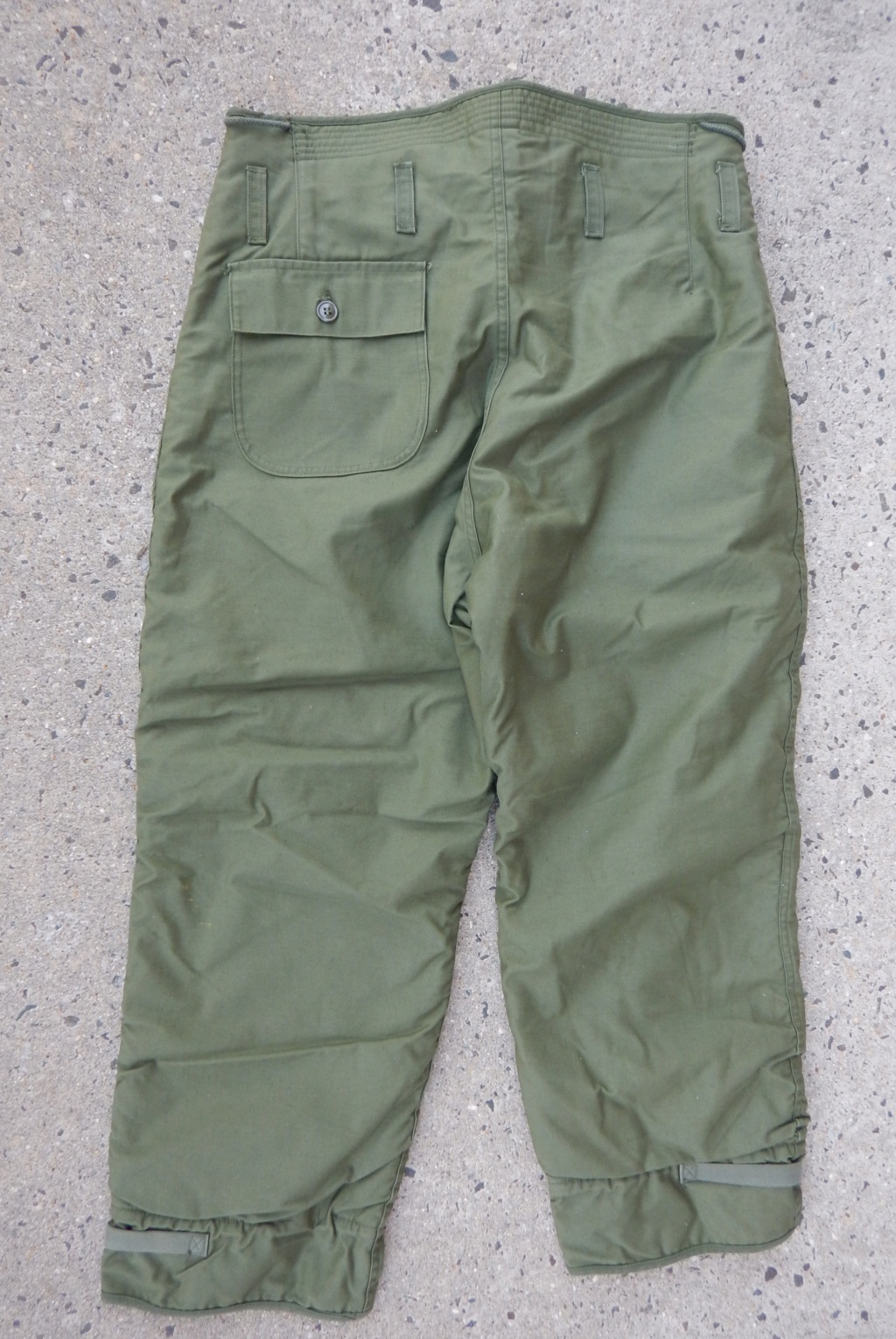 * the jacket pictured here is not a US Navy issued item. This one was made by a legit US Navy contractor ( 1987 ) after the contract was over and is exactly the same as the issued item except for the tag.
It would be nearly impossible to find a surviving legit one in these conditions.

Trousers are legit issue ( 1977 ) and not particularly rare, but not common either. Most of the cold weather gear was not greatly cared for and a lot of it was used till trashed.