here is a jacket I got from Steve G awhile back...still looking for some trousers for them... 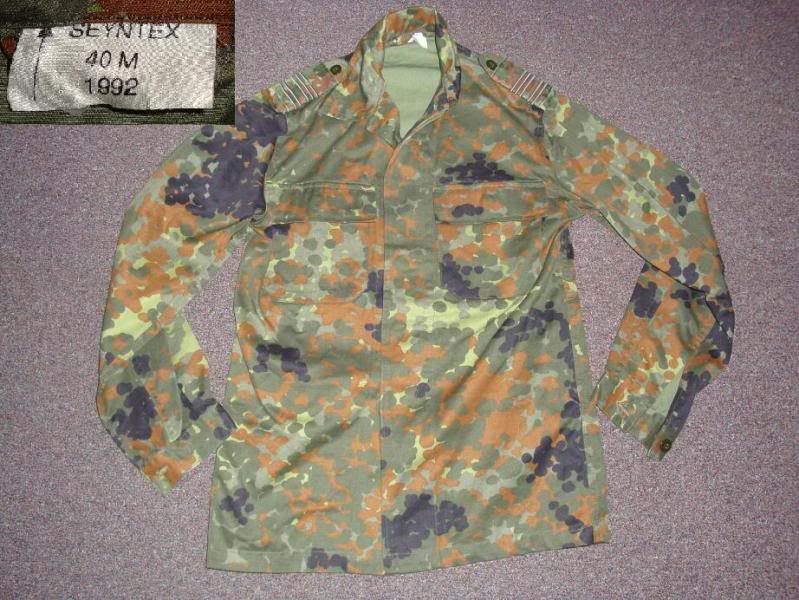 I took 3 side by side photos for comparison... 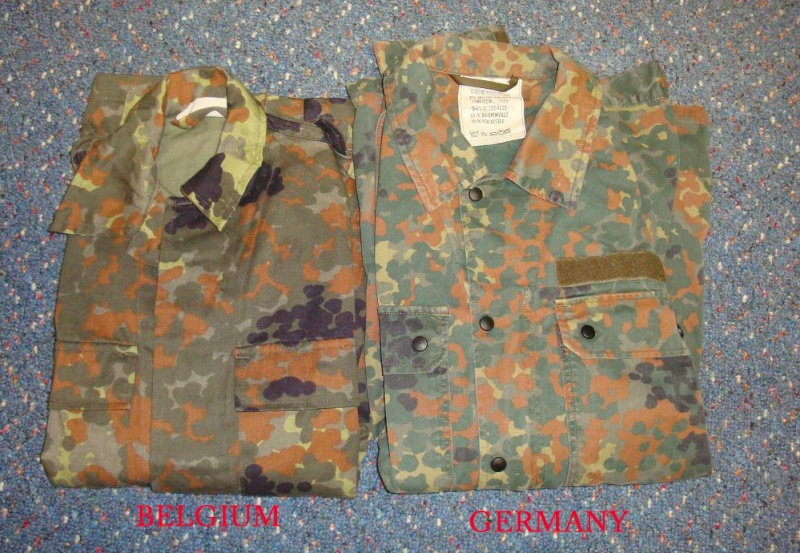 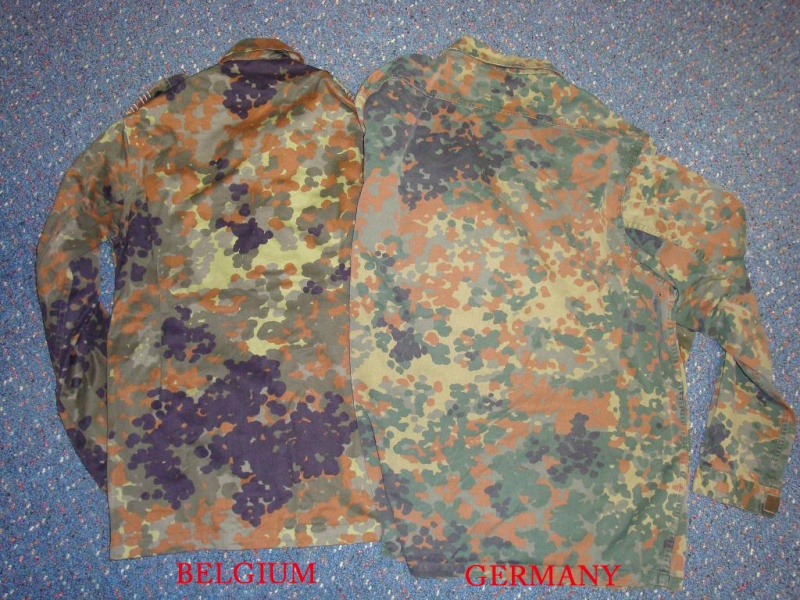 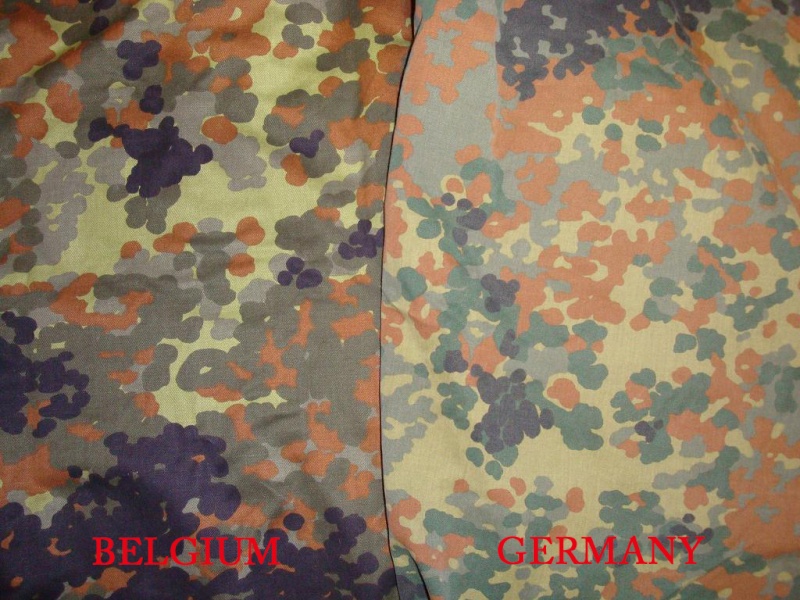 Yes, there are two types of Belgian Flecktarn. One has larger dots than German Flecktarn, the other has identical dots as German Flecktarn. The larger one appears to be directly based on the German Flecktarn pattern, but with some artistic license (some clusters are swapped to different colors). You can see that pretty well in Steven's comparison shots as he chose two sections showing roughly the same portion of the overall pattern.

Hmmm... it may be more complicated than what I just said. I don't have time for an intense comparison right now, but I did take a look at several Belgian Flecktarn items and matched them against several BW Flecktarn items. It is possible that there are three Belgian patterns. The two I mentioned above and a third which is small, like the BW pattern, but not the same print screens. I'll have to check into this later. 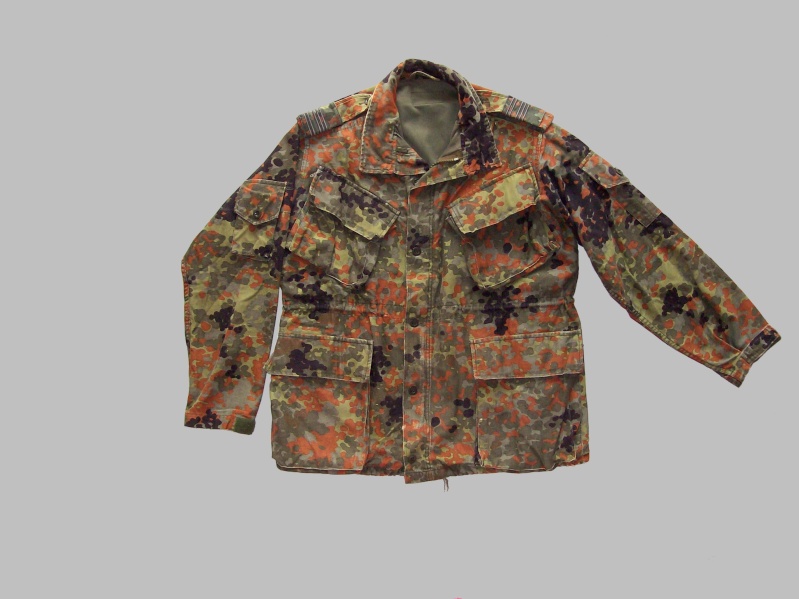 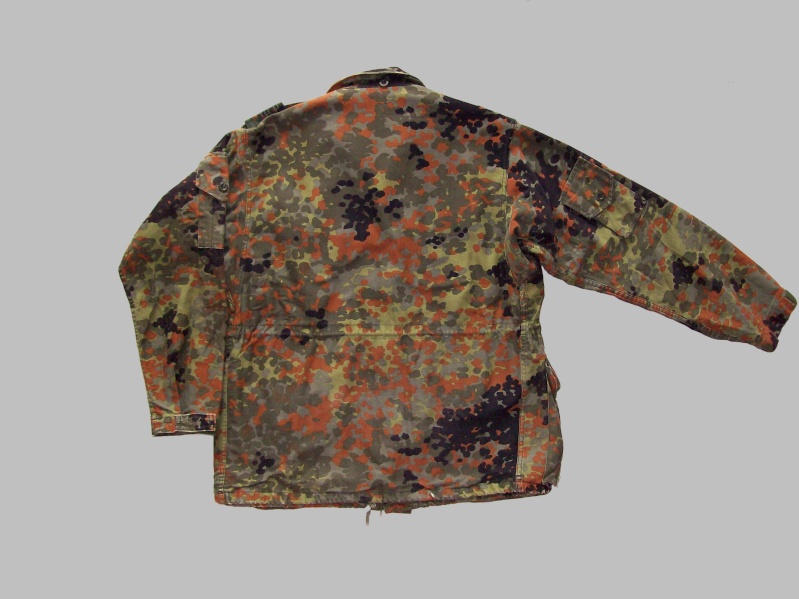 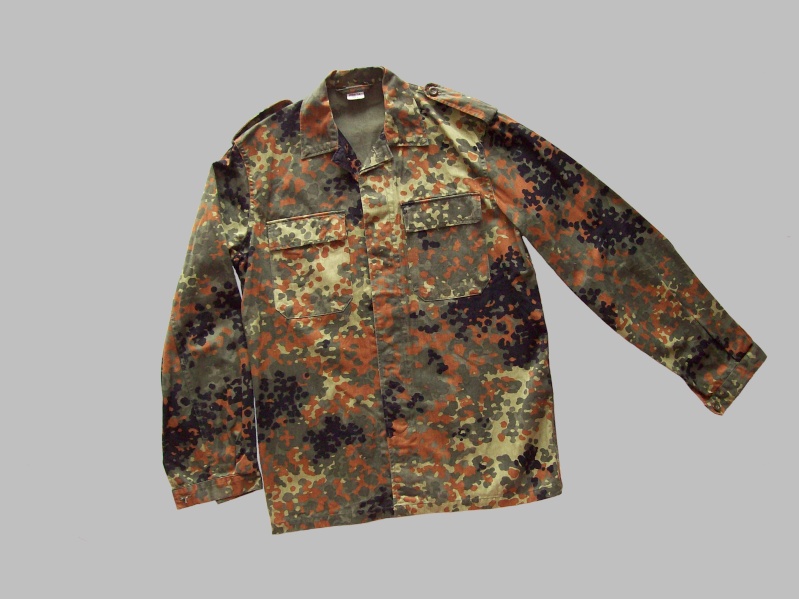 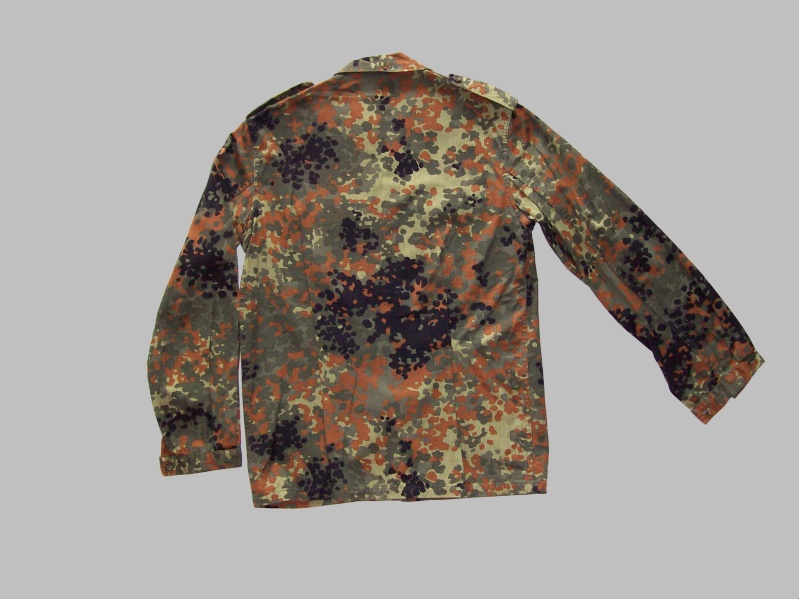 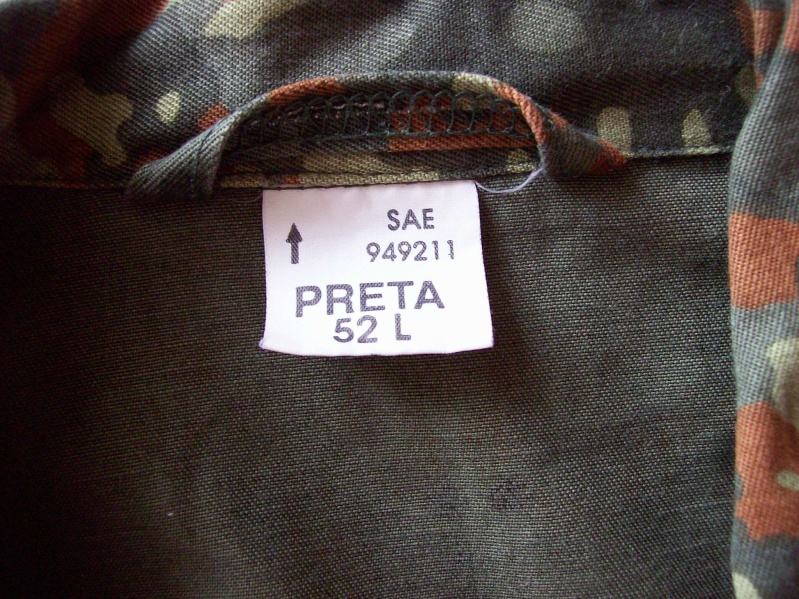 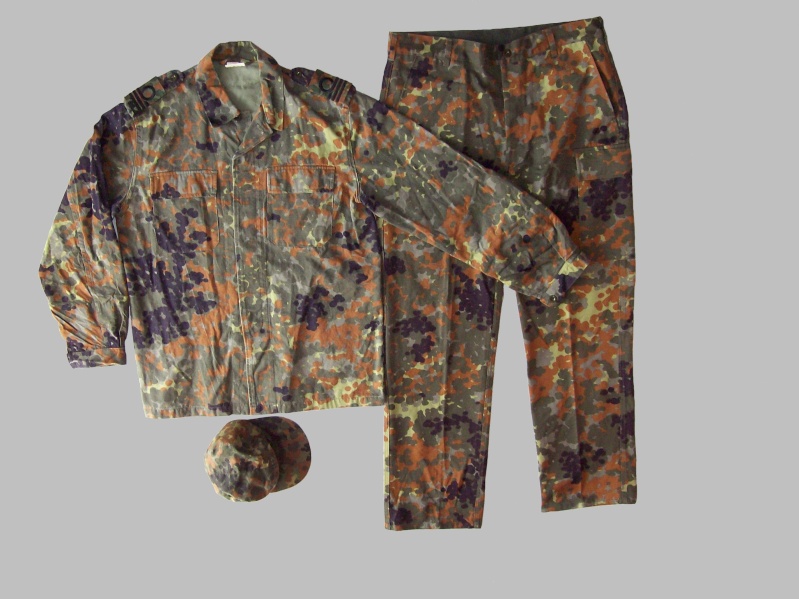 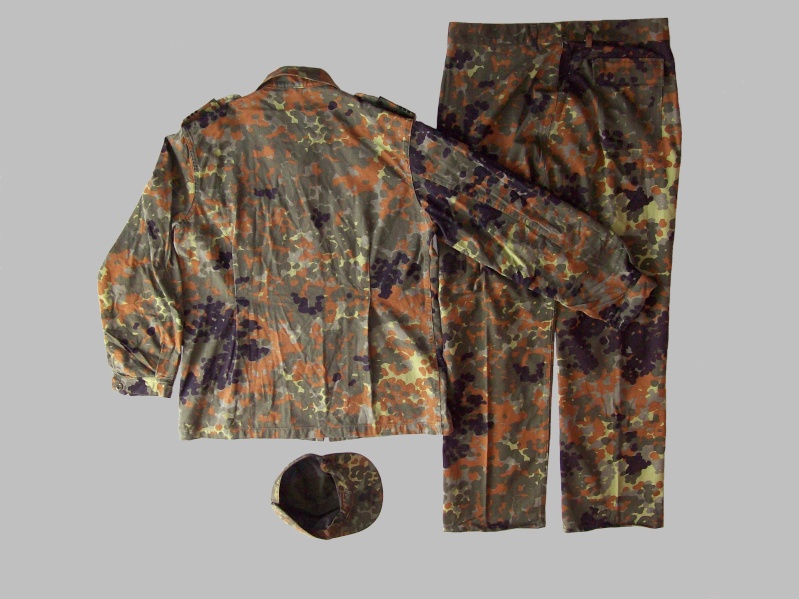 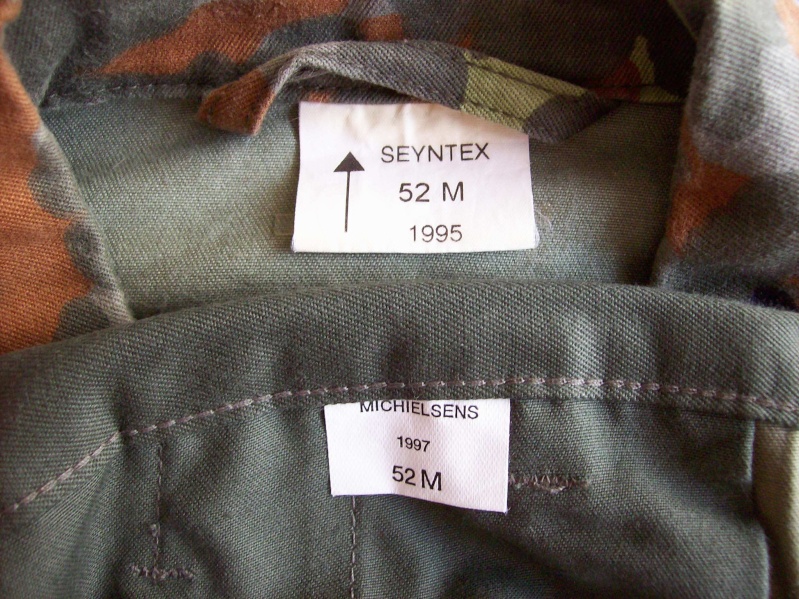 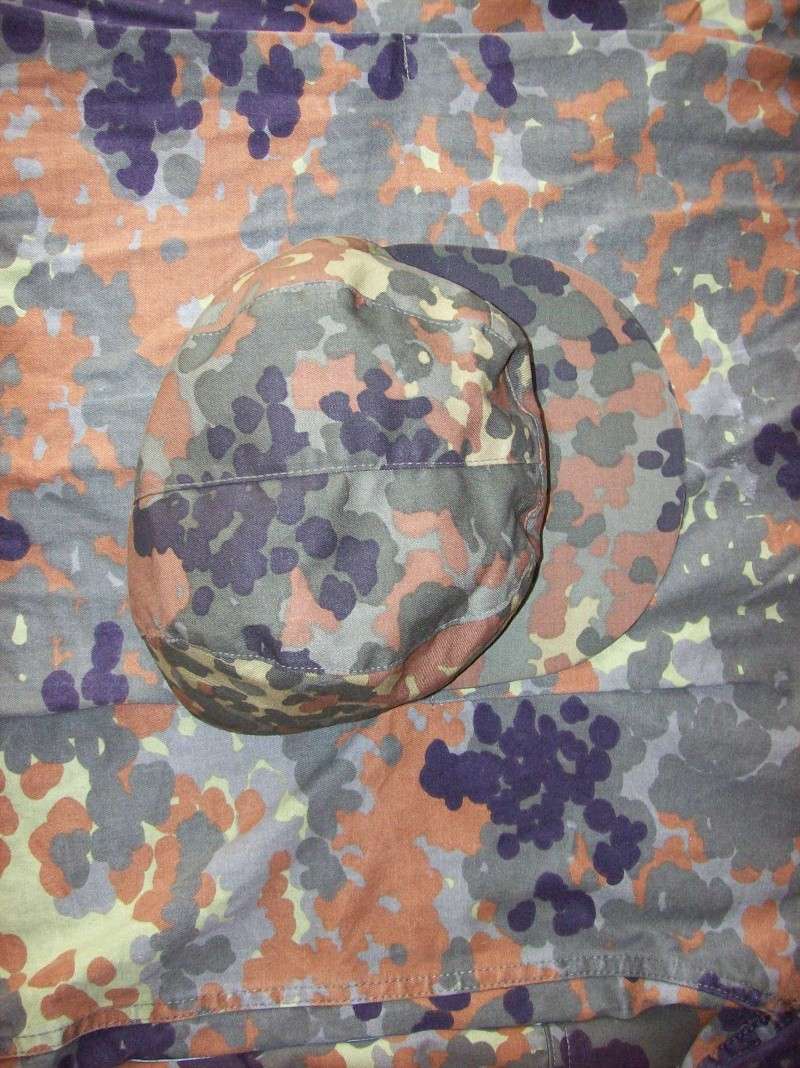 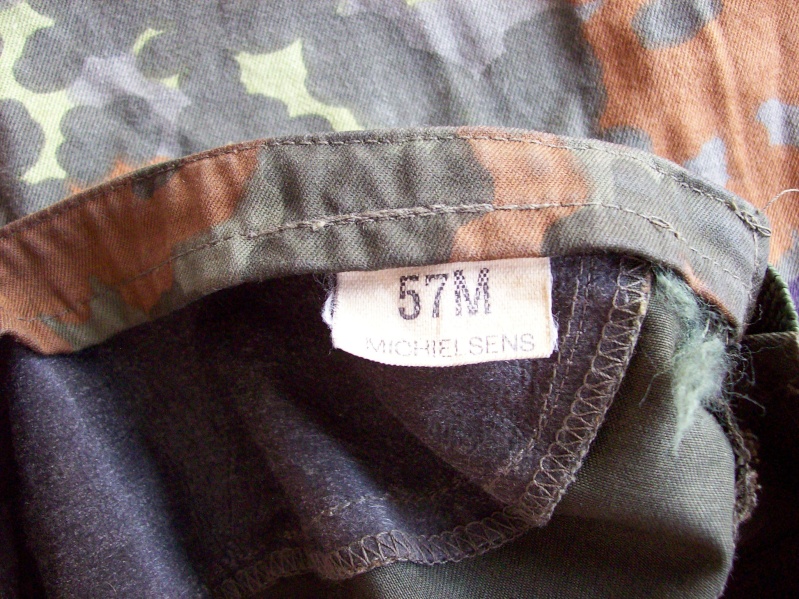 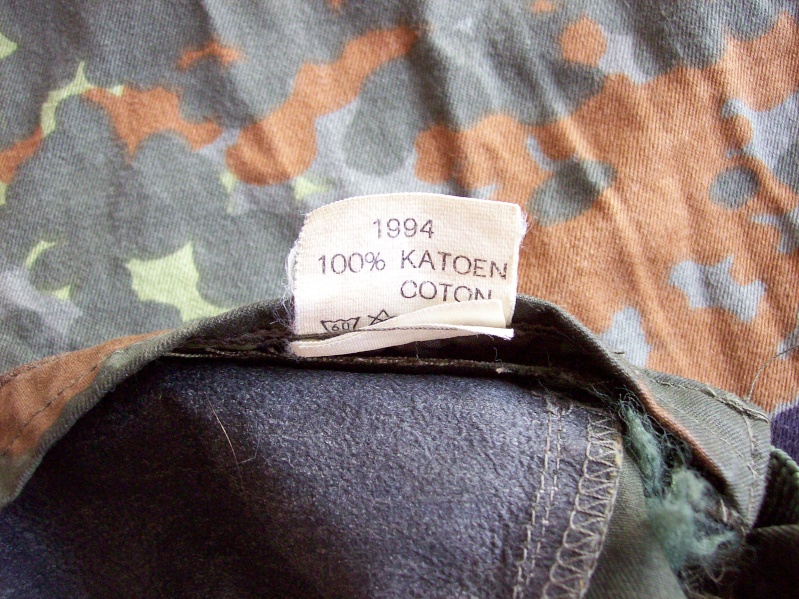 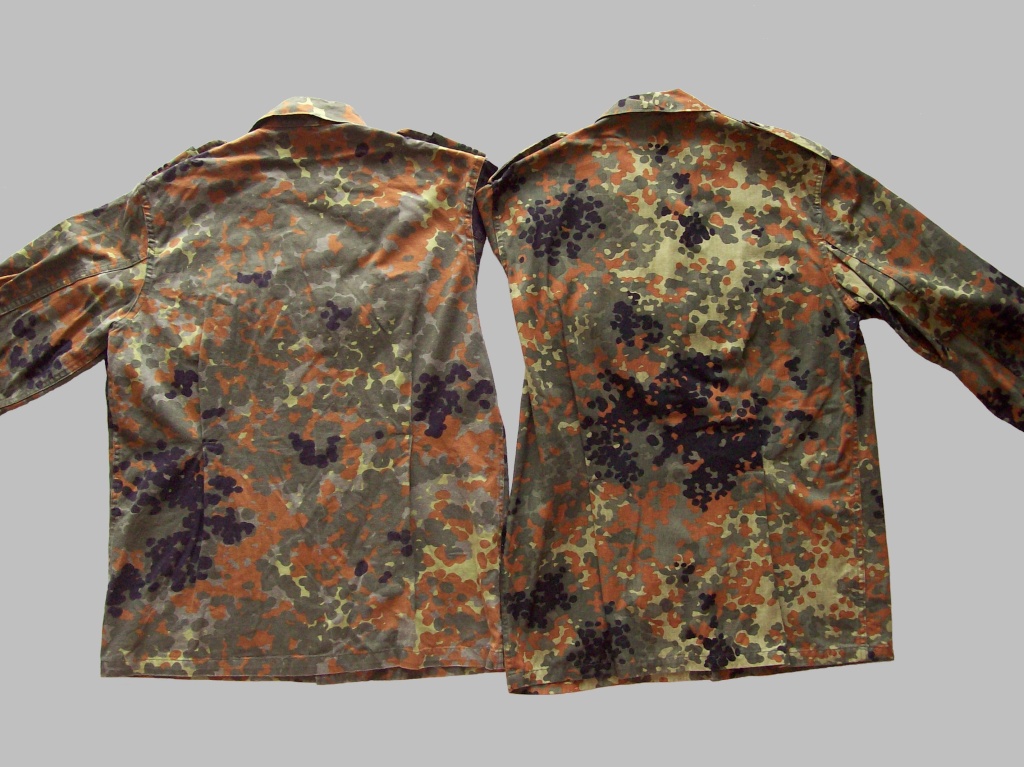 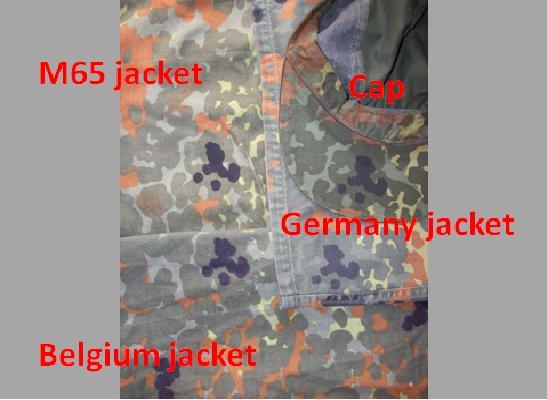 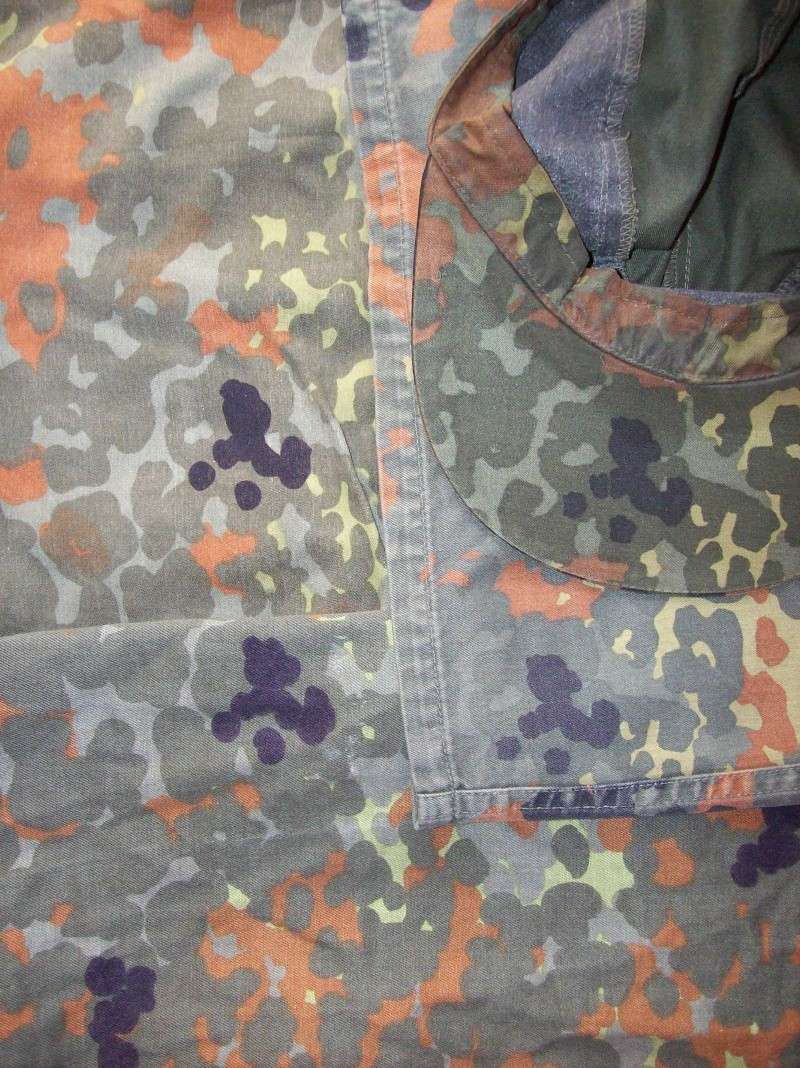 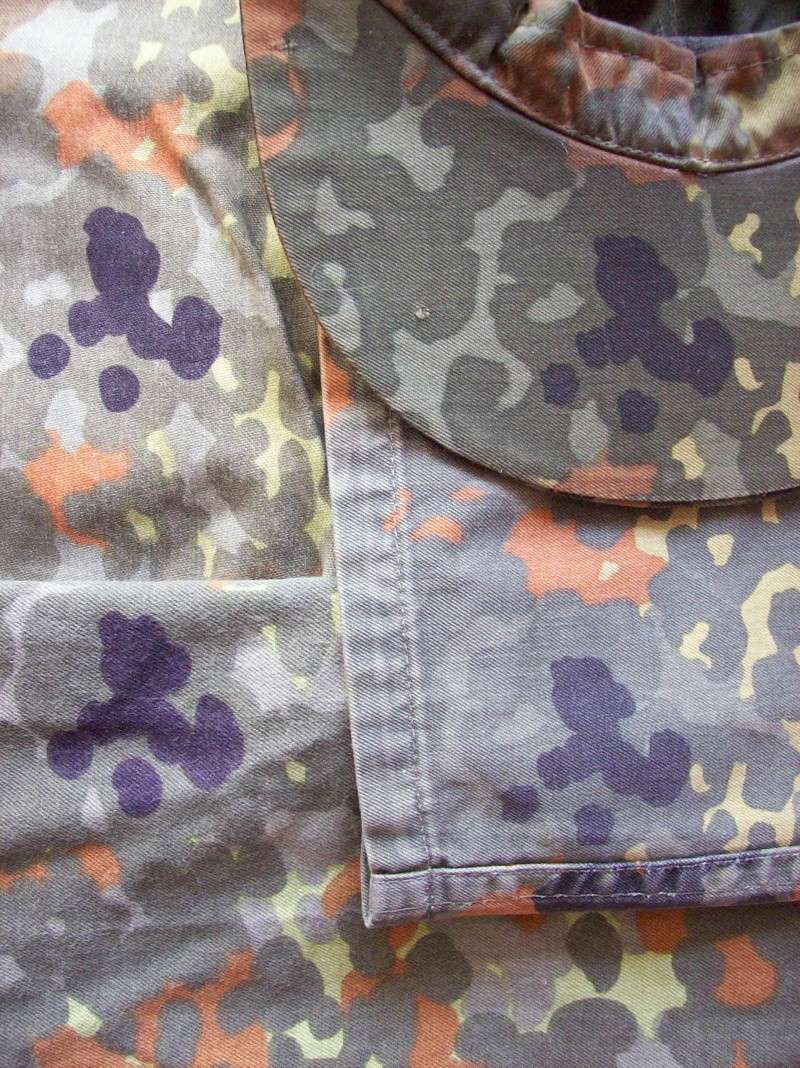 The repeat in height of all garments is between 37,5 38 cm
Gilles
joni firpo

Found recently in a local thrift shop. The rank stripes are sewn directly to the epaulettes of the coat (jacket) different from that on vonstuck's jacket (as I see those are rank slip-ons, aren't they?).
CollectinSteve

I have never seen any Belgian field uniform with the rank sewn onto the epaulettes. Interesting! But I can't see the full res image. There's an error. Can you double check it, please? 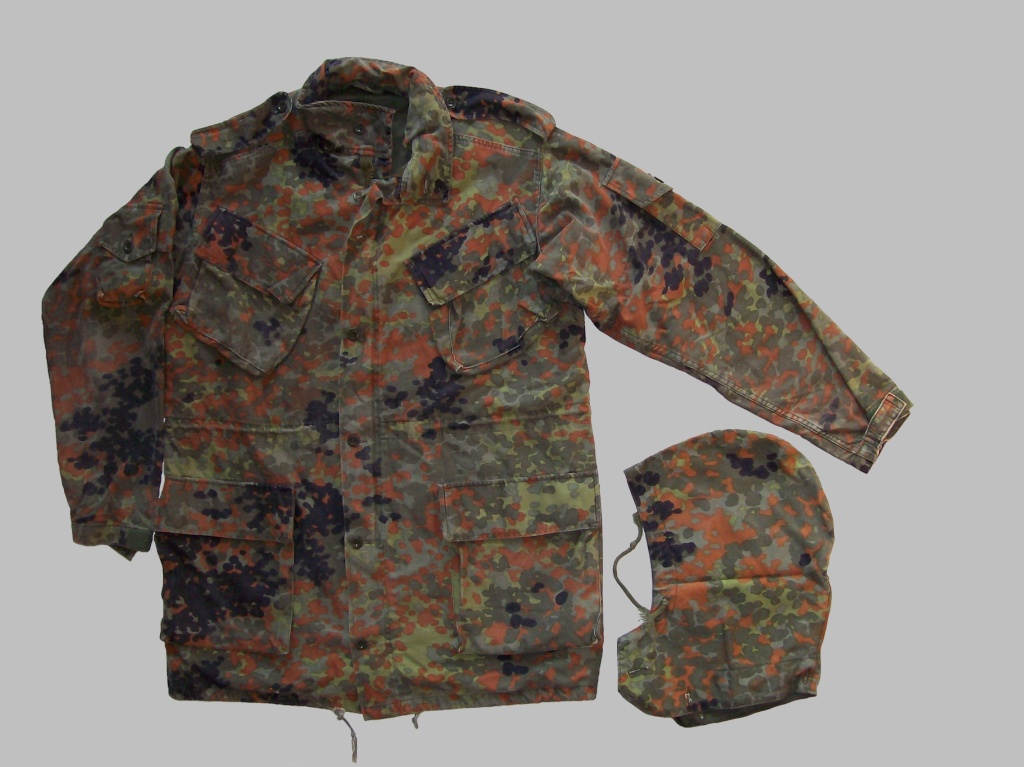 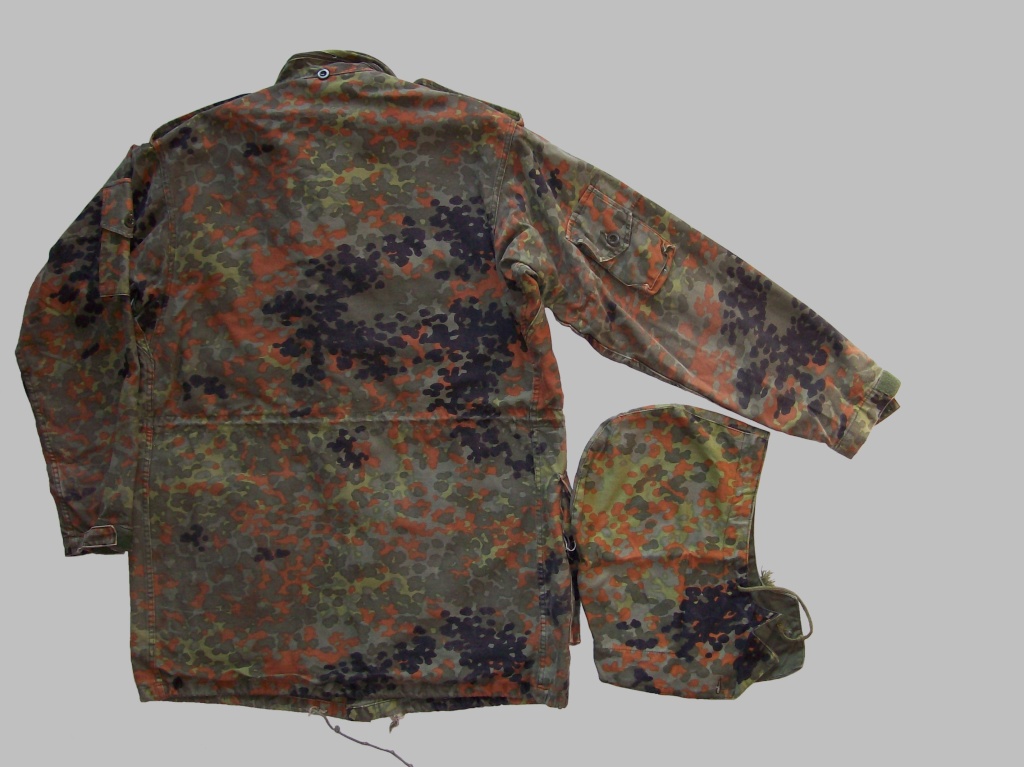 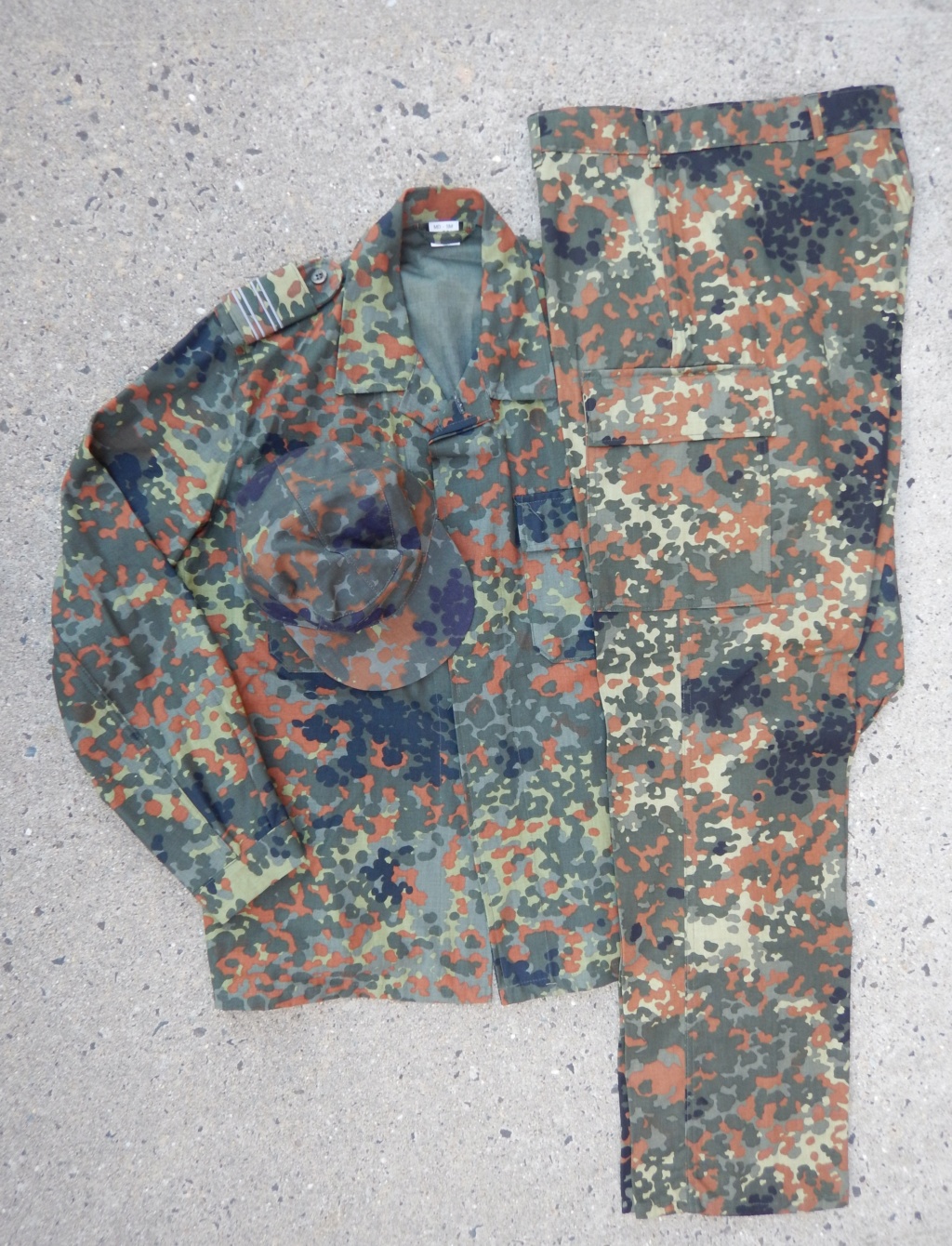 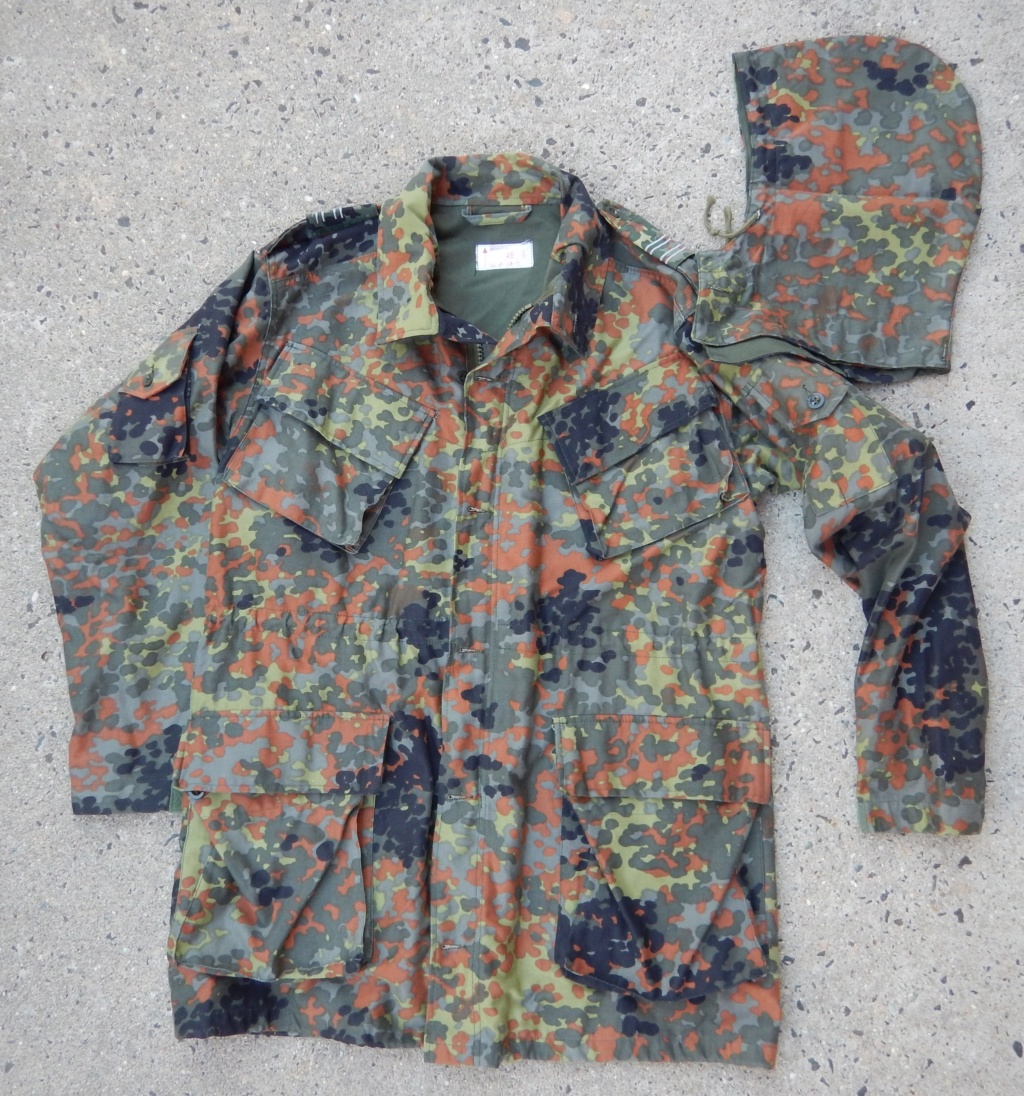