Just a quick question because this really isn't my area:

I've got some jigsaw pattern combat trousers (SEYNTEX 1999). They are the heavy type but, unlike other examples I've seen, they only have one leg pocket (on the left leg if you're wearing them) rather than two which seems to be more common.

Why is this? The pocket doesn't seem to have been removed... 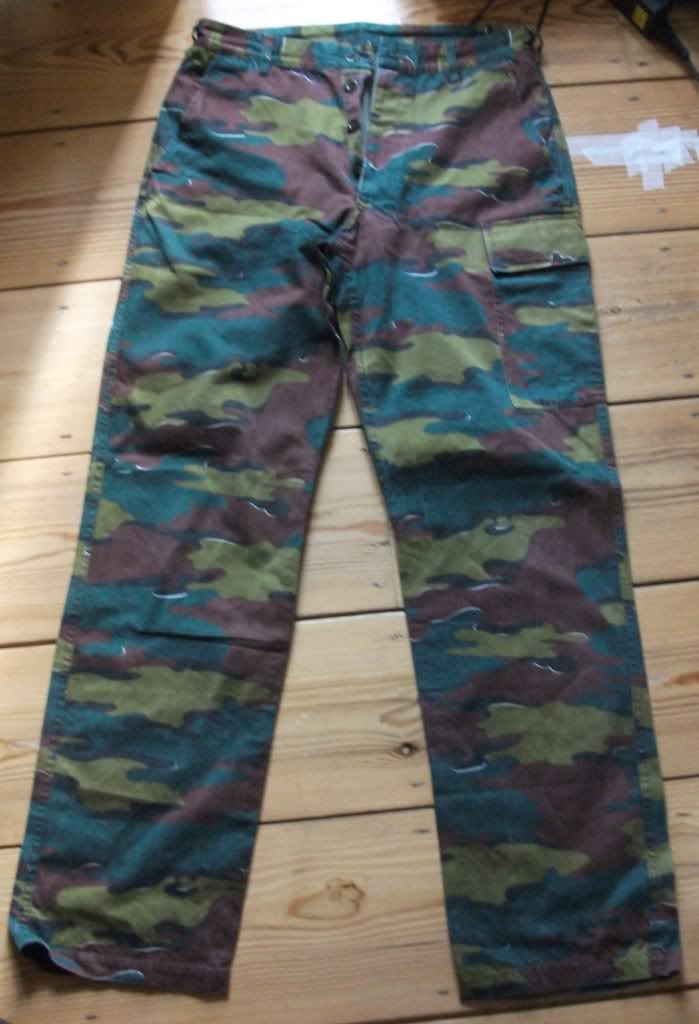 Hmmm.... good question. I have a 2000 dated pair and there are two pockets, but otherwise identical to yours from what I can tell. However, my 1997 dated pair only has one pocket. So it would seem that between 1997 and 1999 they had one pocket, 2000 through (whenever they stopped production, which I think they did) had two pockets.

These are commercial trousers made by the same company for the civilian market.
CollectinSteve