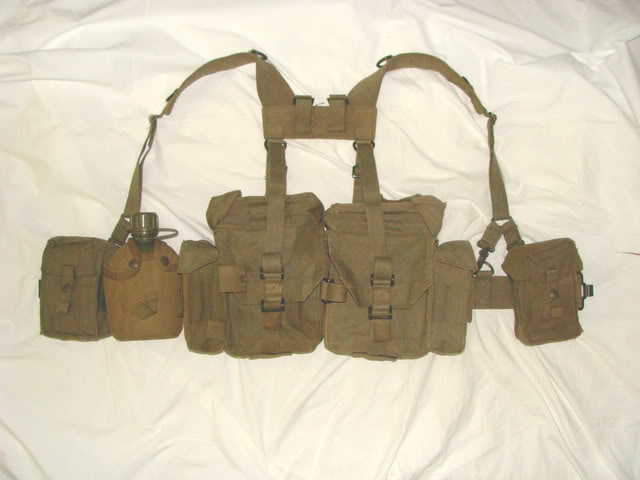 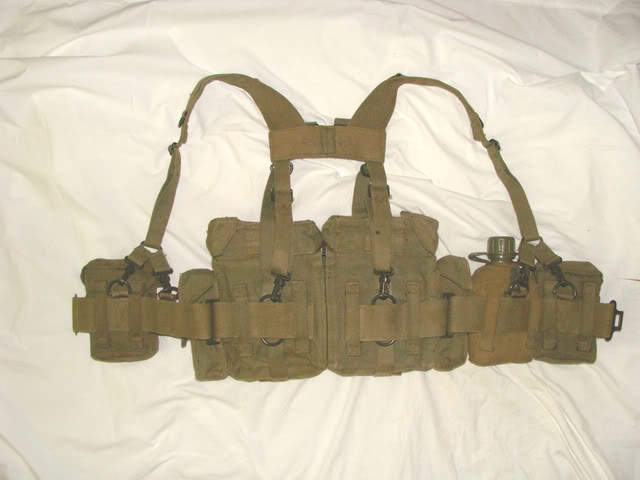 South African web sets  were well rounded out for the time they were in service.

This set is in fantastic conditions...Thanks for posting it.
PedroPato

Here are some photos of the magazine pouches: 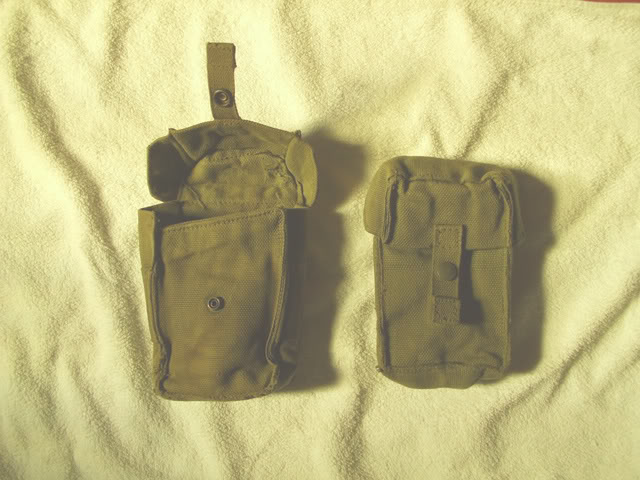 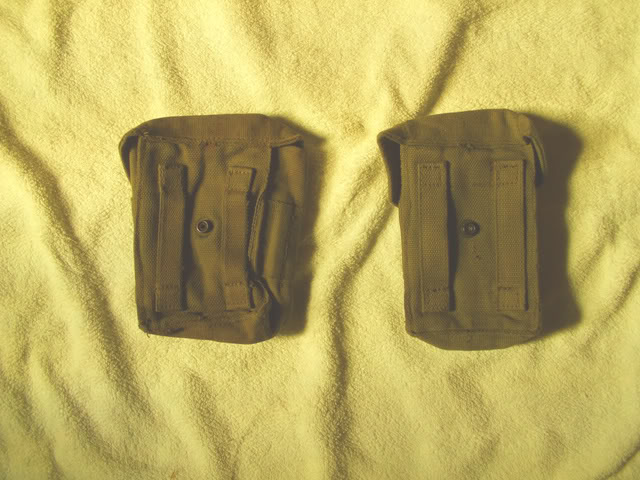 hi pedro im not to familiar with this rig but can i ask if it was common to see the US style canteen used or is it in fact of US origin
thanks ,james
PedroPato

Pedro it's designation was actually pattern 70, which replaced the P-64 series. What impressed me most about p-70 was the mag pouches incorporated into all the packs and such.

The south african canteens are easier to spot compared to US, they're slightly. and they also had a bilingual information legend in English and Afrikaans. - Something about not holding over the fire or such as on the US canteen. Rhodesians also used this canteen. I do note Pedro's canteen doesn't have the english afrikaans text.

The other interesting thing, like the Rhodesians. The south africans never seemed to use bandoleers to carry spare ammo and opted to carry lots of mags.
Bolty717

The canteen carriers also have the external webbing tab, and from I've seen when looking at one in the flesh is the tab was designed so you would hold it with the spare hand while pulling the bottle free of the carrier. Haven't seen that copied anywhere else.

Was there a Velcro version of the ammo pouches, I remember a influx of pouches like that except Velcro instead of domes into NZ in the late 80s to early 90s.
thunderchild

many thanks pedro
Gulf91

Have a couple of sets of this stuff im sure,will have to dig it all out and see whats what.
PedroPato

I cannot edit the title to Pattern 70, some of the moderators might do that for me?

I know have a got a poncho carrier and the current state of my set is this: 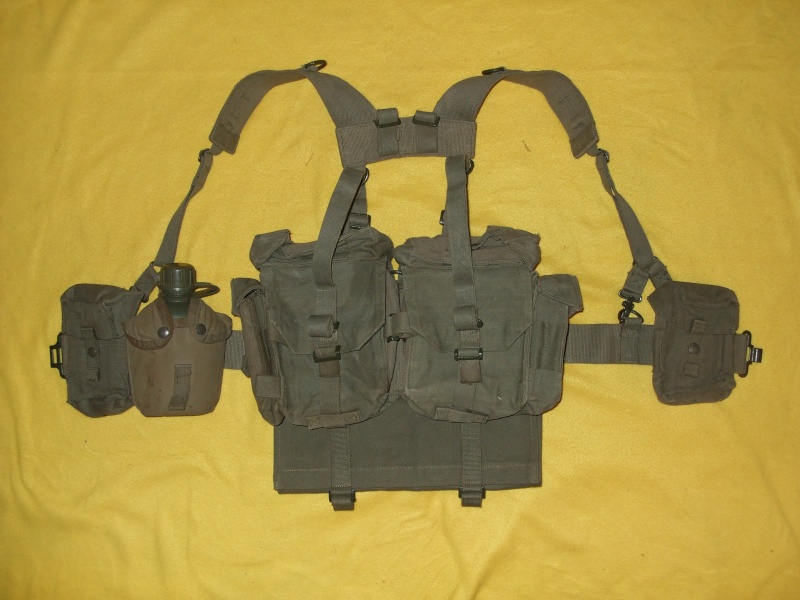 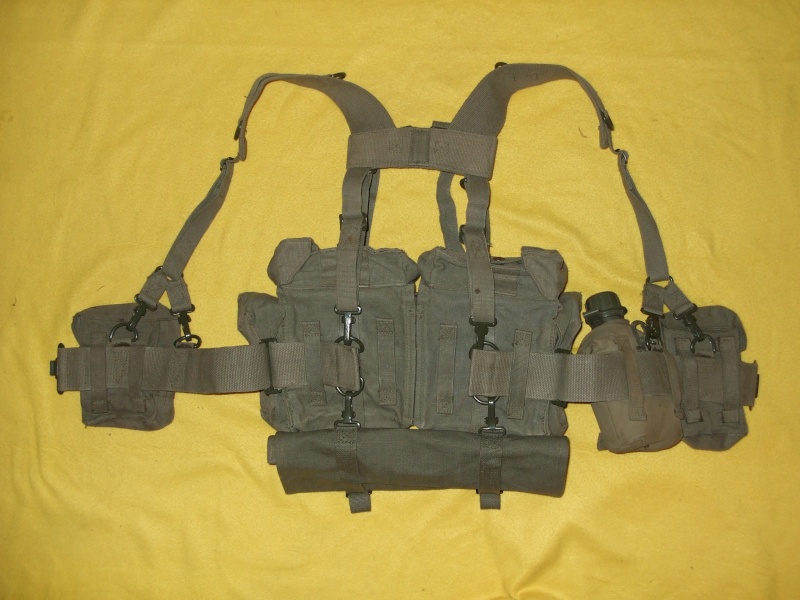 that's a very nice set Pedro. They also made a small pack and large pack, either could be worn on the back attached to the harness. Another nice goodie the south africans used was a toggle rope. Patterned after what the british paras used in ww2, it's several feet long, with a loop on one end and a metal cylinder on the other end. They were designed to be hooked together to make a long rope for various purposes.

Back in the day I had a friend in the SA Army who got me the whole set and also a set of the nutria combat uniform.
Sponsored content