Five years after the IP- DPM uniform went on issue the then issued OG waterproof jackets were due for replacement.The decision had been made to update to a new type jacket and to produce said item in the new pattern.At least two companies I know of produced samples for trial.Arktis submitted their dropliner smock and a matching trousers. Seyntex submitted a PTFE(Goretex) model and a variant made from PU and PA.The latter version went on to become the issue model with few minor modifications.
The trials garments were only produced in limited numbers and were issued to various recruit platoons,Cadet classes and the ARW with the "Goretex" model being highly sought after.
The trials models from Seyntex were both visually identical and had four bellows pockets on the front,no waist drawstring,underarm "pit zips" and a stash pocket in the lower rear interior into which the jacket and trousers could be stored when packed away.This pocket also came with a strap with a side release buckle in order to allow the suit to be carried without the need fora patrol pack.
The model that went on general issue in early 2003 did away with the chest pockets,pit zips and the strap on the stash bag. 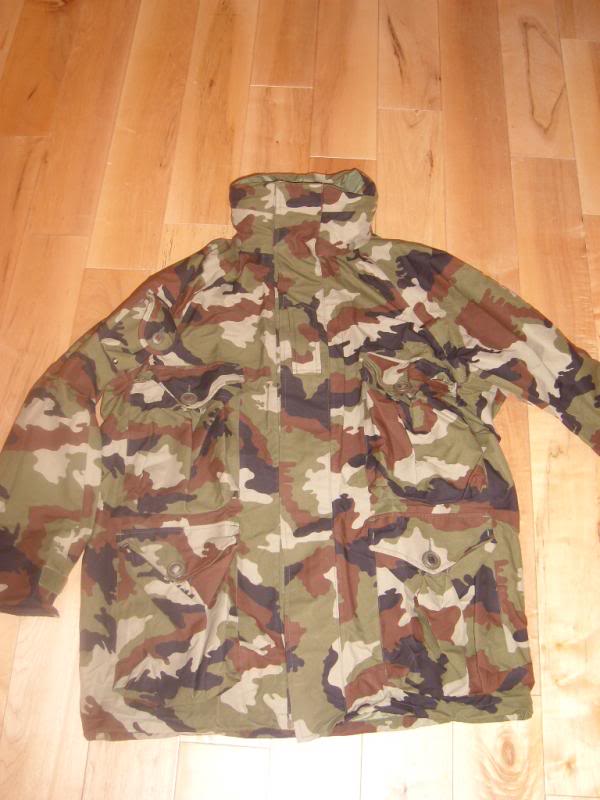 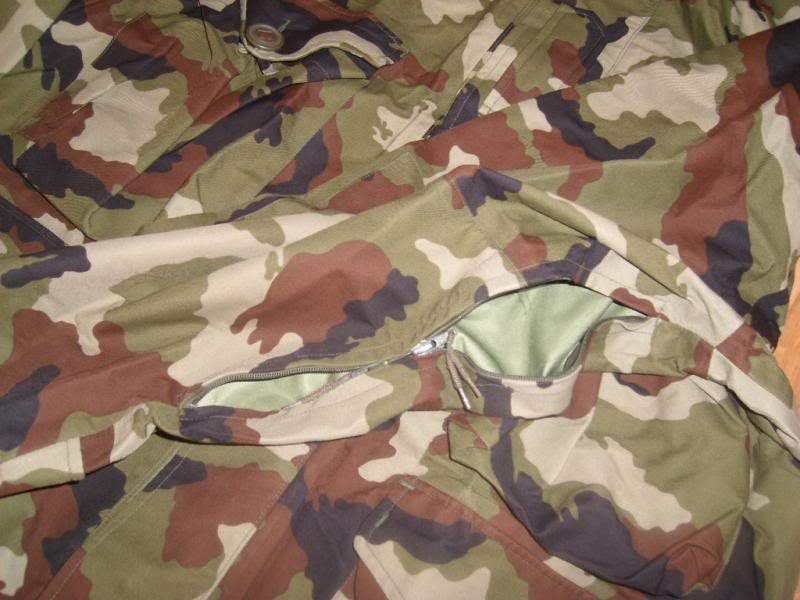 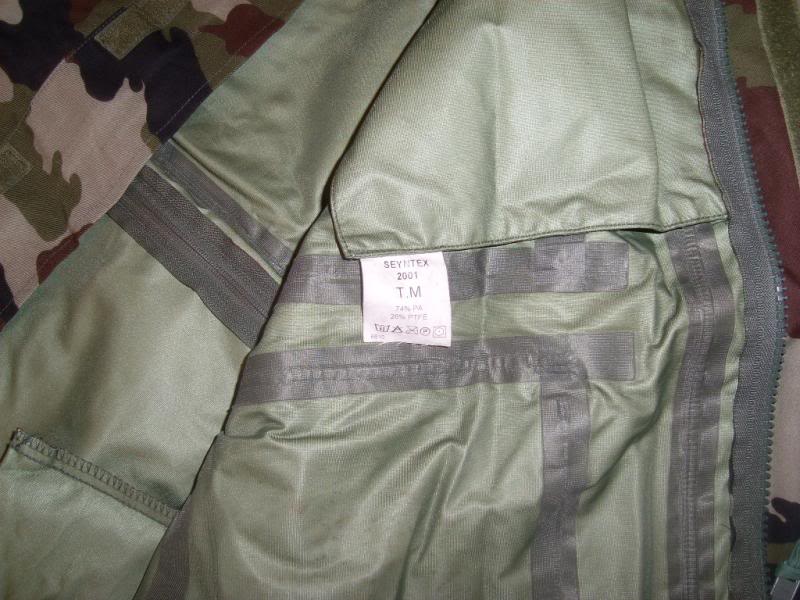 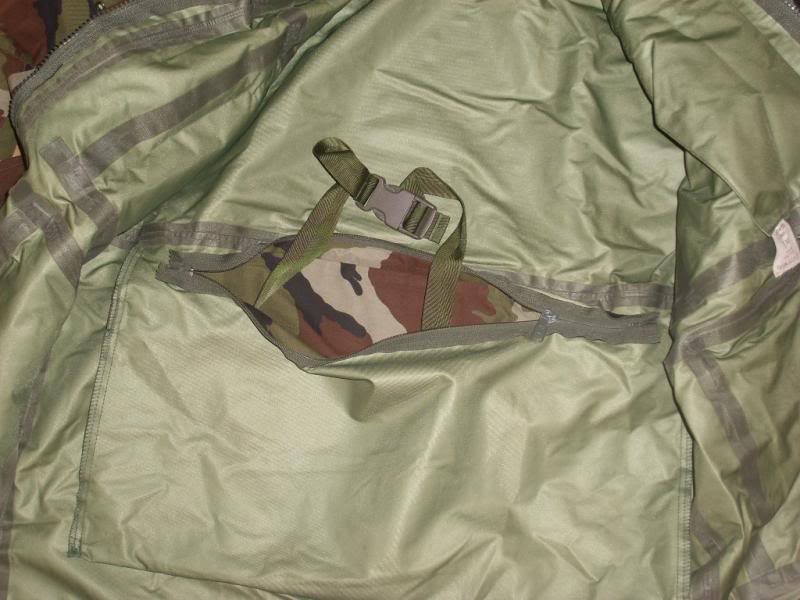 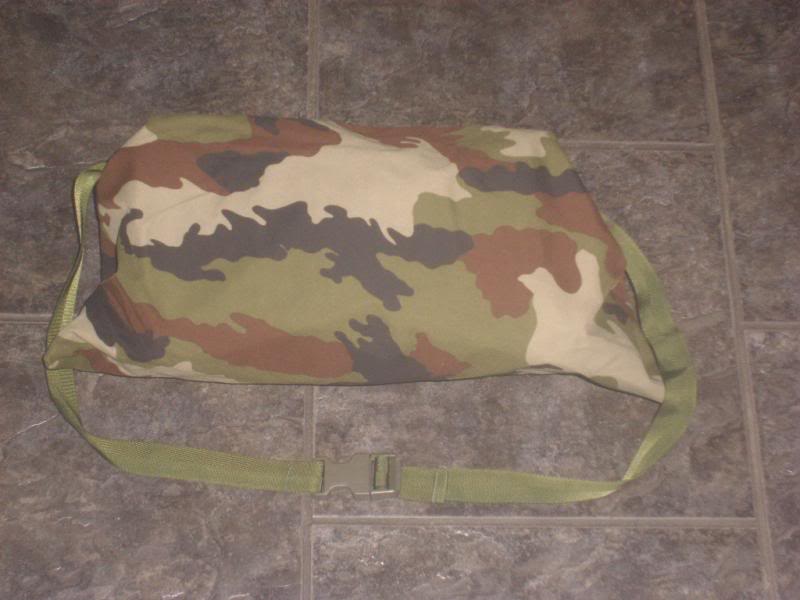 Seyntex does make some really nice kit, don't they?

Does that "T.M." mark on the label mean anything to us collectors?

I think it means "trial model".The later versions that went on general issue did not have those letters on the swing tags.
CollectinSteve