A very clean VN era M65 I picked up recently. 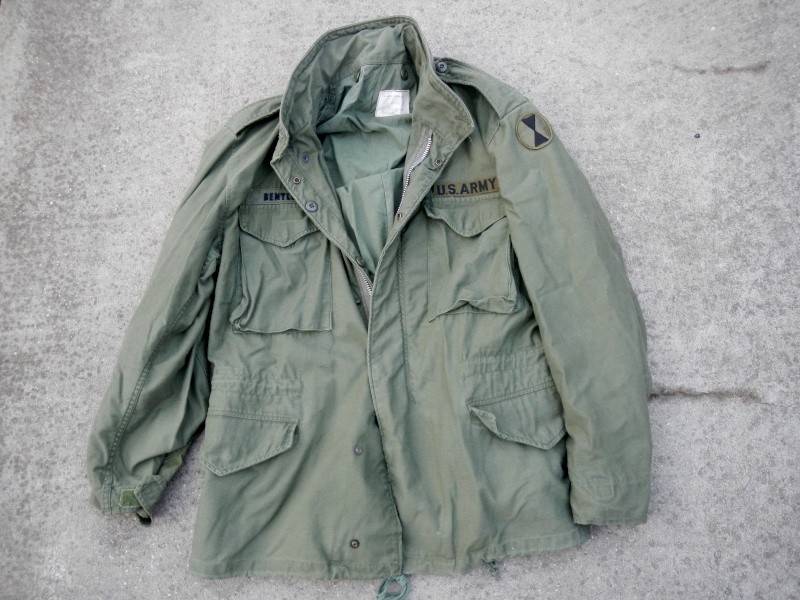 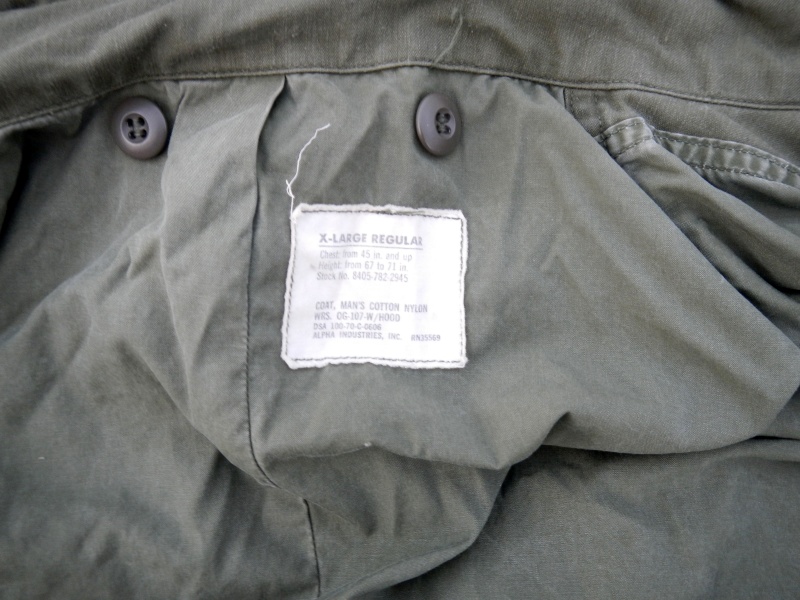 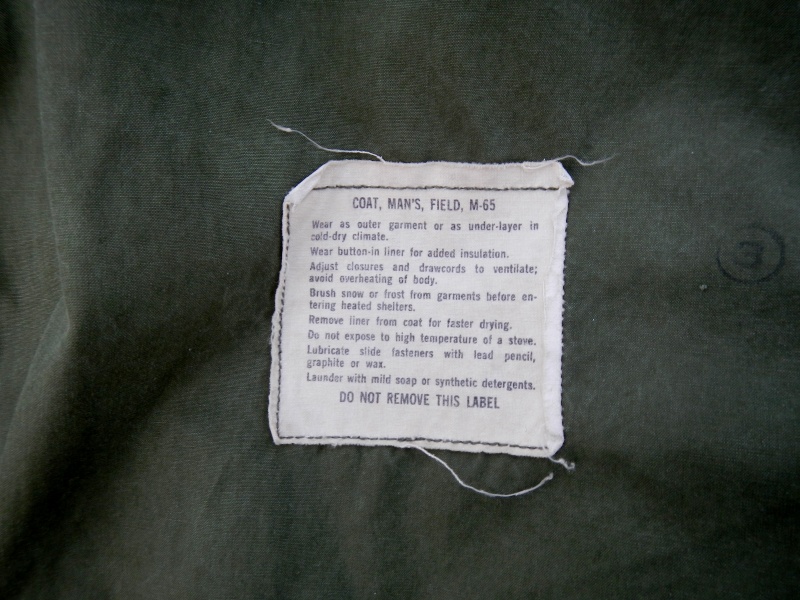 Love M65s of all colours and countries,a timeless classic and have a few nice Nam ones myself including what I am led to believe is a rare version without eppaulettes.
ripcord

M65s are probably as close to perfect as a field coat can be.

And so many variations....

Hah! Sorry about the last comment. I spoke ill of the '65 in favour of the '51. Oh well. We all have our particulars.
Gulf91

How do you guys feel about the USAF permutation? I want to say that is was intermediate-- from like... '57, or thereabout, and had a woolen liner. I had one that was too small, so I gave it to my little brother and thus, cannot refer to it right now, but I remember liking how it fit in between the two Army variants, as far as styling goes.

No idea what type that is but certainly dont like the USAF one with the huge collar thats for sure.
sh4pak

Yeah, I think it had a huge collar. Big, round one? Not pointy...
ripcord

I almost got an USAF field coat awhile back, but somehow lost track of it and it went to another bidder...

They are pretty cool, and I do like the 4 patch type pockets, and the cut as a whole.

Love the M51s, and think they may be marginally nicer than the M65s, but there is no denying that M65s are  overall  pretty much  the best field coats ever made.

You know... after my rather dismal statement of opinion, I realized that my Norwegian field jacket is a '65 (basically-- pointy collar, notwithstanding) and it's my personal favourite. I retract what I said before. The design of the '65 is universally more appealing, and shows up everywhere.
Gulf91

You know... after my rather dismal statement of opinion, I realized that my Norwegian field jacket is a '65 (basically-- pointy collar, notwithstanding) and it's my personal favourite. I retract what I said before. The design of the '65 is universally more appealing, and shows up everywhere.

They made an exact copy of the WW2 M43s which are superb jackets also,used to be very common and cheap here in the UK but not so much now.
sh4pak

Yep. The very one.

The M43s are amazing and the 5 or 6 I have had over the years varied in colours from OD to a brownish shade.

Apart from the main Actors in Band Of Brothers most if not all the other M43s seen were ex Norgi and LOADS were available after filming(think somewhere I have 2 pairs of the ex BOB Norgi trs but alas no jackets).
ripcord

Decent AND real M43s are not so easy to find anymore.

M65s have been cloned for years, so, no surprise that M43s are being replicated.

Guess replication is the ultimate compliment ....

Very cool to find one of those in such conditions..Great luck.

Have seen more than a  few vintage m65s destroyed by ignoramuses who incorrectly patch them to get a few more bucks out of them...

Most of the time, it is pretty obvious.... 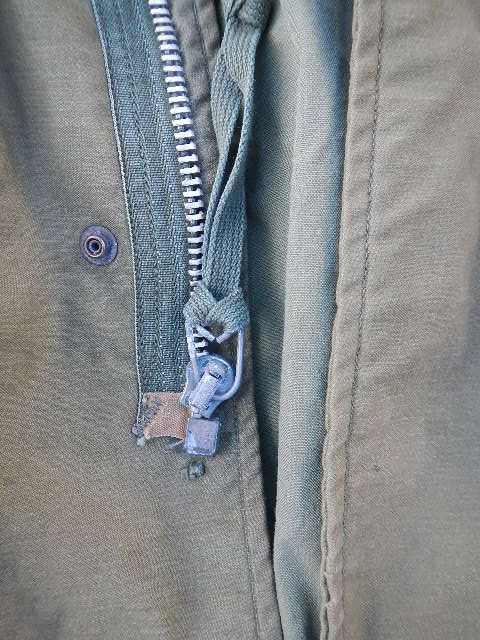 Posted these elsewhere, but they belong here as well. 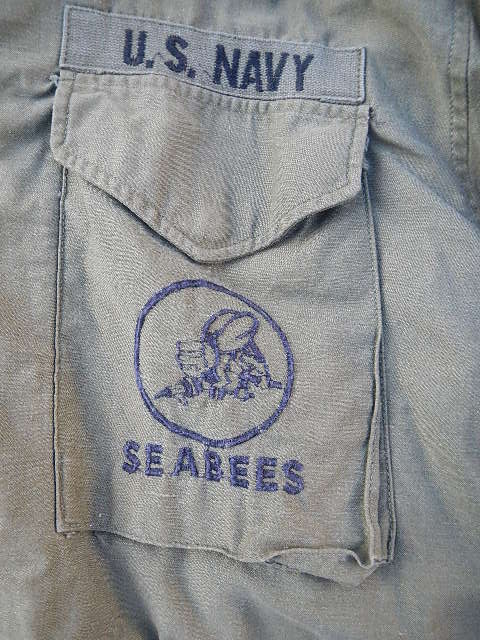 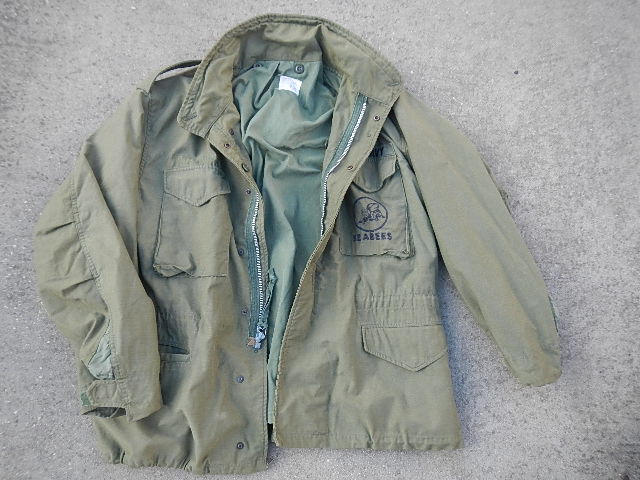 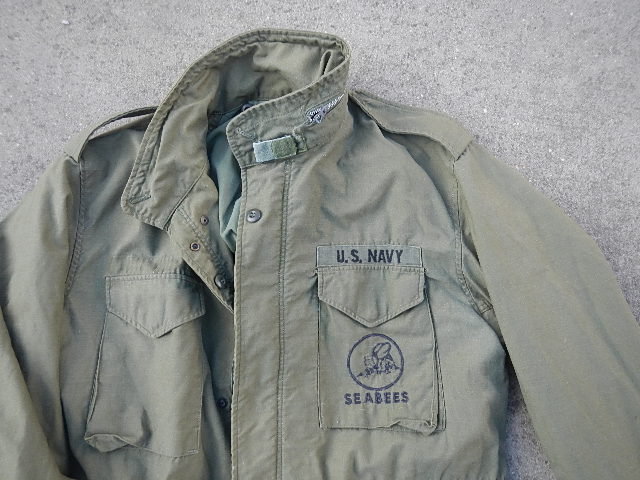 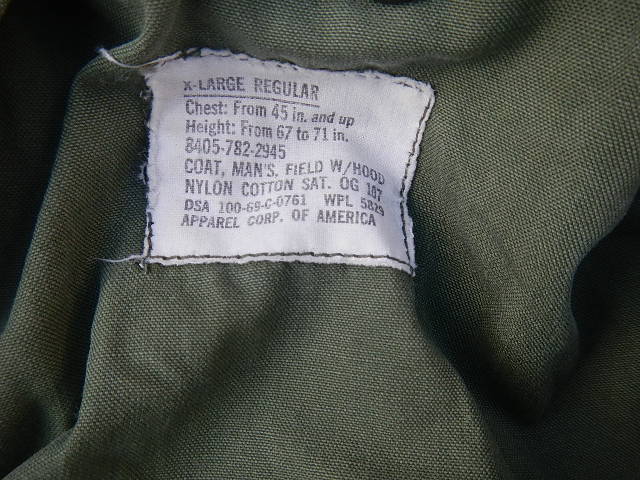 Here is an example of a put together.

Usually people do this sort of thing with  hopes of making more money than they think the piece is worth in its original condition.

I purchased this 1974 dated M65 along with a similarly patched non ripstop ( early 60s ) Olive jungle jacket and a WWII olive patrol cap.

Did a bit of research before I bough and concluded the patching on both pieces are  incorrect to some degree.
At least  the CIBs are incorrect as 3 award recipients are known and these names are not on that list.
There are a couple of other things I dont like as well, but the CIBs are undisputable evidence of a put together.

The puzzling part is that the price for the small lot was a ridiculously low Buy It Now option that I jumped on.
I asked the seller for a story. He told me something about 2 buddies who'd had  parallel careers and supposedly wore these pieces in Germany early '70s.
Not plausible , but did not press. He claimed to know the individuals and did not want to offend.

In any case, nobody made money from these put togethers . 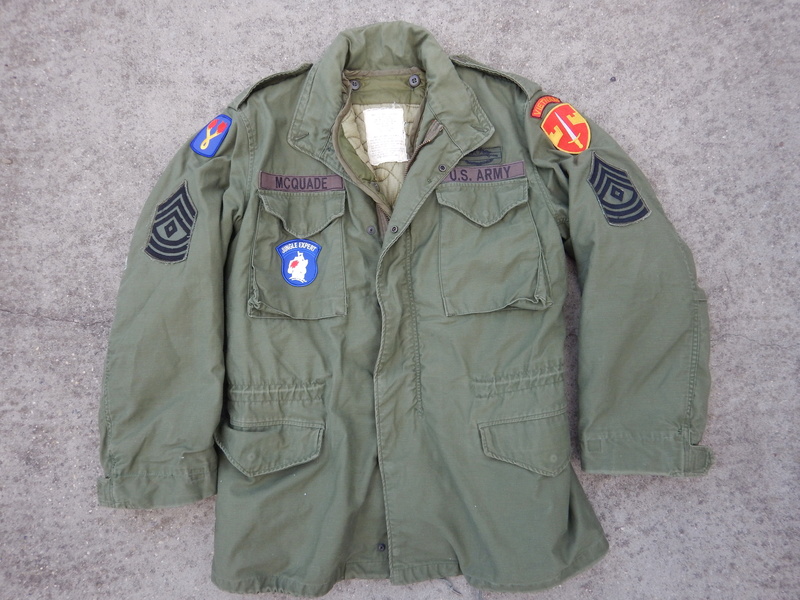 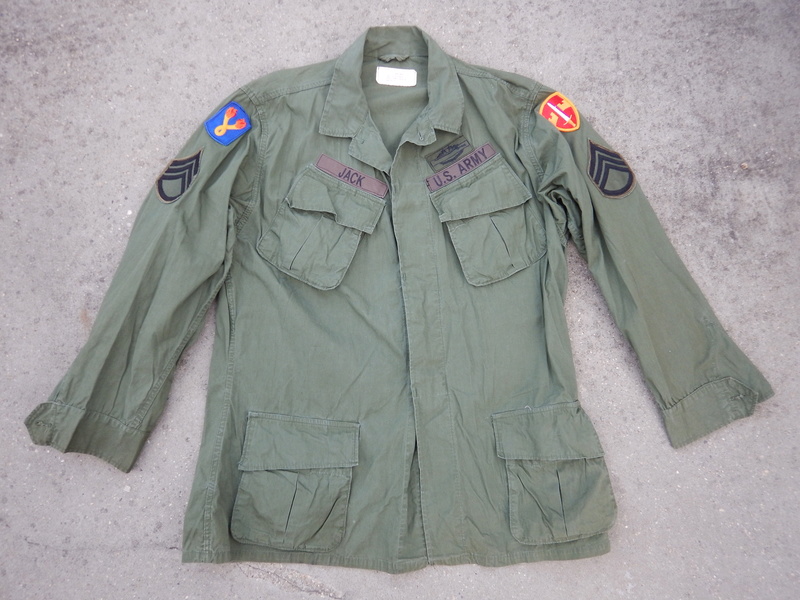