Received this Spanish parka, and trousers today.  Also included were two boonies, and a few other neat items.

These things come with a story, as most things do.    The person I got these pieces from is a former Marine who deployed to Iraq in '93 right after the invasion.
He served in Diwaniyah, Iraq for about 9 months until his unit was relieved by a Spanish Legion unit.   He acquired these pieces from a member of the Legion  sniper section.
I guess these items are from a double  direct source 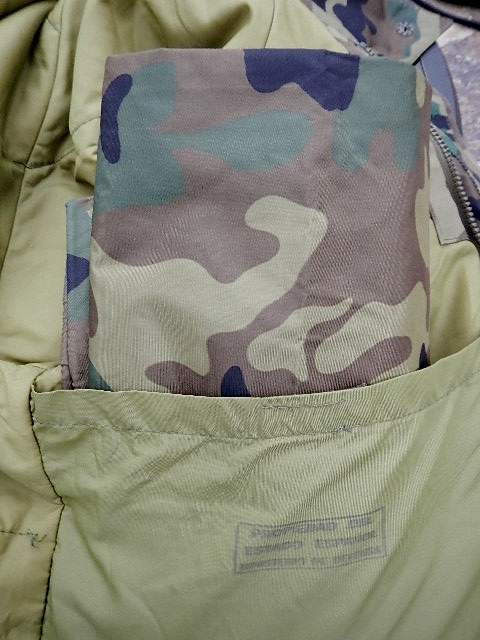 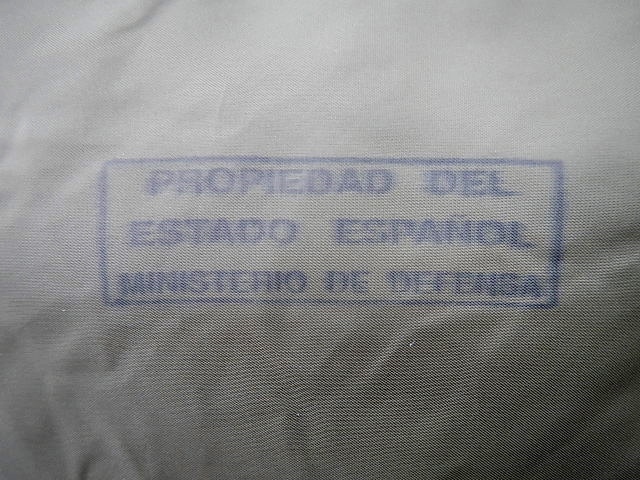 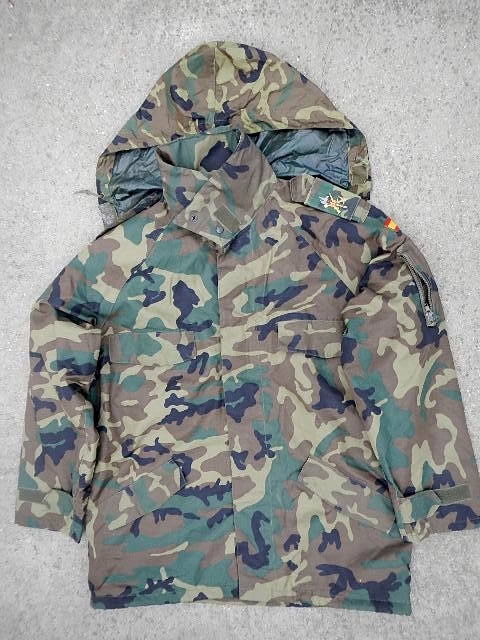 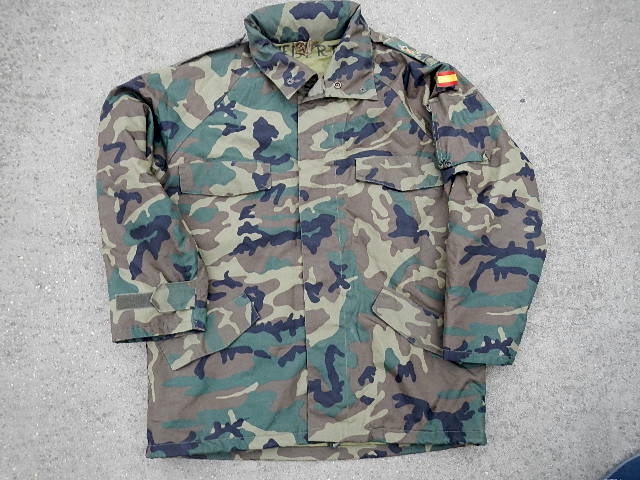 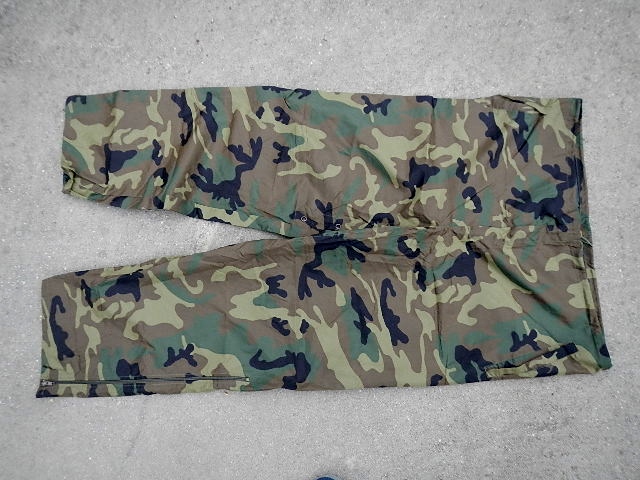 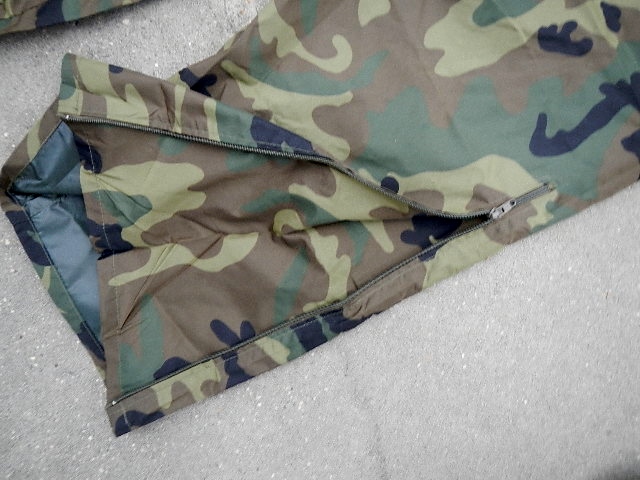 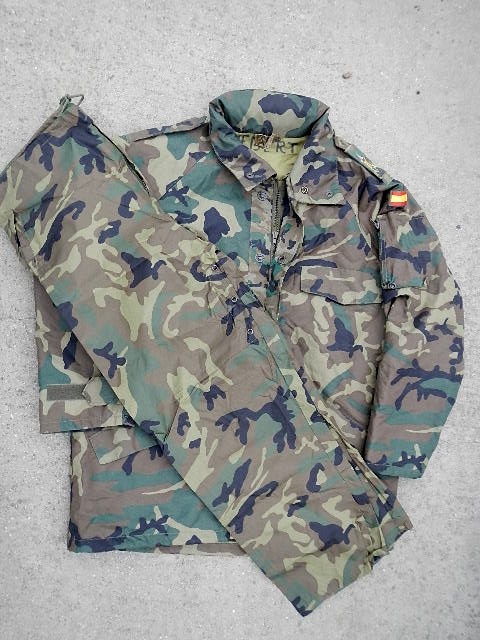 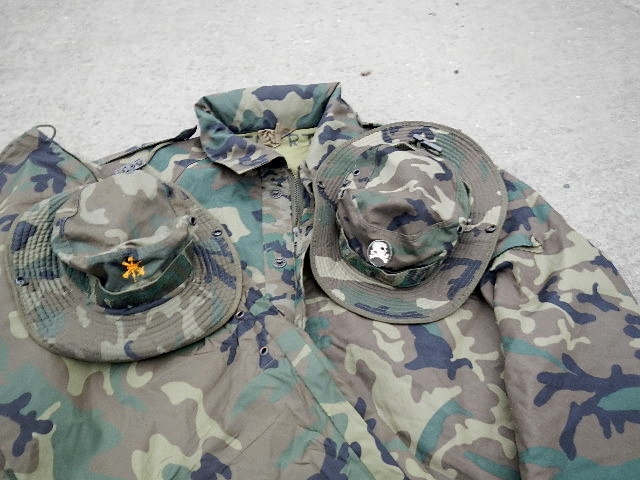 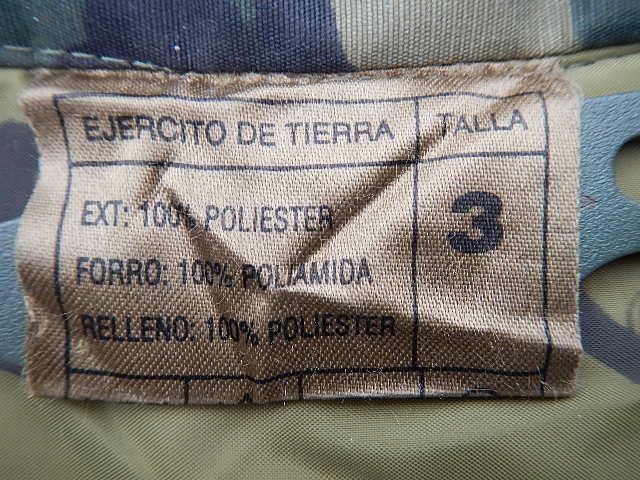 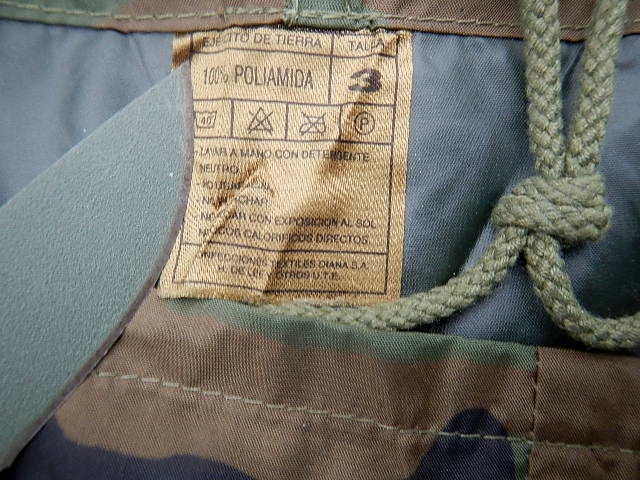 The boonie of the rightside is not from Legion.
This skull is a symbol of the Lusitania Regiment:
http://es.wikipedia.org/wiki/Regimiento_de_Caballer%C3%ADa_Ligero_Acorazado_%22Lusitania%22_n.%C2%BA_8
ripcord

Thanks for your input,

Indeed the skull symbol is of the Lusitania Regiment. My friend also sent a couple of patches.

One of them shows the skull and has Lusitania ( Regiment )imprinted on it. Will post ASAP..

My buddy said he got the boonie , and the other items from a member of the Legion who was in a sniper unit.

Good find. I've always had doubt about how much use the trousers could take before falling apart.

There is also a 6 color desert version that is identical, including the trousers (they come with the coat).

Would love to see a 6 color set.

The trousers are indeed just about useless.  Good for a light downpour, but would be shredded in about 10 seconds of serious field use.

The parka  is not up US standards, but would be useful, at least as an insulator .

Best suited for a walk in the park in late November, than combat.   I took such a walk the other day in light rain and it did fine....

Decent pattern  I did not have, and  did not break the bank..

The 6 color ones come up for sale every so often. At one point they were quite rare, but with the switch to digital it seems stocks have become available in surplus. It's been a while since I checked but www.ebay.es used to have them quite readily a few years back.

About the parka....that model was a common model used for all the ET (Ejercito de Tierra), incluiding Legion forces, the most difference you can find is the removable shoulder straps that were used by Legion members who paid them from their pockets and that although weren´t official ones were used by everybody.

Unfortunately have to say that there were no sniper units in Legion, of course there are snipers, companies use to improve in a snipering qualification to best shooters who have to do their expert shooting course in 2 different modalities depending the qualification. 7.62 NATO (accurazy) and 12.70 (Barret). Most snipers are 7.62 and there is a limited number in companies but they are not a special unit at all.

Snipers act like common personal diferencing the tactics when they have to act like snipers, of course they have their training apart for not being obsolete in long range shooting.

That parka is no different to any other army units in a vintage obsolete camo pattern.

CollectinSteve wrote:The 6 color ones come up for sale every so often.  At one point they were quite rare, but with the switch to digital it seems stocks have become available in surplus.  It's been a while since I checked but www.ebay.es used to have them quite readily a few years back.

There are 2 six color parkas, the very best pattern in thin clothe given in 91 and the second nylon one like shown given to Legion in 2003 ( I dont know about other units)

My English is getting worse and worse every year . LOL
Best Steve
CollectinSteve

Your English is better than my Spanish

Yes, there are two 6 color parka. The early type is, like you say, much better quality. Those are very rare. I don't think I have one!

Probably I have 2 of those you say, even the 1991 siroquera
Sponsored content