It's going to be awhile before I can really pull this stuff together, but I thought a quick post might do for now

Below are three samples taken from the backs of TAZ83 jackets. All three pics were taken in the same lighting conditions and distance from the camera. Therefore, they are scaled correctly to each other. They represent two of the major patterns and one variation. First up, the two major patterns: 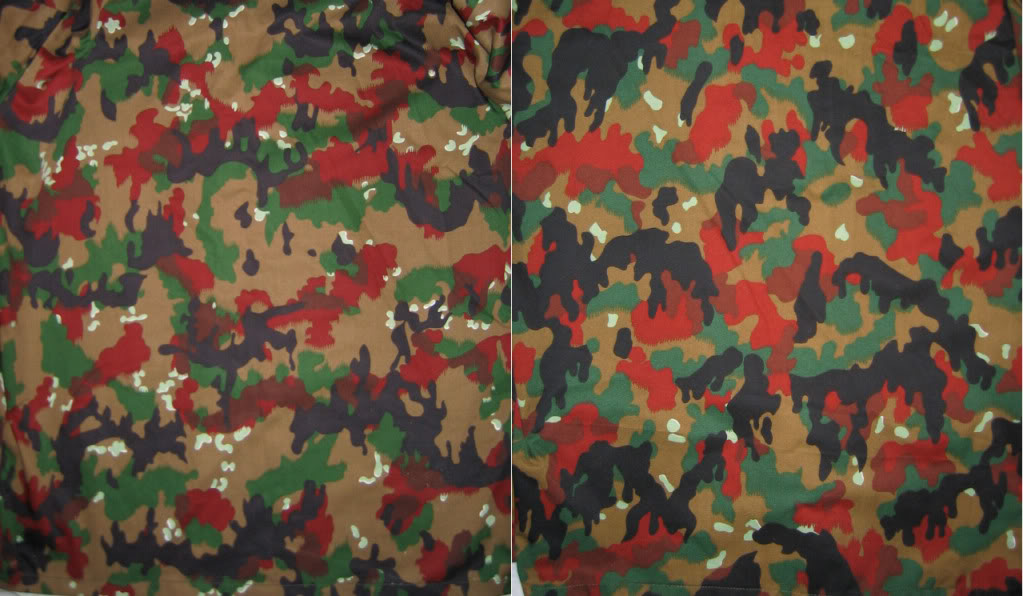 On the left is what I call Small Leiber and on the right Large Leiber. You can see the two are absolutely not the same patterns just by looking at them side by side. The major differences are Small Leiber has shapes which are distinctly branch like while Large Leiber is more towards blobs. Small Leiber's flecks are small, numerous, and clustered together near the Red and Green colors. Large Leiber has very few flecks, they are larger, mostly single or paired, and are centered in the brown areas for the most part. Small Leiber's black has holes in quite a number of the shapes while Large is completely sold. The streaks of Small's Red and Green colors are always opposite each other while Large's all go in the same direction. Finally, the other major difference is that Small's Black shapes tend to have "drips" going in both up/down orientation, while Large Leiber's tend to have a distinct preference to "drip" in one direction only (in this orientation, "down"). 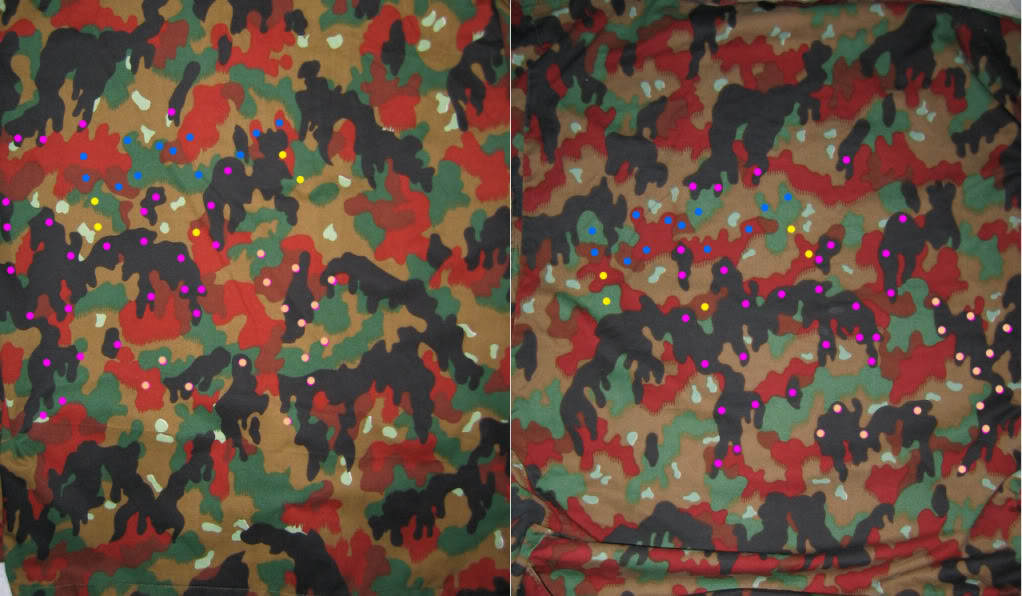 These pics represent Large Leiber Variation 1 (Green) on the left and Large Leiber Variation 2 (Red) on the right. While these patterns are more similar than the two noted above, they are definitely different. What I did was plot 4 different colored points over major shapes of Variant 2 (Red) on the right the copied and pasted the dots over Variation 1 (Green) so you can see exactly how things line up. The blue dots represent similar points to compare for the Red and Green colors, pink dots represent similar points for Black. Yellow dots show points which are different for Red and Green, peach dots show differences for Black.

First off, you notice that the Reds and Greens are reversed for the two Variants. Second, while there is a decent correlation with the particular shapes I chose to highlight, you can see that it quickly breaks down and comparisons fail because the shapes are not similar at all. Even the shapes I chose are only similar and not exact copies of each other. Note also that the Black is independently printed from the other colors so that it's alignment with them is completely different.

When I have some more free time I'll document the other half dozen distinctly different patterns the Swiss used for the nearly 35 years this pattern was in service. While there are major differences between the patterns, they do primarily break down into Small Leiber and Large Leiber variations. Some, however, are "radically" different compared to others.

Still no time in sight to do more research. However, the operating theory I am working under is that there are two primary "families" of patterns: Small Leiber and Large Leiber. Within each there are variations, sometimes extremely significant. Some of the differences are simple, like swapping colors or reversing the direction of the black shapes. Other times it is fundamental, such as completely different shapes or different method of construction (for example, black being printed independently or tied to the other colors).

There's one variation of Small Leiber that probably should be its own "family" because its construction techniques are very different and the results produce (effectively) one extra color through the method of overlapping of other colors. Thats what I want to nail down before I detail my findings.

I'm curious though... what sorts of things do you guys have in your collection? Take a careful look because some items are made with multiple types of cloth and I've got 3 jackets which are Model 2 but have 1/2 of the arms cut off and Model 3 arms sewn on in place. No idea why

Oh, and I guess since I'm here I should explain the different Models!

Model 2 (1962 - early 1970s?) - same as Model 1, likely with same official designation, except material is thick cotton and elbow/knee reinforcements use specially backed cloth (with slightly different texture than for the rest of the uniform). 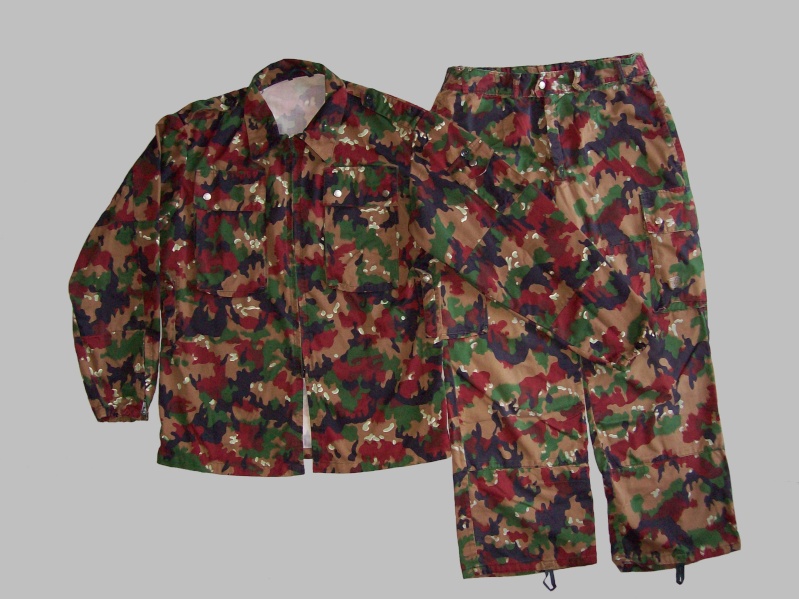 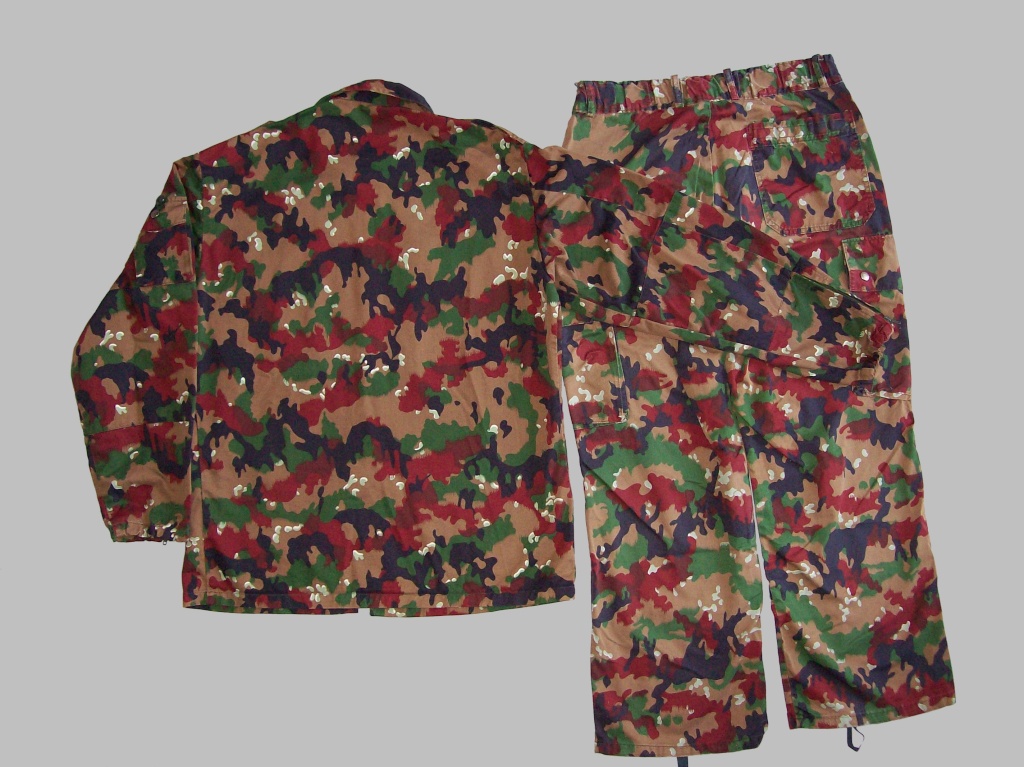 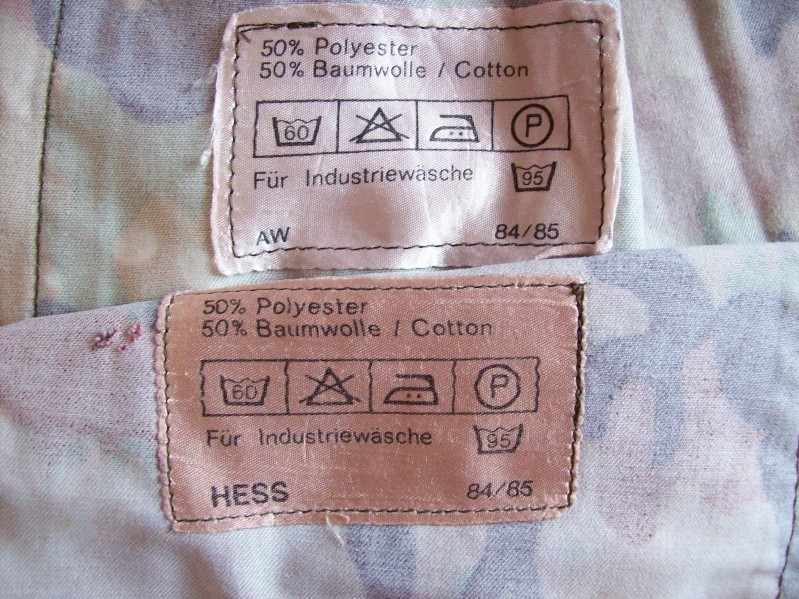 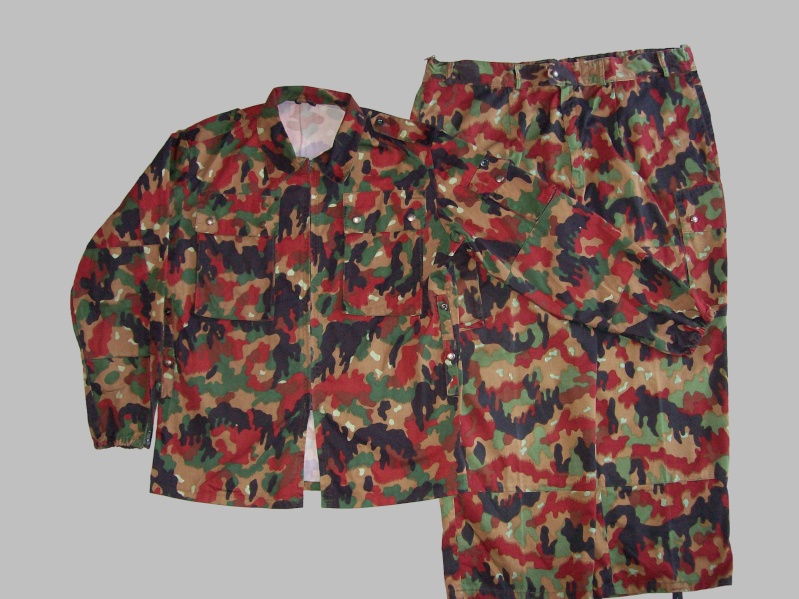 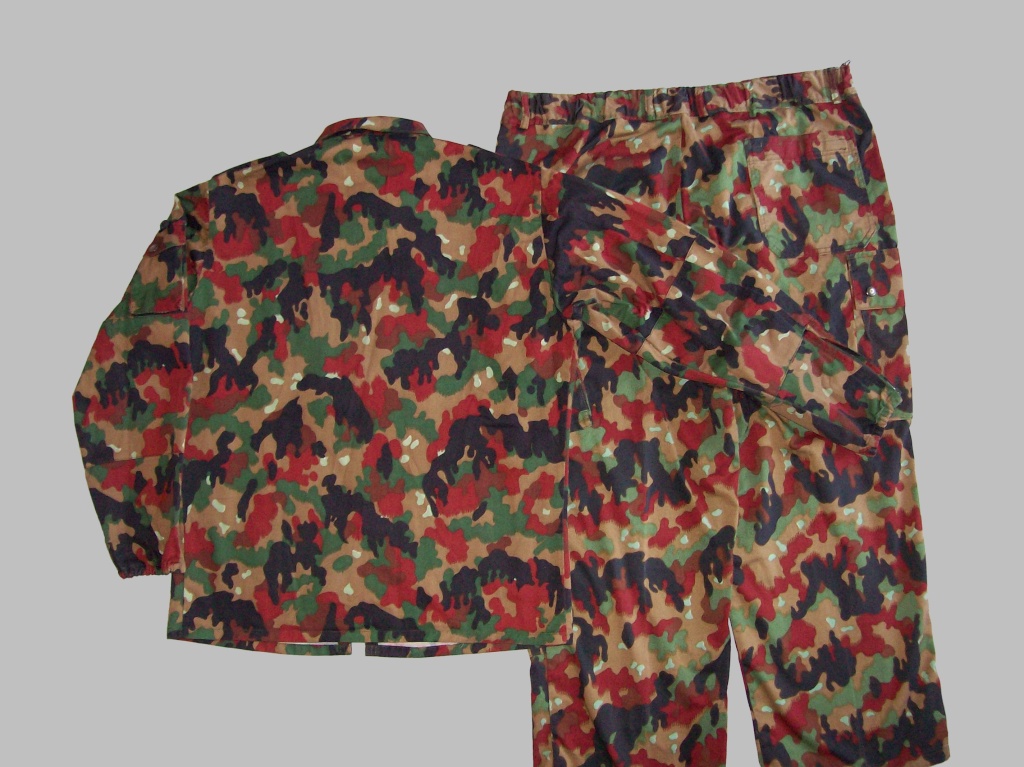 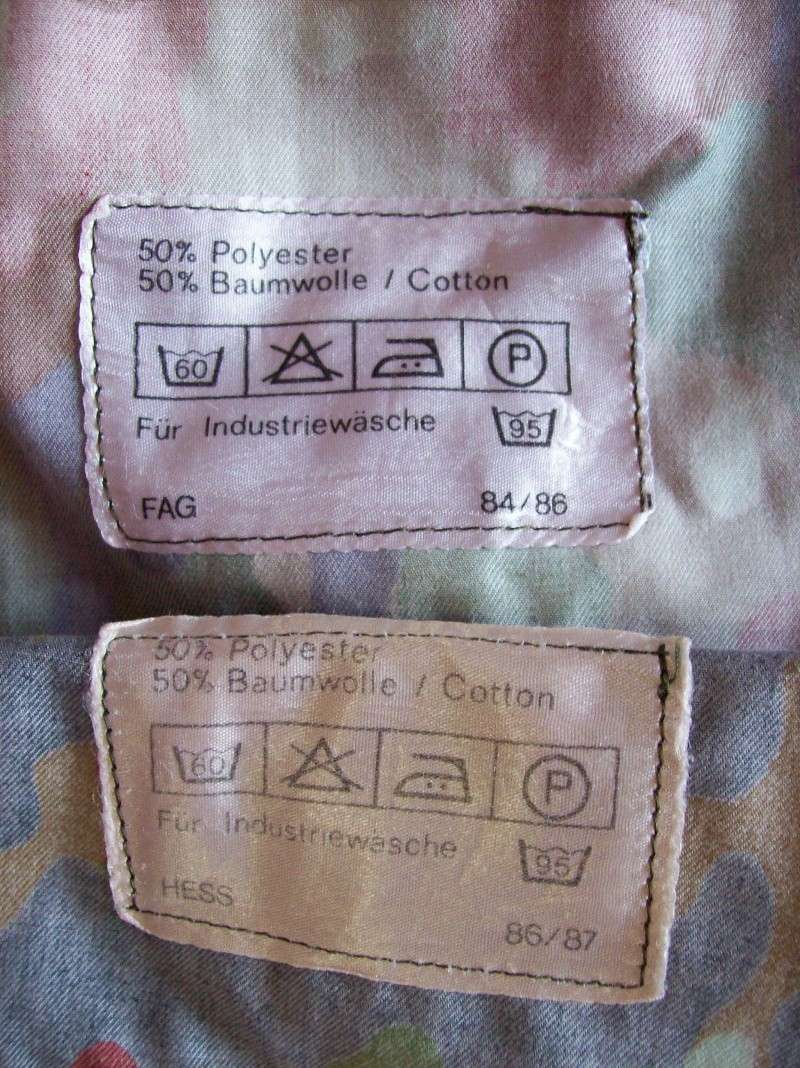 Has anyone ever tried to overdye the Alpenflage to make it a more practical and subdued camo patter ? I have a few sets and might have a go myself with an olive green dye .....

Damnit Steve but you have an extremely good eye. But now you mention it, yep, there are variations