So recently I got one of those plastic canteens to replace an earlier type canteen on an 80's webbing, which was an early 60's bottle
with green leather hanger, and then I wanted to put that one on a 60's webbing on which I thought I had a normal older type with raw
leather, but then I noticed it was quite different.

Here's photos of what I mean, first the plastic one, then a pic of an older canteen with the brown leather and wool cover, and then 2 pics
of the bottle type I have (these pics came from ebay, I have the same but with older leather without crowns and edge stripe).

What is this type actually? Some sort of repaired covers, or maybe specific to some branch or unit type? 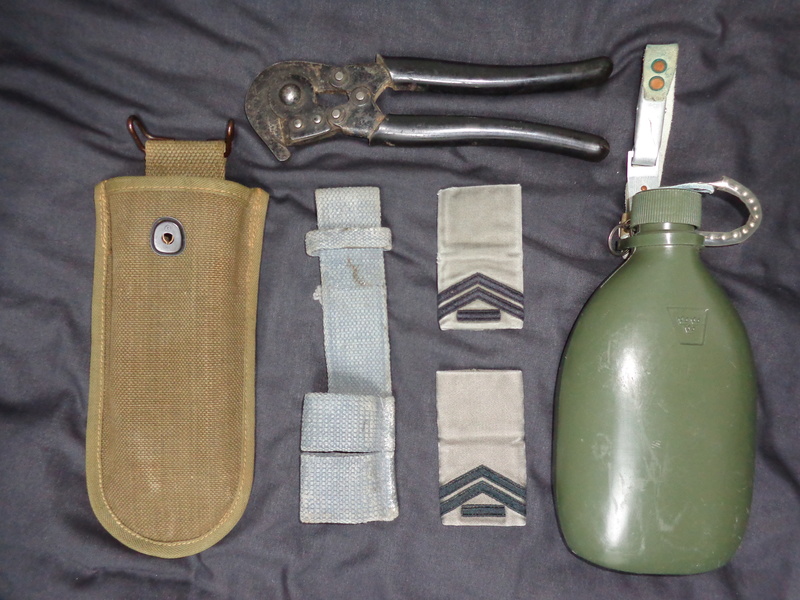 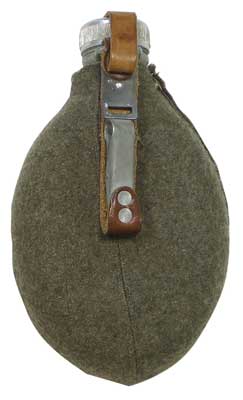 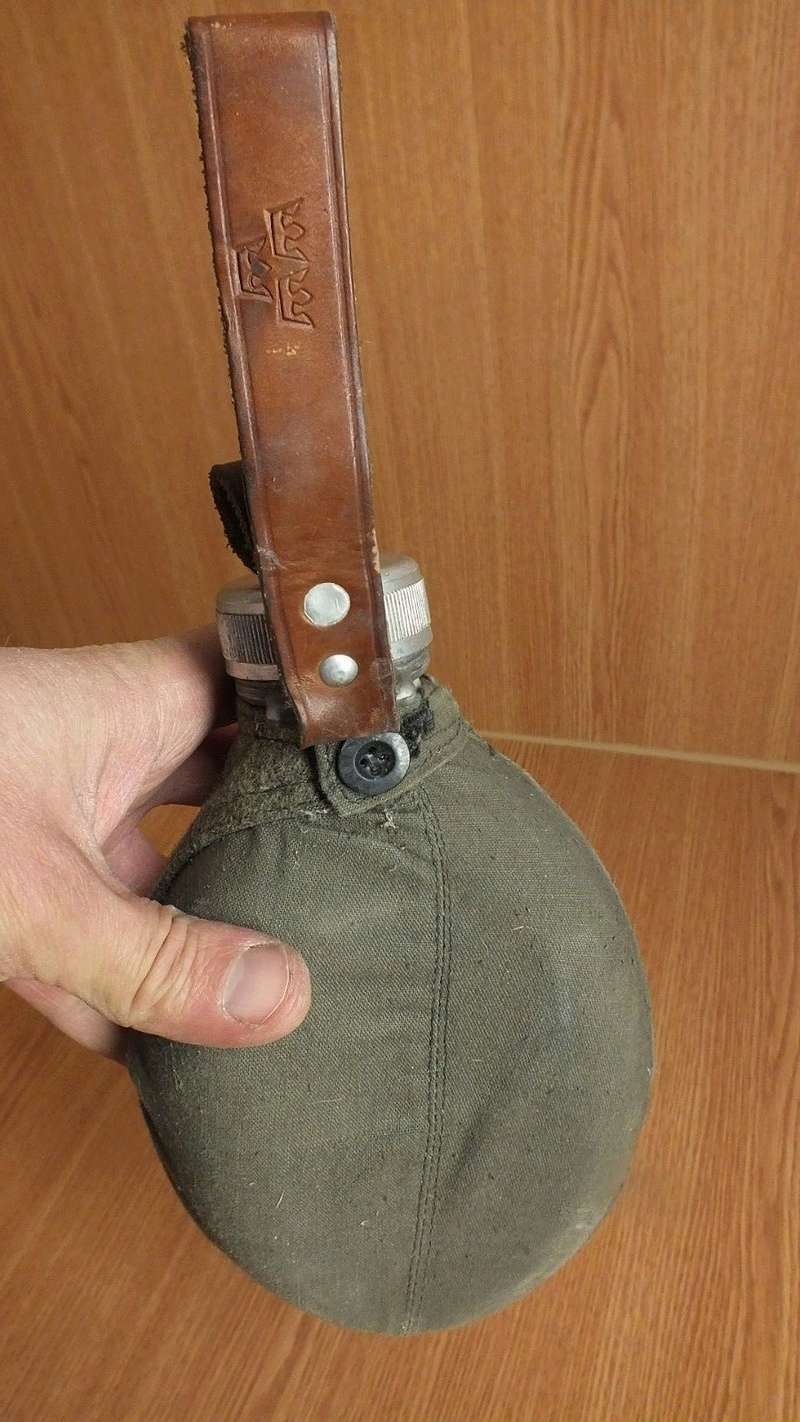 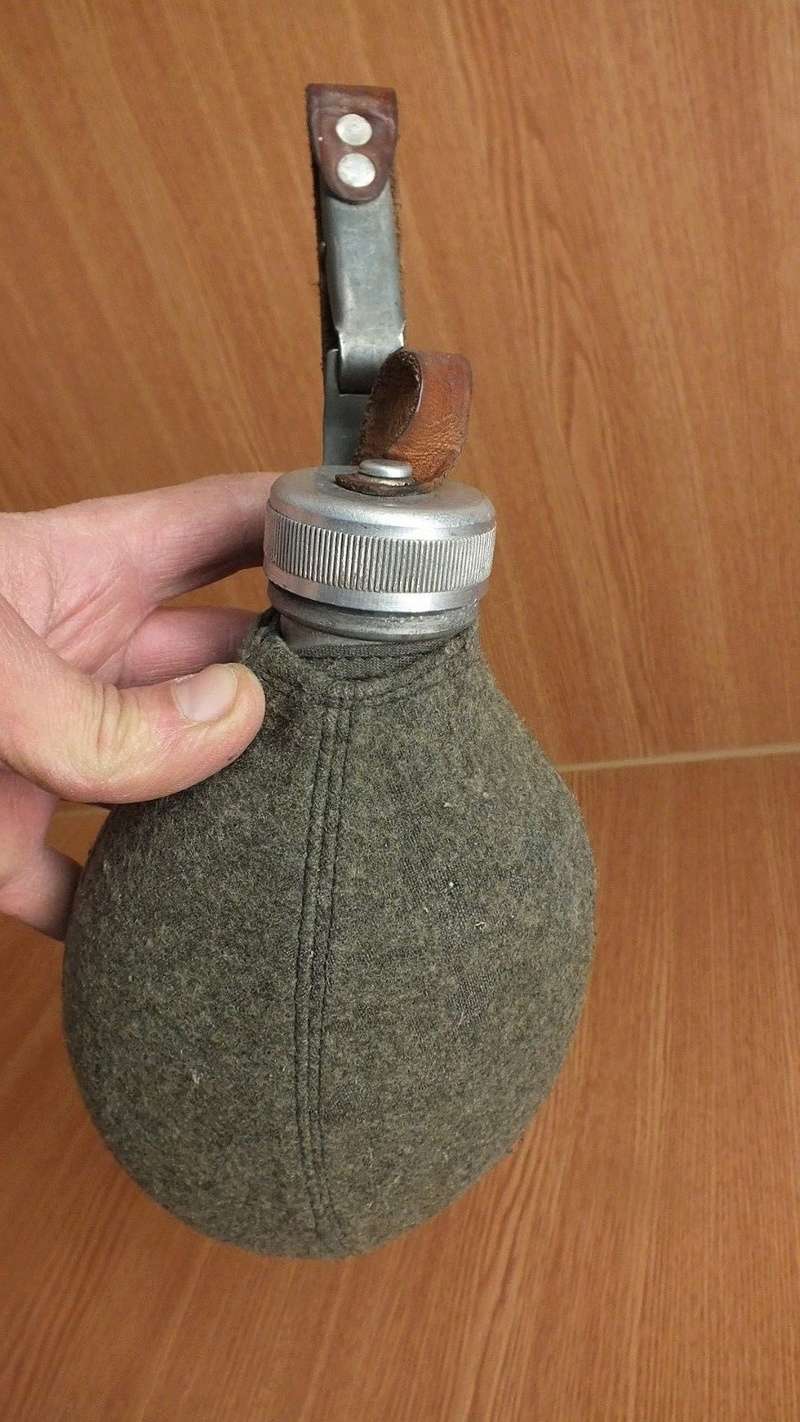 I don't think the type of material on the cover has any particular significance. I have seen some with wool, some with canvas, and various combinations of the two. They could be repair jobs that were done on heavily worn covers, or maybe just economical use of material by the manufacturer.

What's the story with the wirecutter pouch? KL?
michelwijnand

Ok, then I'll just keep it hanging where it is. If I would be sure it could be a WW2 era cover hen I could hang it on my WW2 gear, which for some reason didn't have one yet.

There seems to be quite a bit of variation in these canteens, quite interesting. I've seen 2 cap types, small and large ribs, of which I've also seen the smalll ribbed one in black.
And then mostly covers completely wool all around, some close with just the row of buttons bottons, others with the buttons and a leather strap with buckle, others just have
elongated ands on the cover that wrap around and attach to echother with a press-stud, and some have the elongated ends and a normal button.
And then there's the type with cotton back, which always seems to attach with a normal button, and sometimes look really shoddy, as they all seem somewhat different, which
lead me to think of the repair thing.

And of course there's the 2 later ones I mentioned before, I've also seen a wool covered plastic type with the old shape and a green strap, maybe there's even more.

I was somewhat hoping some of these differences could be generational differences dating them more accurately, like with the green leather hanger.


And yes the pouch is KL, I posted details in the KLu webbing thread, also an extra photo
Sponsored content