I recently bought this set off of a USSF soldier who got it during a training exercise with the Uzbeki Special Forces. It is named to a Colonel Yunusov Sh.S. This set has the pants, jacket, heavy winter coat, and cap. This set is an East German manufactured set that was sold to Uzbekistan after the fall of the Berlin Wall in 1989. East Germany sold off uniforms, helmets, weapons, etc. to whatever country would buy their surplus. For poorer nations, like Uzbekistan, the prices were reasonable enough to outfit portions of their armies.

This set belonged to a Special Forces Major. Notice the Airborne collar tabs. The Uzbeki Armed Forces patch is on the left sleeve pocket. The shirt appears to have had extra pockets sewn onto the front and the trousers appear to have had pockets added to the legs.

The heavy winter jacket has the soldiers name sewn onto the front. It also has a US Special Forces tab sewn onto the sleeve. This was more than likely done after their training with the USSF soldiers. 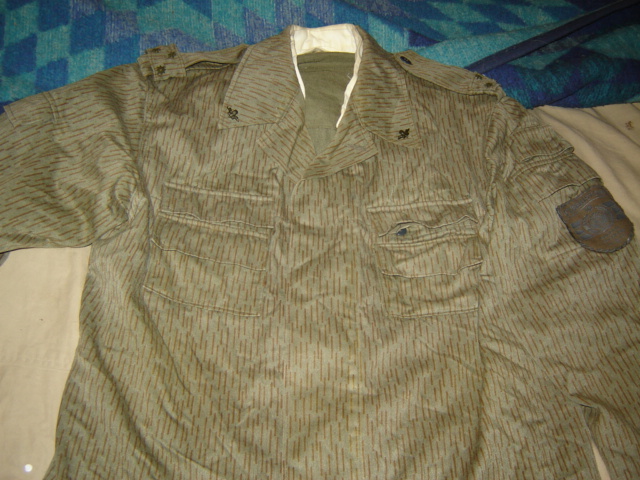 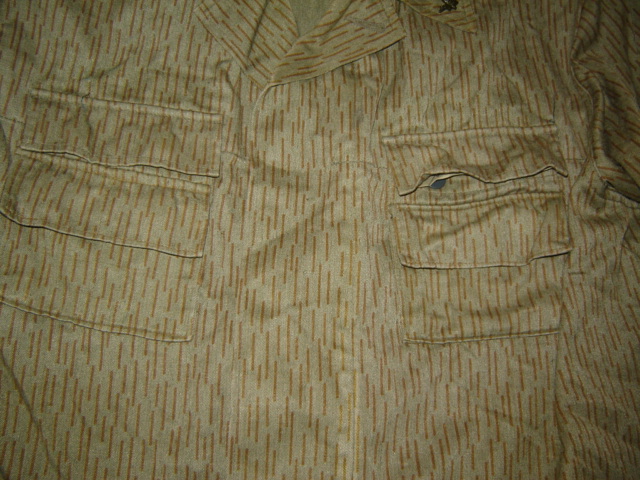 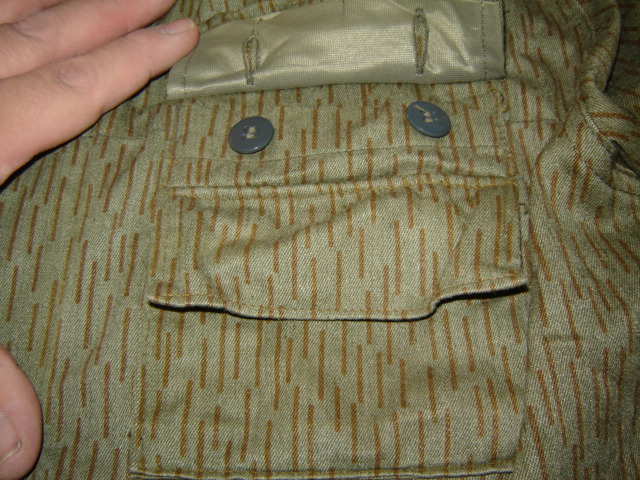 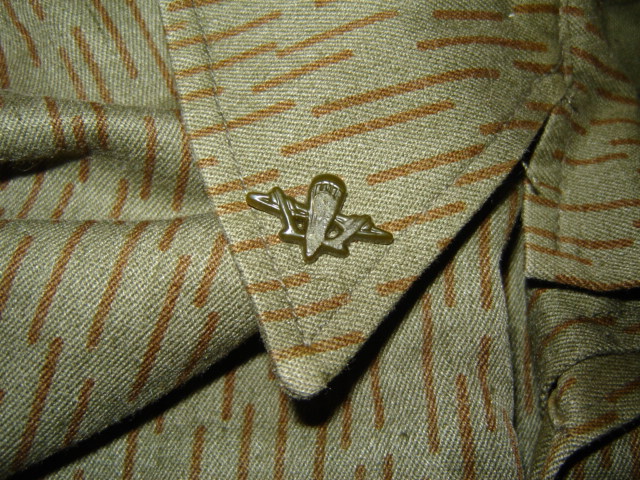 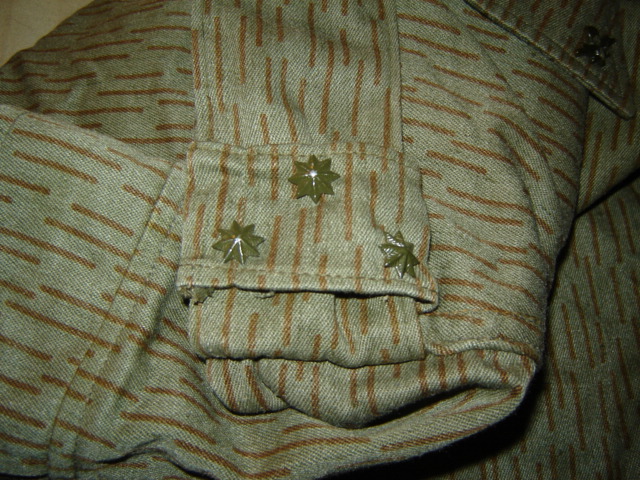 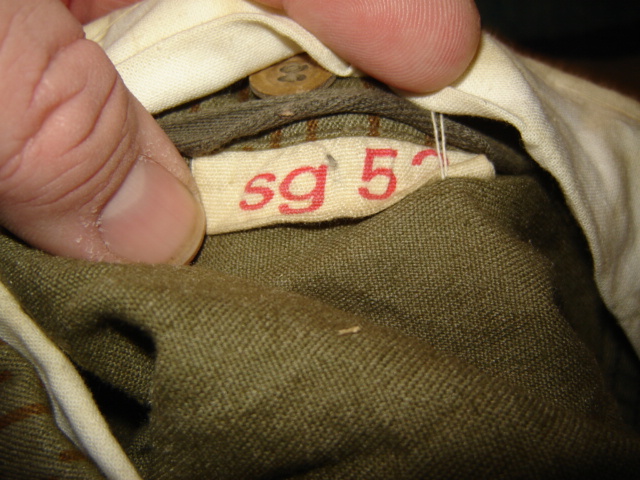 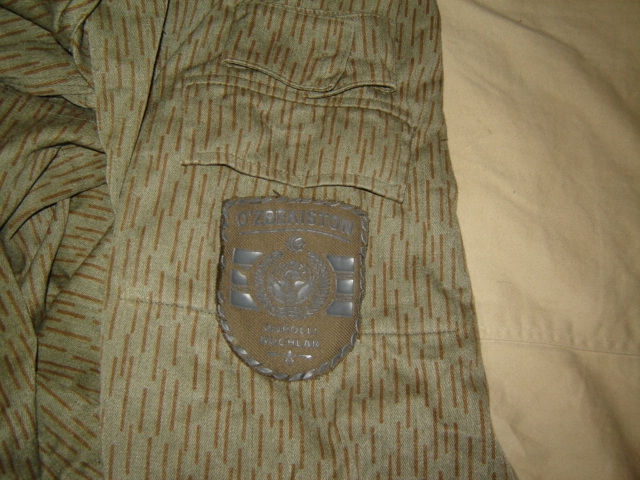 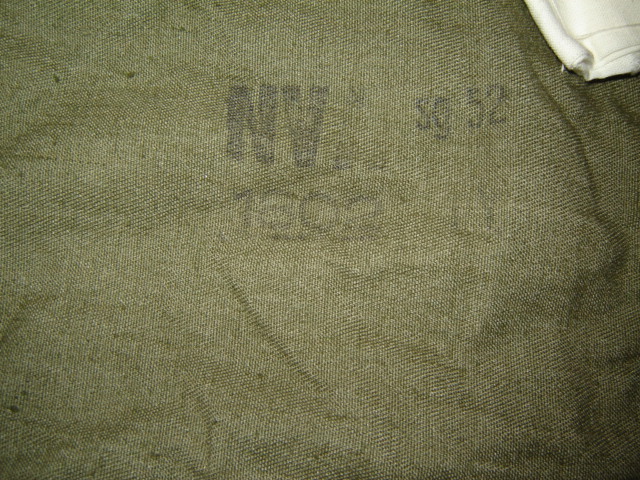 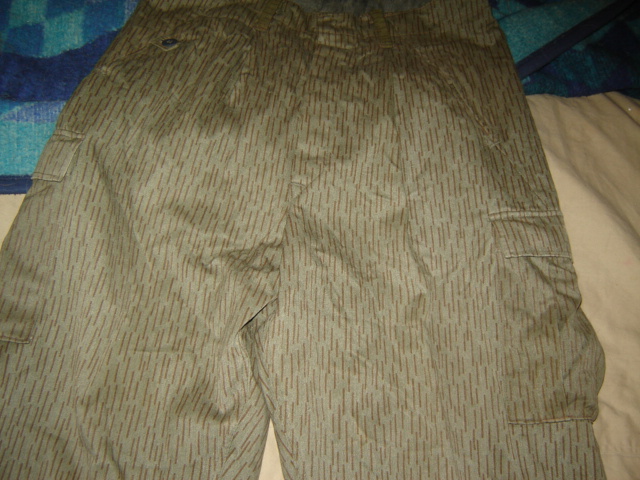 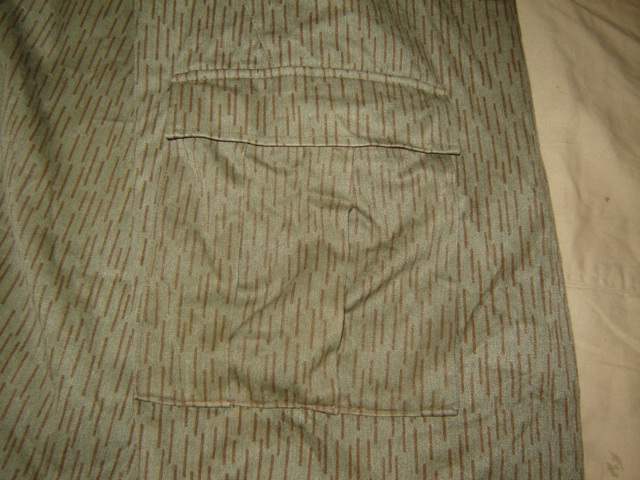 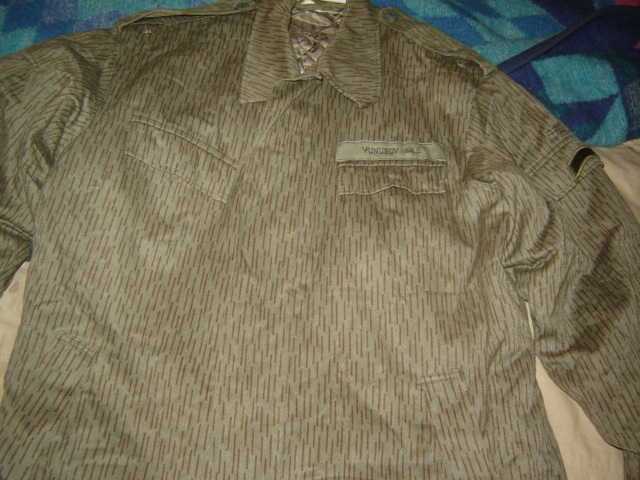 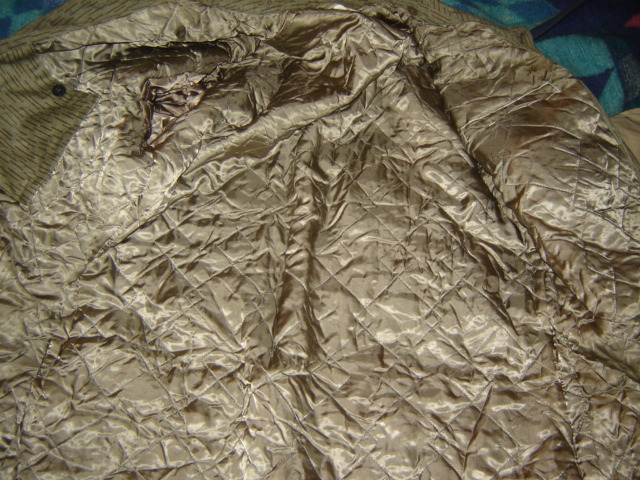 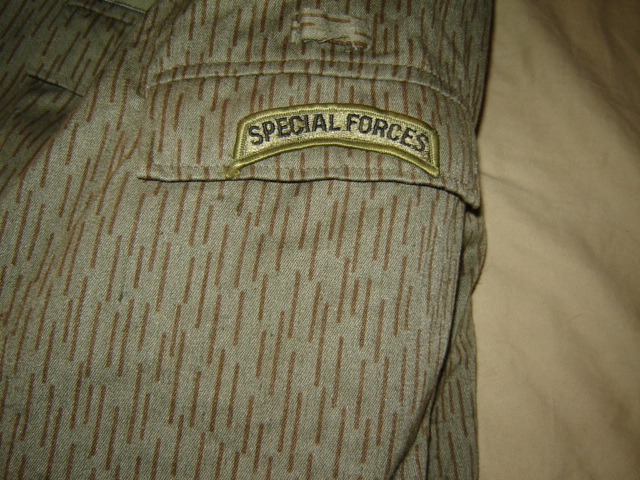 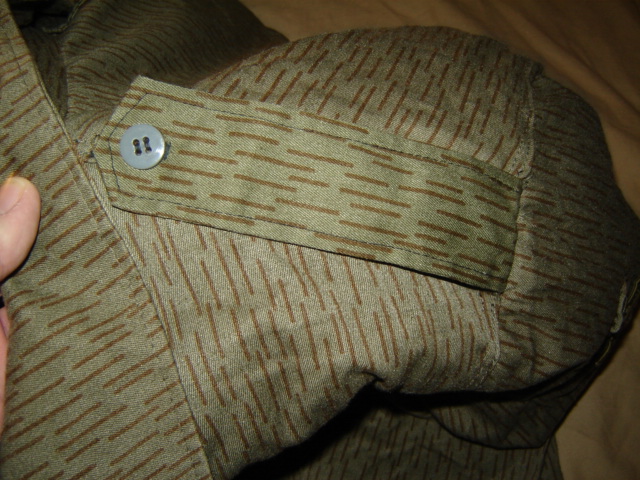 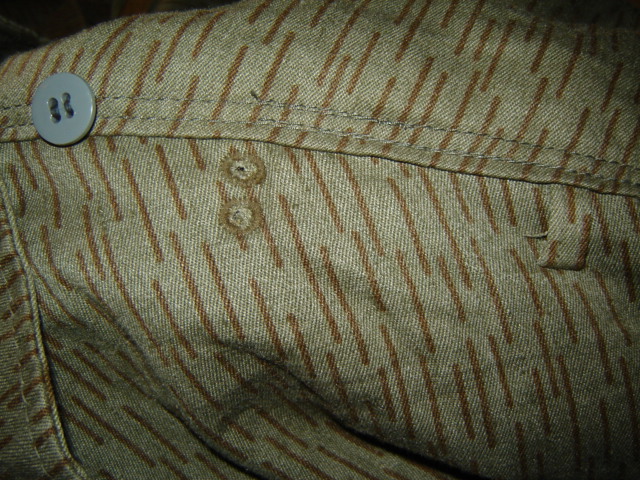 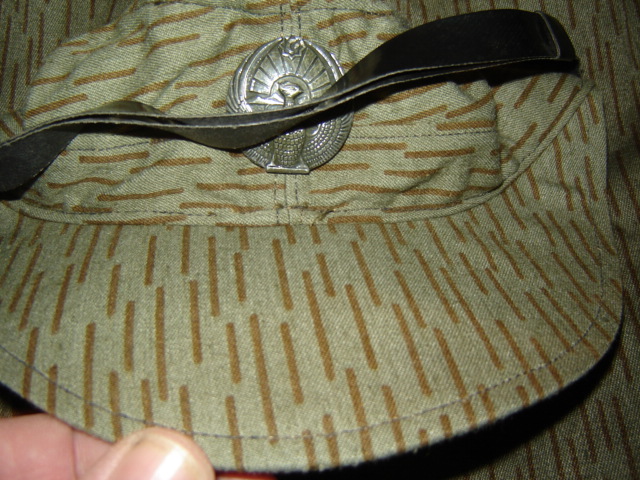 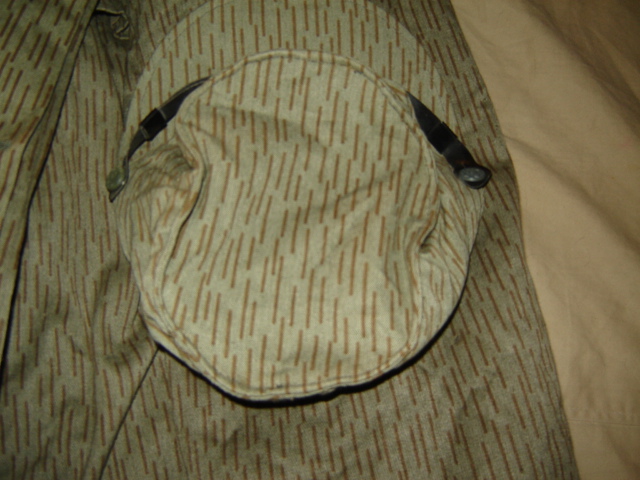 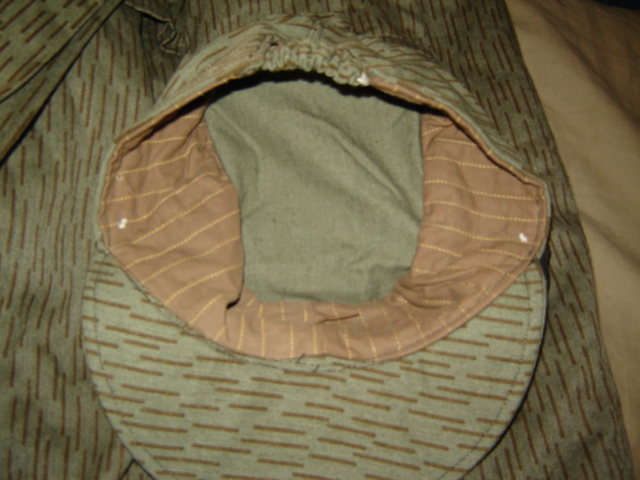 MOST EXCELLENT!!! that is for sure a GREAT find.... yet another country who procured some good old fashioned rain pattern....I am surprised Iraq has never aquired any.

bond007a1 wrote:MOST EXCELLENT!!! that is for sure a GREAT find.... yet another country who procured some good old fashioned rain pattern....I am surprised Iraq has never aquired any.

Iraq did acquire some of the EG rain pattern equipment. I have seen mag pouches, EG bayonets, etc. Not 100% sure about the uniforms.
Arch
_________________
Always looking for Central American militaria 1965 to 1991. Especially items relating to Coronel Velasquez El Salvador Armed Forces
bond007a1

Dear Nkomo!
Oh, but I am afraid that You mistaken or You have defrauded. This is because the uniform if You have shown - collected

Really - Uzbekistan has bought long ago party of the uniform DDR, but presently she nearly is not carried.
There is serious doubts:
1. The Stars on shoulder - small. They are made for younger officer: lieutenant -:-captain. For major and above - a stars greater.
Shown You belong to first lieutenant (not colonel)
2. Kepi is carried soldier and sergeant. The Officers carry another. This kepi cheap, plastic tape, not for officer
3. Kepi badge - this type for soldier and sergeant only. Beside officer badge another.
4. The Signs on collar - too plastic (the bad sign) Plastic signs carry only undermost. The Dear officer of the big rank never will carry the plastic - only metallic signs. Instead of plastic stripe - a needlework stripe.
Present the senior officer USA with sign of the soldier - similarly.
5. Name plate - never no beside Uzbek army. The blood type carry On this place.
6. The Stripe on sleeve - american and is sewn on not on its place. There is their own stripes special troops In Uzbekistan which carry as in America, near shoulder, but they absolutely do not look like shown by You.
7. Paratpoupers carry other type of the camouflage - this never was used. its carried service troops.
I can show all on photography, when understand as their fix on forum.
Sorry

Let me ask you this, could this uniform be for Unit Skorpion or Bars? The reason I ask is because the sleeve patch, I think, is for the Border Guards.

Unit Scorpion is a border patrol force between Uzbekistan and Kyrgyzstan/Tajikistan and is made of specialy picked conscripts who after eighteen month have a choice, to go back to civilian life or continue their service. The name Scorpion was given to them by people from villages on both side of the border where they apeared during tensions of two countries.

If Scorpion gets the reserves from yesterday's civilians prety much like American Rangers, Bars doesn't. Bars consists of real veterans most of whom are mature men who have already seen a war in Afghanistan (1979-1989), in Chechnya or in numerios conflicts. Bars is stil a secret unit, and not much is known except a few TV reports and stories of those who served there. There also has been a rumor that even foreigners mainly from Russia have trained in the unit, probably in exchange of experience. What makes this unit so special is that they are trained in mountain warfare, their name Bars speaks for itself. Bars is big mountain cat. Members of Bars are professionals in many aspects, like alpenism, hostage rescue, sabotage, deep enemy line infiltration, and recon.

You are correct about the rank. I was wrong. It is for a Sr. Lt.

The collar pieces are not plastic. They are green painted metal.

As far as the name tape, I think this was done for the US soldiers who they would have trained with. It is doubtful many SF soldiers could speak Uzbek, so their name tapes would have been in English for ease of communication.

When US SPecial Forces soldier do training missions with foreign armies, they REGULARLY trade patches/tabs. It is possible that this was given to Sr. Lt. Yunusov after his training with USSF and he could have sewn it on.

From what I understand, the USSF soldier collected this on a training mission to Uzbekistan in the late 1990's/early 2000. It was called JCET. JCET stands for Joint / Combined Exchange Training Program. This is where USSF soldiers go to foreign countries and train with their armed forces.

Honestly, this uniform doesn't bother me in the least. The cap may have been traded for with another soldier other than the Sr. Lt. (very common with USSF soldiers). What I know is this, it is a very rare variation of the EG Strichtarn.
_________________
Always looking for Central American militaria 1965 to 1991. Especially items relating to Coronel Velasquez El Salvador Armed Forces
nkomo

Photos of the Uzbekistan soldiers using the Strichtarn uniform. 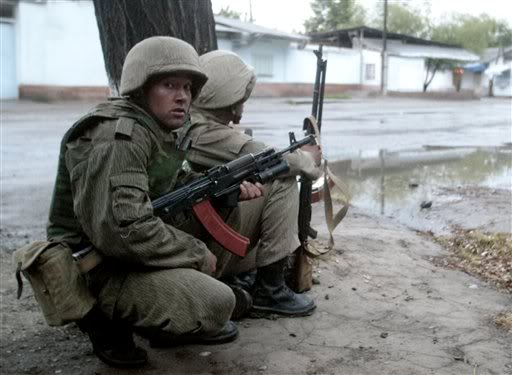 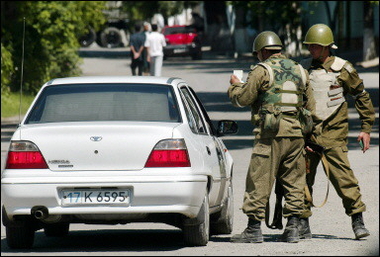 The bottom picture is from the Andijan uprising. The Uzbekistan Forces that were involved were the Interior Ministry and the National Security Service. The Andijan uprising was in 2005.
_________________
Always looking for Central American militaria 1965 to 1991. Especially items relating to Coronel Velasquez El Salvador Armed Forces
nkomo

Another picture of the Strichtarn in use by Interior Ministry and National Security Service troops in Andijan Uprising. 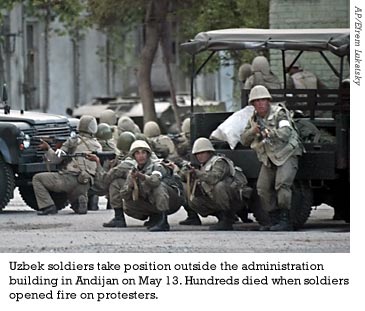 Dear Nkomo!
You absolutely rule govern on cause EG Strichtarn camo.
Beside me such no though I live in Uzbekistan

I have attentively looked the signs on collar - not uzbek, this soviet beside which have sawed;sawn off the star.
As to stripes - in Uzbekistan official alphabet - latin so problems with reading the inscriptions no.
The Uzbek stripes special troops on sleeve are made in english!
Probably they simply ed the stripe at period of the education.
The Soldiers in Strichtarn camo on photo - not "BARS". You may wipe its message? Give its e-mail please.
nkomo