I am also very jealous of the name tag!  I've got 4 variants of the desert uniform, not a single name tag even though one of the uniforms was worn by a guy I know.  Got his rank and some badging, but no name tag

Speaking of variants, I've been meaning to see if we can figure out what these dang'd things are called.  Here are the variants I know of based on pictures and items in my collection:

I am wondering if #5 is a Chinese fake.  I've not been able to find a picture of it in use and the only examples I've seen are from 2008 and brand new.  More telling, you can buy them on Alibaba.  There is also a picture of a Chinese female body guard wearing one during a PR stunt.  Since it is a radically different cut from all the uniforms AND the traditional cut was produced for at least another 5 years, I am suspicious.

Any info from others?

Thanks for your comments guys...Finding the Norwegian set  was a pleasant surprise...

Steve, Have seen the sets for sale on Alibaba  but  only the woodland version  so far.   Obviously commercial ; they would be great to wear hiking and camping.

Don't think all # 5s  are Chinese fakes though... Have seen that cut in both woodland and desert patterns with  legit tags here and elsewhere, and I am looking for one of each pattern..


BTW, I forgot to post a photo of the non ripstop set... 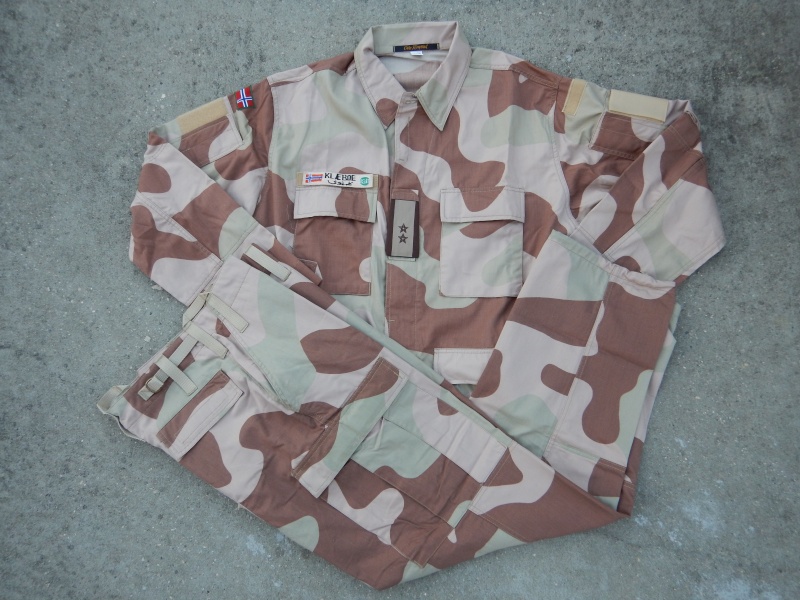 ripcord wrote:Thanks for your comments guys...Finding the Norwegian set  was a pleasant surprise...

Finding anything Norwegian is a surprise

Don't think all # 5s  are Chinese fakes though... Have seen that cut in both woodland and desert patterns with  legit tags here and elsewhere, and I am looking for one of each pattern..

So far I've only seen #5 on Alibaba, a Chinese propganda video, and a handfull of collections.  From what I can tell they are all dated the same and definitely look to be legit.  That said, the fact that Alibaba is selling them is an immediate and large red flag since these are highly controlled uniforms.  And as of now all the examples I've seen are brand new and I've not seen any pictures of them in use by Norwegians.  They are also not shown in the Norwegian military's uniform guide for service members even though they are totally different from all other uniforms in service, before and since.  The latter may or may not be relevant (i.e. if this is special forces it might be in there), but I keep returning to Alibaba.

As for your uniform, is that a 2006 made set?  I have pics of a 2006 ripstop with the same black manufacture's labels.

The labels for the non ripstop set 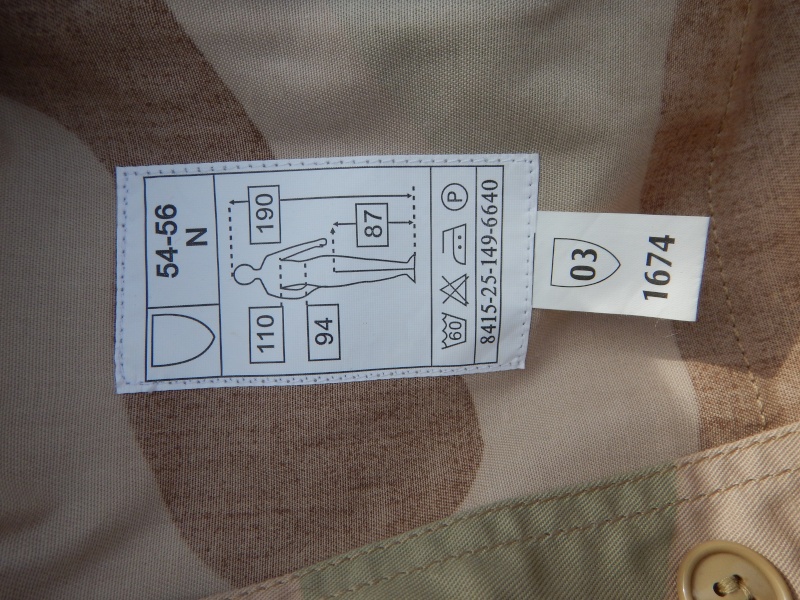 Label for trousers is identical. 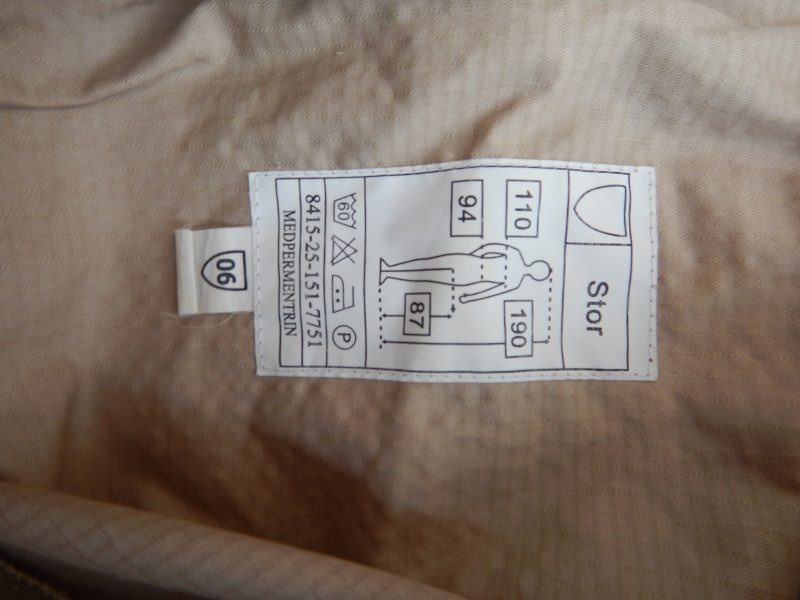 Label for coat is identical but dated 2008.. 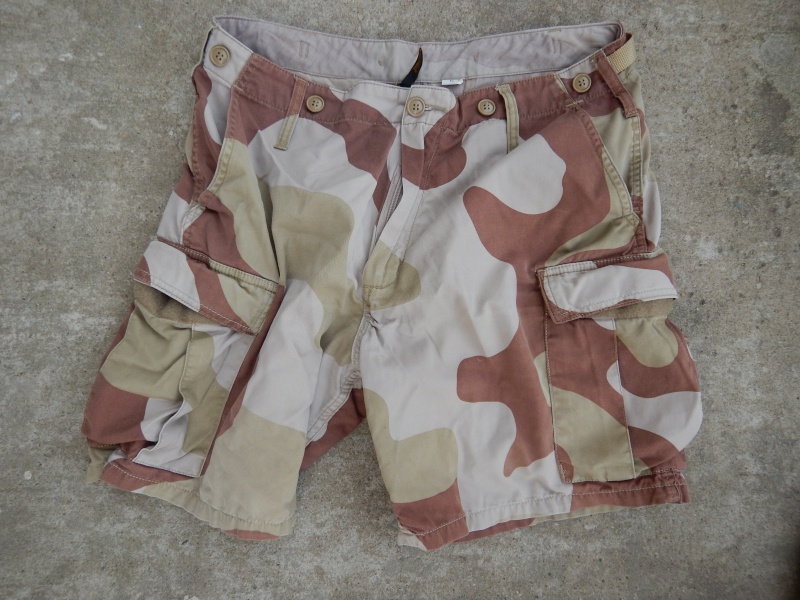 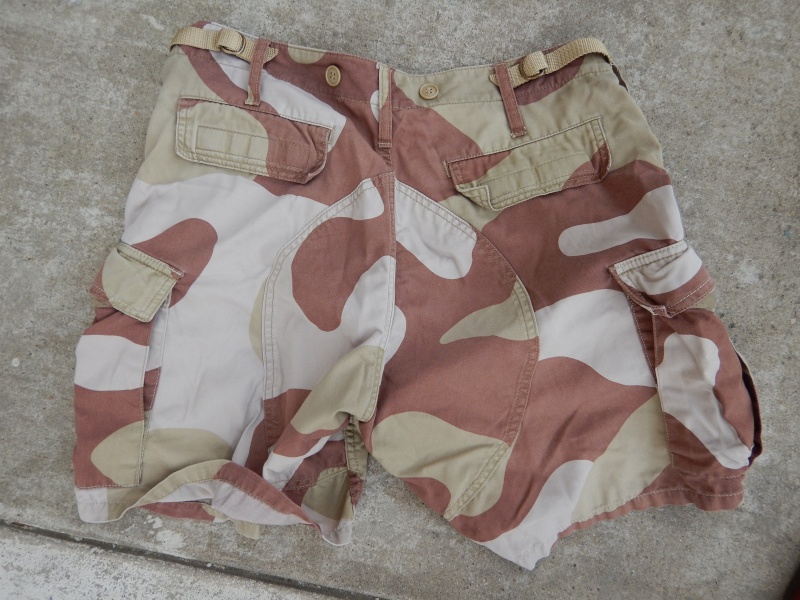 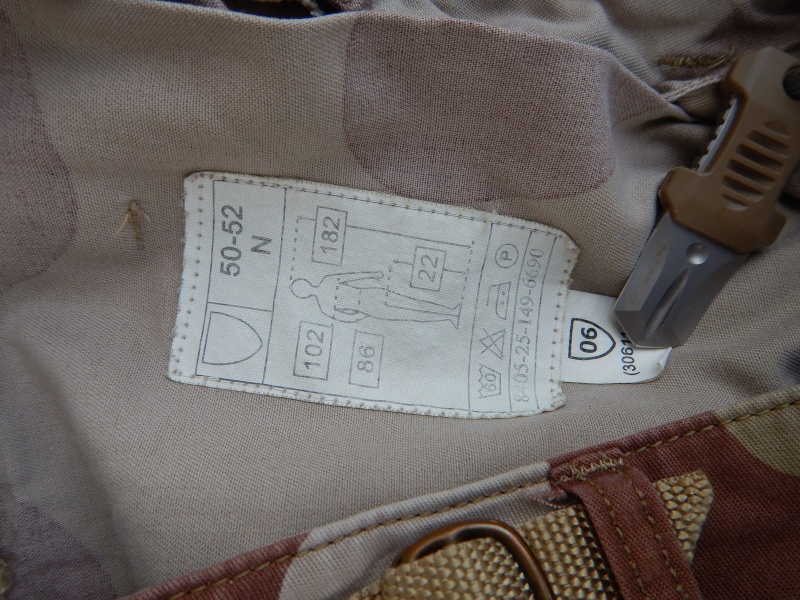 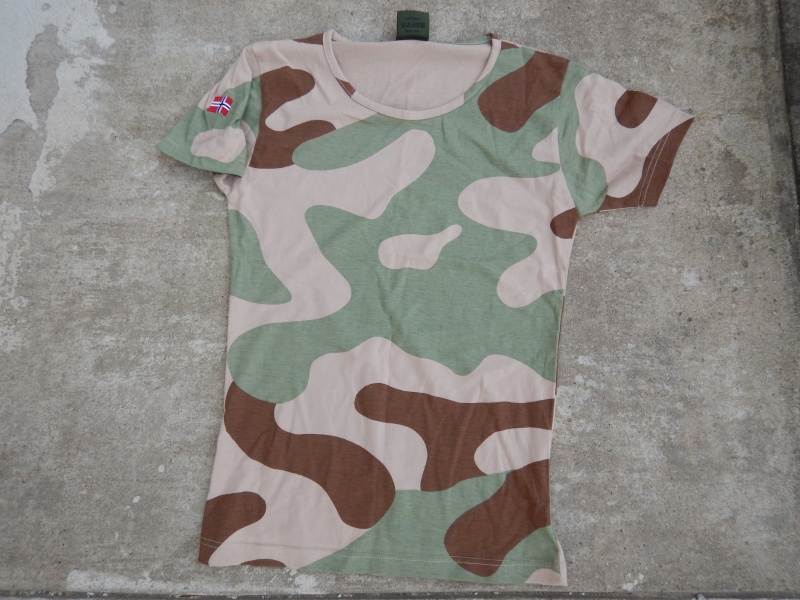 Your 2003 non-ripstop set must have been among the first ever produced as I have the previous type (no arm pockets) and it is also dated 2003.

I forgot to add that there is a sorta variant of the ripstop set. The more recently produced cloth (2013) has a more distinctive grid pattern than the earlier type.  Here's a comparison, though the camera flash makes the difference less noticeable. Older type is on the left, newer type on the right: 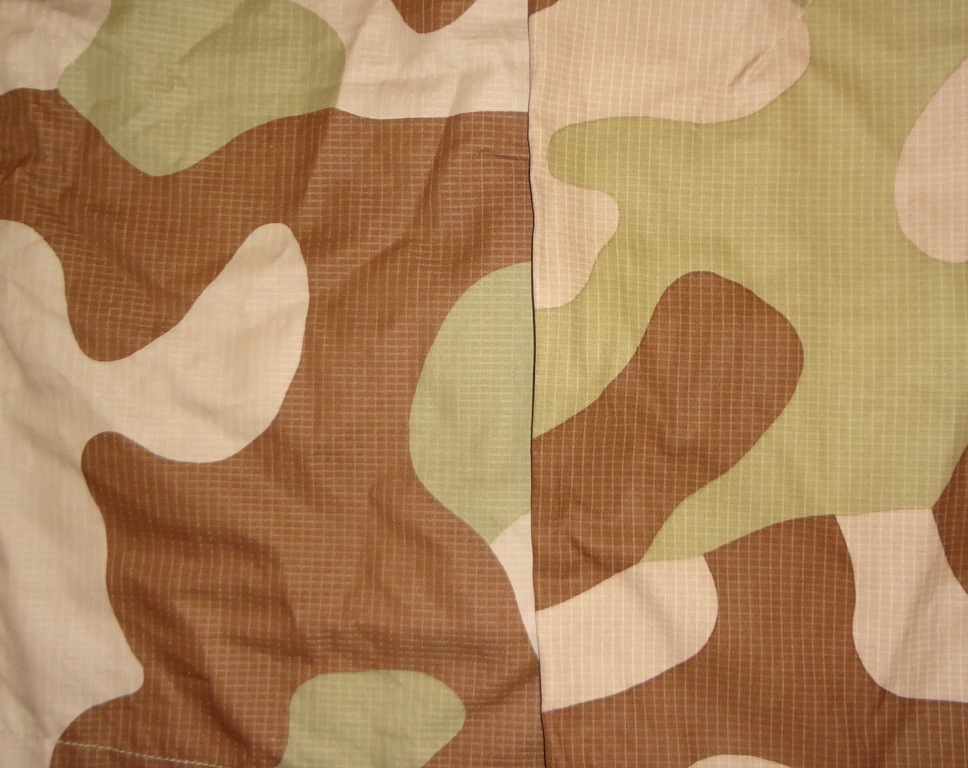 I can see the difference.

The grid  on the left has  distinctive " bumps " .  Looks less pronounced on the right..

Interesting.. Can you post a photo of the whole garment ? 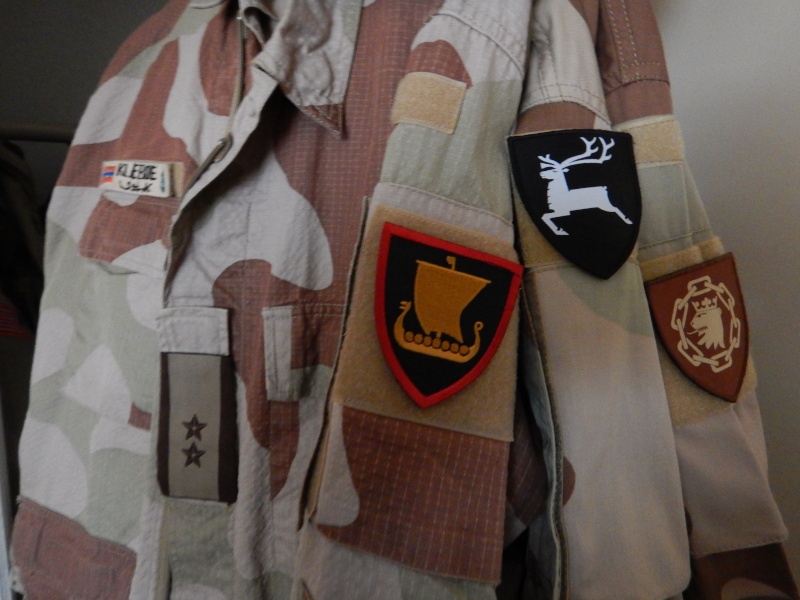 Yup, I'll do that. But there's no differences in the cut at all. If you've seen one you've seen 'em all

I see some wrong information here, but I will try to explain when I'm home from work.

If you are wondering on something.

ask the question and use numbers for each question.

I'm not an expert so not trying to be the  "smarter guy then others" here.
Also, not an expert in english, so to answear correct can take some time.
ripcord

Most of us here are collectors, not experts, so any correct  information is always welcome, not taken as an insult ...

Norwegian patterns are among my favorite, so I am looking forward to hearing from you...

Yes, more information is always a good thing!! Especially because I asked for help 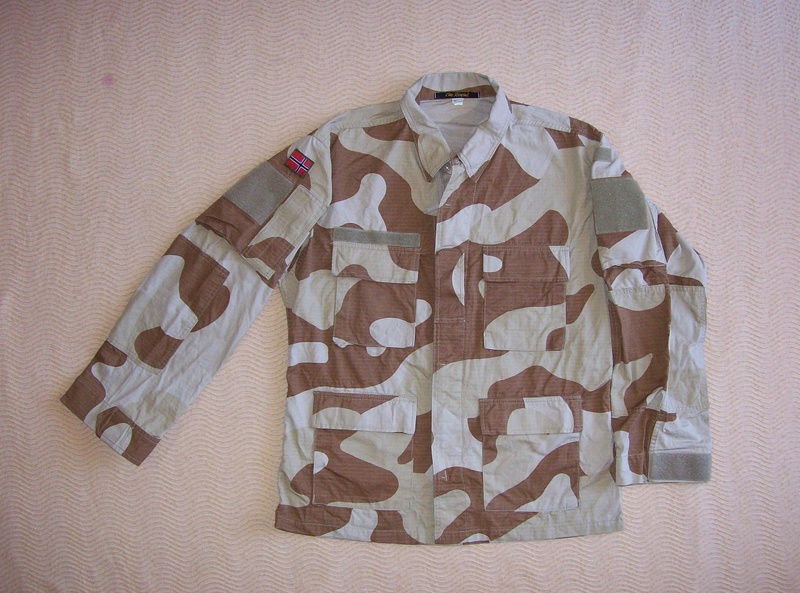 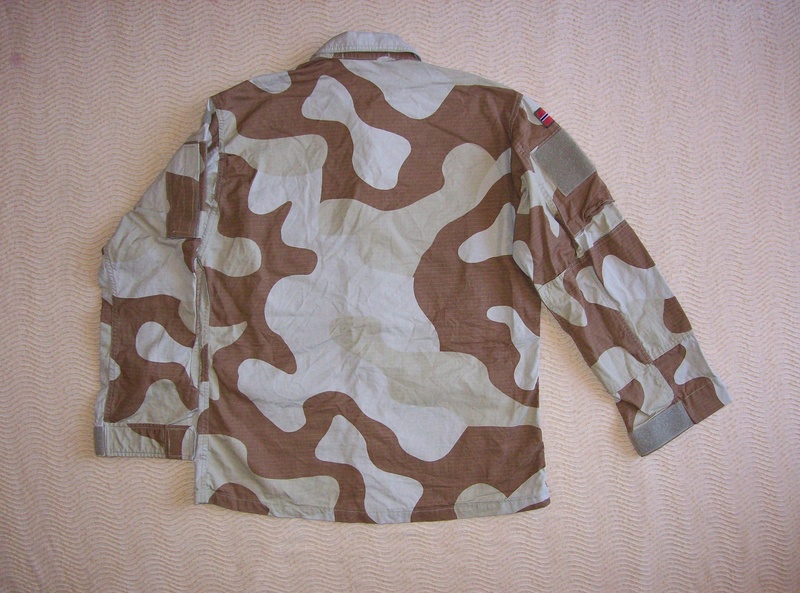 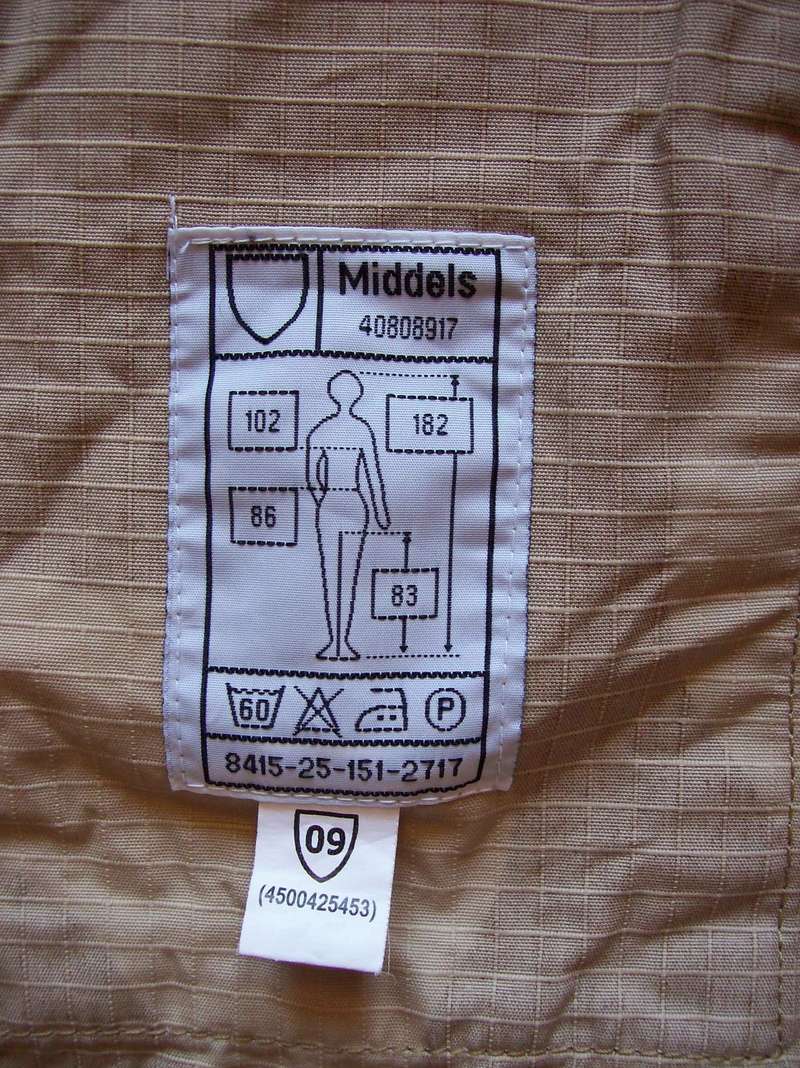 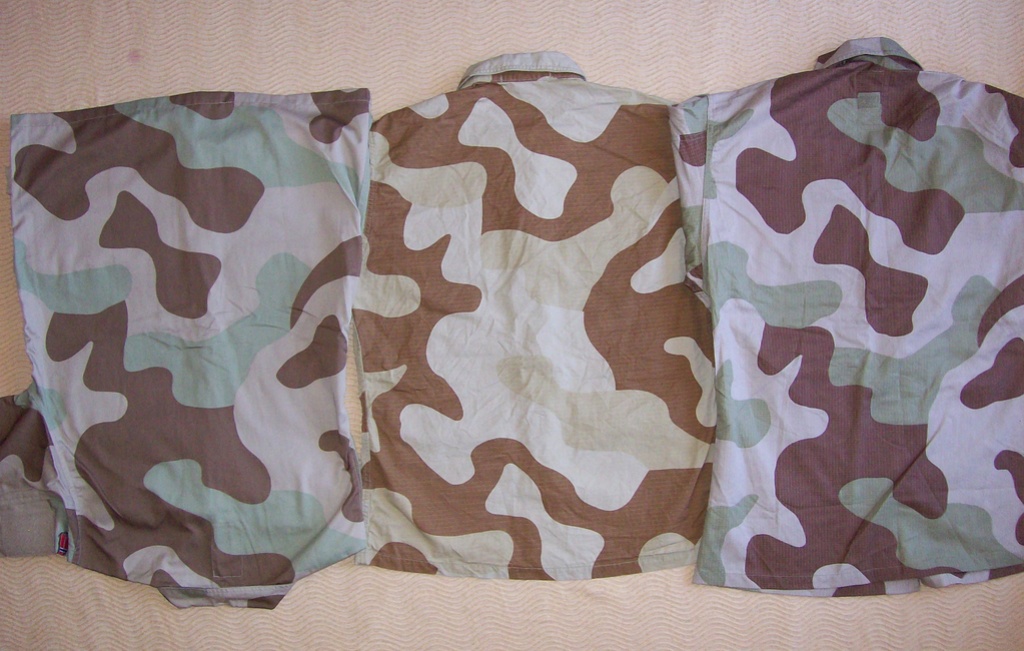 Well now that's a strange jacket you have there! Different colors *and* reversed screens. I wonder what the story is behind this one.

CollectinSteve wrote:Well now that's a strange jacket you have there!  Different colors *and* reversed screens.  I wonder what the story is behind this one.

Hello Steve
You have a set identical here https://iacmc.forumotion.com/t6276-norwegian-different-desert-camo-patterns

I remember that post and I save the picture. However, I didn't notice the difference in colors! Your comparison picture was much clearer. Thanks for posting it. 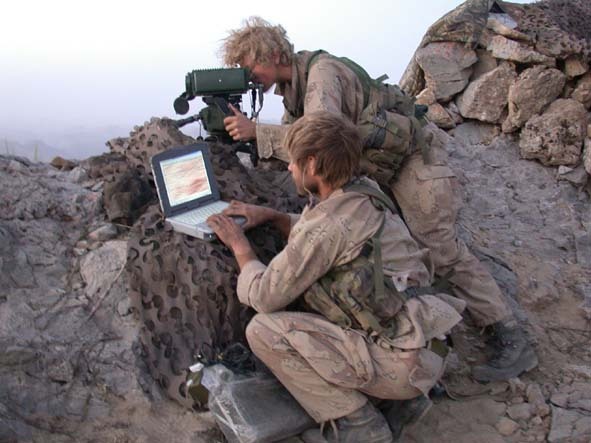 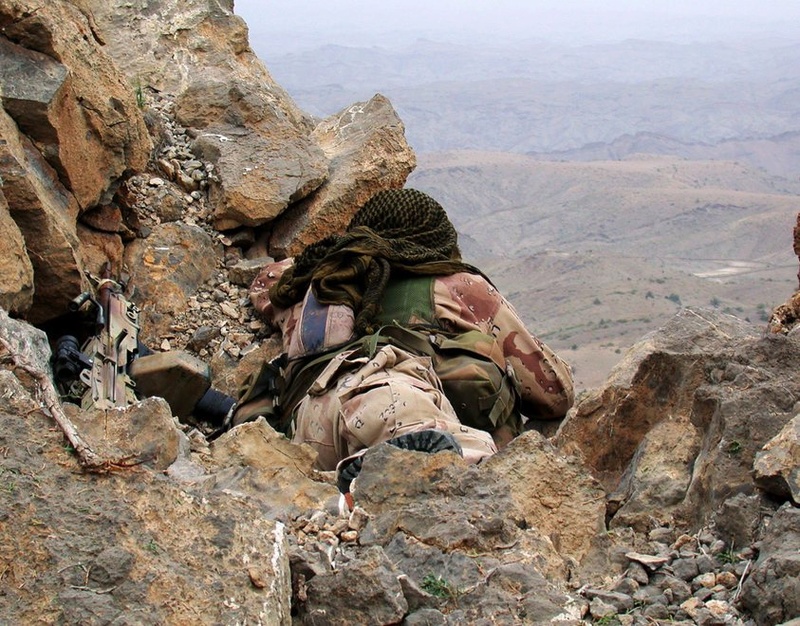 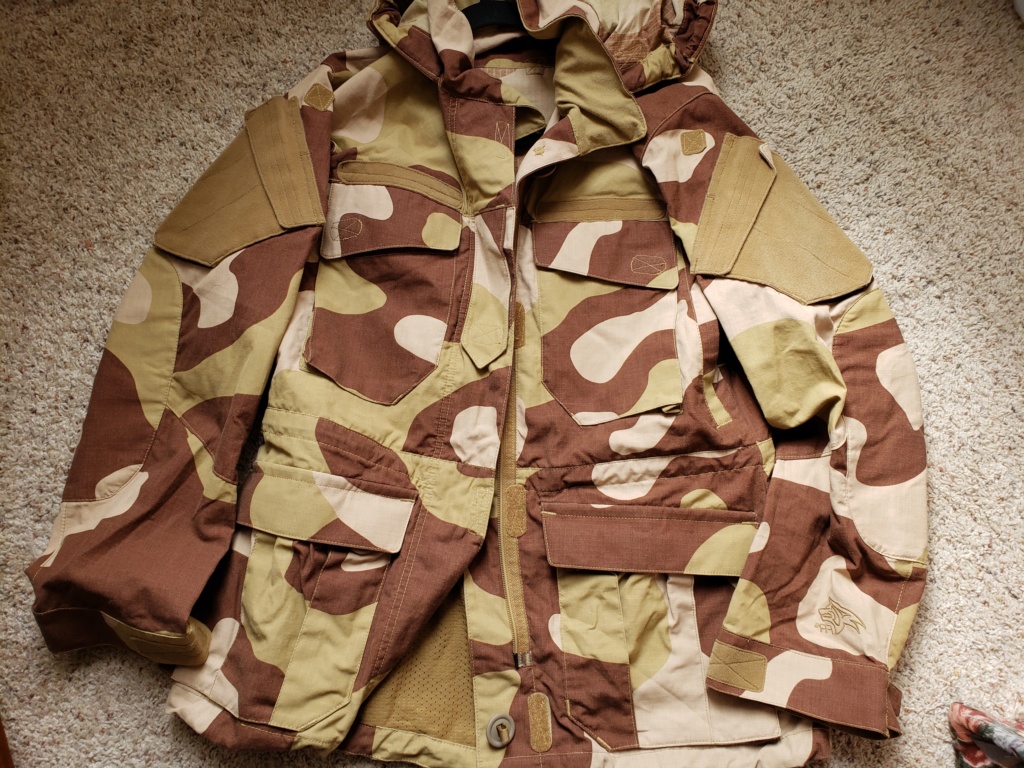 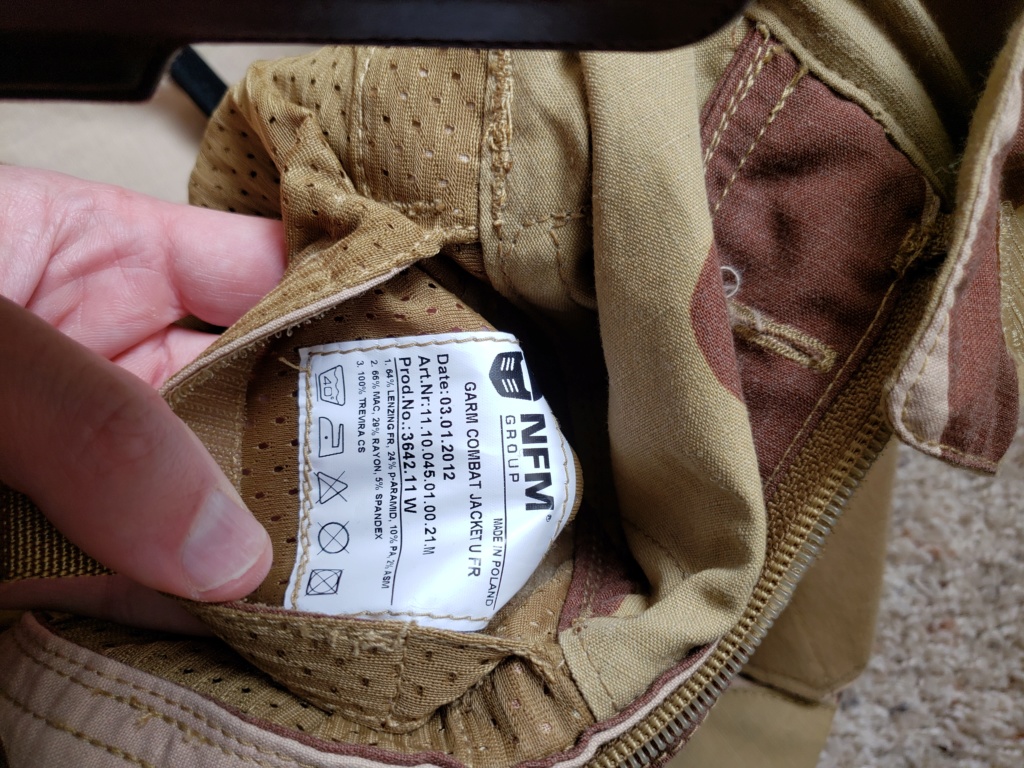 And one really nice pattern.. 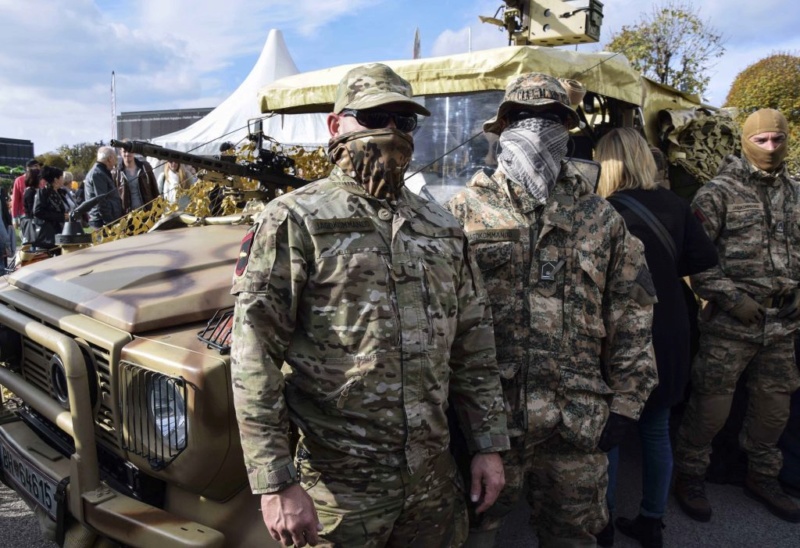 The cut of the NFM smock is veeery similar to the digi camo smock which was used by the austrian SF....
Looks like we copied the cut almost identically.

true, i need that to go with my Austrian uniform
Bert353

And, am I correct to say that the norway desert base uniforms are cut like the US BDU's?
also, I'm very curious to see a foto of that Garm combat jacket worn?
and also Curious how that feels all that technical tissue? is that a comfortable jacket to wear?
Sponsored content