Think this is Spanish and very nice except for the fact that it looks as if it is missing the top closure flap??? 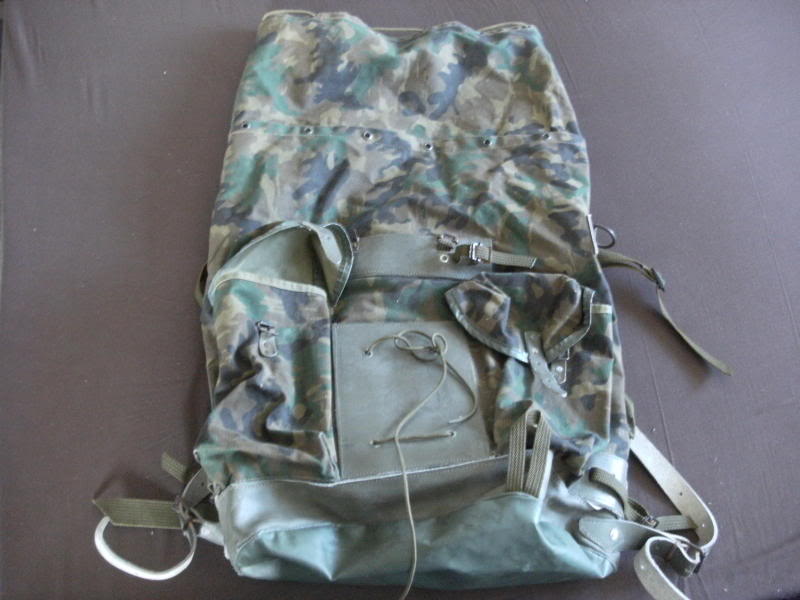 Nice one Rich, pretty unusual thing that, I beleive the Spanish SF types wore camo in that pattern

Cheers Gary,yep,unusual hence why i went for it(dont collect Spanish)just a bit miffed about the missing top flap.
Solideo

Yes it´s Spanish, it was used for Legion during mid-late 80´s and early 90´s.
Bury_Dave

Bury_Dave wrote:Nice ! Looks a bit Swiss TAZ 90 too doesn't it ?

It´s exactly the same pattern that old Spanish amoeba ones, the difference is in colours but using the dark woodland tones (others were "rocky and desert" and a lighter one for coe . This pattern is quite difficult to find right now because it was made in limited editions (there are 3 variations of it: 4 pockets in legs with embroided Legion straps, 2 pockets in legs embroided straps and a 2 pockets one without Legion shoulder straps embroided)

It was made more or less in 1986, as Spain had just went into NATO a few years ago that pattern was not the correct one, so probably it had been made before or contracted it´s made before that. Spain used it for Legion and it was used for many years untill early 2000 because veterans used to sell it when licensed to other legionnaires. The problem is that those uniforms have been used for so many years and were so appreciated by us that most them were distroyed because of its use.

Does anyone please have a pic of the missing top flap on mine,how did it attach and what if any are the chances of finding one or should i just get rid or the rucksack?

Thanks for the explanation Juan. Very interesting.

Been in touch with the chap i bought it off asking if they have(or ever had) the missing flap thingy-if they dont then it will probably end up for sale or as a trade.
Solideo

I am able to get the complete bag, the flap alone is going to be difficult, quite difficult...
Gulf91

If of any use to anyone im open to offers for the backpack.