This is a Hungarian M70 helmet with M87 camouflage cover. 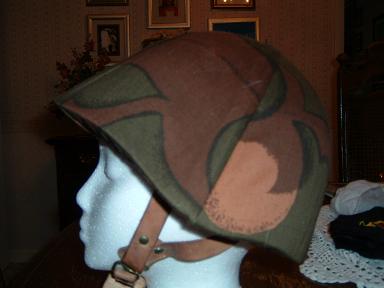 Same Hungarian M70 helmet with experimental green camouflage cover. I have seen this on a site out there as a cover used by peacekeeping forces. 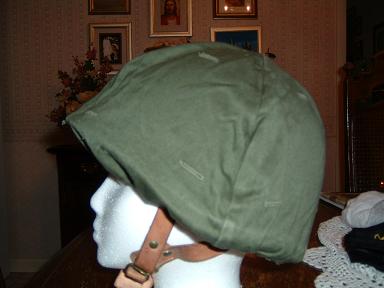 The OG cover was issued only for peacekeeping troops wearing the OG (M65) uniform (IFOR), although theoretically it should be an issued item for every serviceman, especially because the "shiny" surface of the M70 helmet. But the average conscript soldier serving in Hungary has never seen such a helmet cover during his service. Anyway technically we can't name it as "experimental", because the issuing those covers was not an experiment, better a "limited use".
In comparison, we can call the OG M90 suit "experimental", because that uniform was issued to the troops as a large-scale troops' experiment. Just when the uniform was adopted, it was made in the recent 4 colour print pattern camo.
Easy Gee

Extremely nice lid,and cover, these if memory serves me rightly , have an excellent padded liner over the M50,and have a 4 point chinstrap.
The M70 are often mistaken for the Czech M53 ,but the Hungarian lids are far superior ...cool thanks for showing